Over the past few weeks, I have been working on the Caramel CRC that can be found on PrintedNest. The instructions that come included with this car are extremely detailed and all of the files have the ability to print with no supports, saving a large portion of filament from being wasted. The website also indicates the recommended electronics, making the assembly of the car far more streamlined than having to guess which parts would be ideal.

As I continued to print the pieces for the body of the car, I started working on the subassemblies of the chassis. The front sub assembly contains the steering servo and the front axle itself. One issue I encountered was that the servo was over-rotating, causing the axle to point the wheel farther than it should. I believe this was caused by some misalignment issues which I fixed by reprinting the parts of this subassembly.

The middle subassembly is mainly the housing for the battery, speed controller, and receiver. The back assembly contains the motor to power the rear wheel drive of the car. After finishing the three subassemblies, I was able to connect them to create the body of the car.

Prior to assembling the car, I ensured the electronics worked together and did not have any connectivity issues. By using some temporary wire connections, I confirmed that I could control both the steering servo and motor simultaneously. To improve the wiring, I changed the connections to XT60 connectors through soldering as they are far more standard for RC cars as opposed to other connectors.

To make the car functional, I used a Quicrun 1060 Brushed ESC, a 27T 560 Brushed motor, a 4600mAh 2-cell battery, a magnetic sensor servo, and a Traxxas receiver and transmitter. All of these parts are linked on the PrintedNest website linked above.

I also have the wheels of the car printed using 6700ZZ and 6702-2RS bearings from Boca Bearings. I attached a picture of the wheels below and I’m very happy with how they came out. Using metallic blue wheels and purple tires, it gives the car a distinct Boca Bearings look. 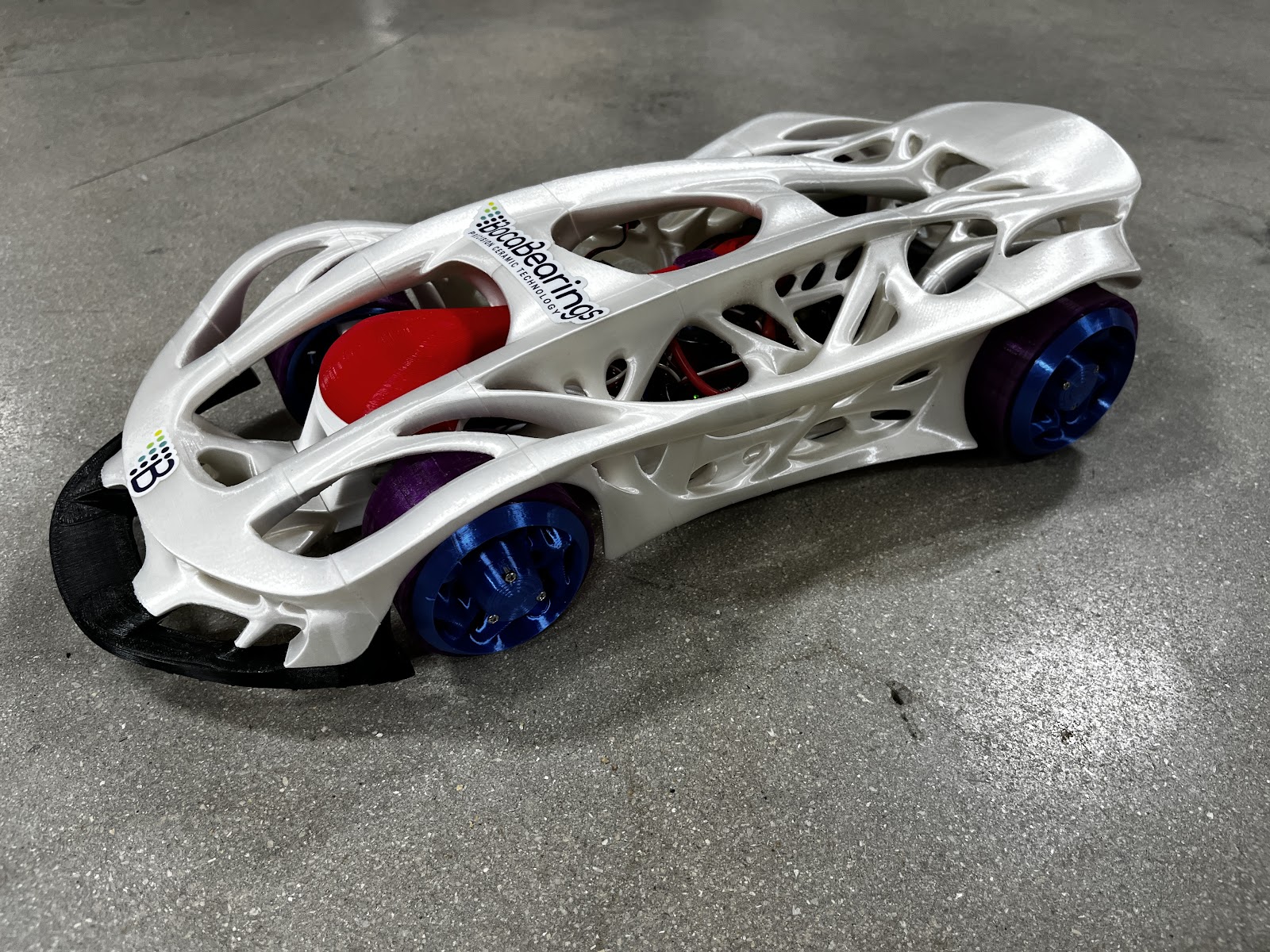