For my next project I decided to do something a bit more ambitious than an r/c car: a project that combines a lot of skills and something that I could really learn from.  I decided to build a drift trike.

At first I wanted to get a sense of scale for the chassis I had in mind, so I mocked up what I wanted the frame to look like on the floor with blue tape.  It actually worked out pretty well, as I could measure the pieces I needed to cut and bend accurately in order to make it a reality.

Once I got an idea and a sense of scale of the chassis I wanted to create I went about drawing it up in AutoCad to scale.  I wanted it to be strong enough and have enough room for a big engine, as I had a particular one in mind: https://www.harborfreight.com/13-hp-420cc-ohv-horizontal-shaft-gas-engine-epacarb-69736.html. I also wanted it to have enough room behind the rider in order for it to be mid engined, so that it has better weight distribution across the board.  Looks were also a consideration when designing this chassis. I wanted it to have a certain presence that most other trikes don’t have.  A wide wheelbase along with wide go kart tires on the rear naturally make it stand out, while also being functional in terms of balance and grip on the rear. A low center of gravity was another factor of consideration for me, so I made sure to mount the pillow blocks for the rear axle on top of the frame in order for the entire chassis to sit as low as possible. 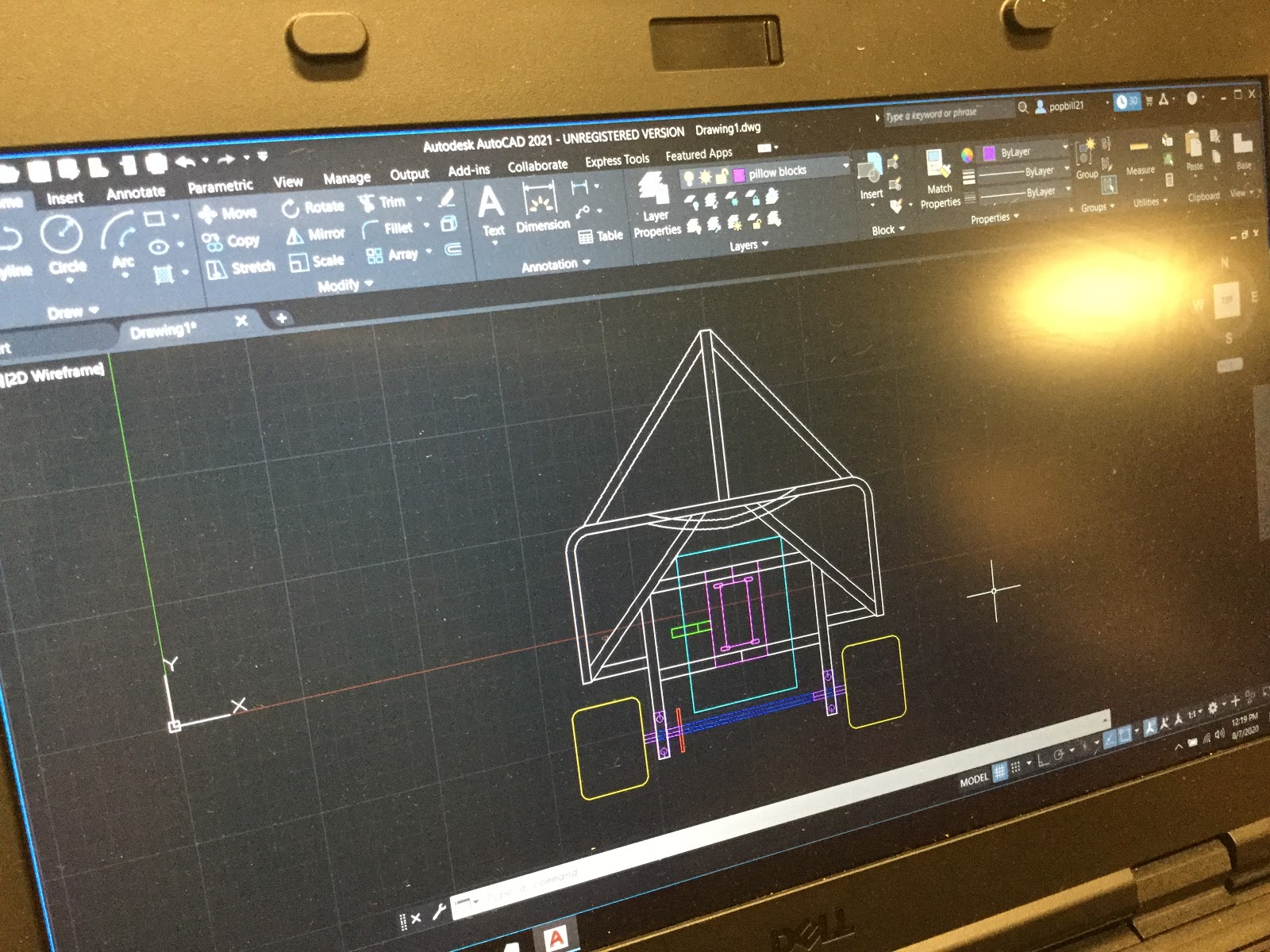 I outlined where I wanted all the parts to go in the CAD so I made sure I designed with enough room for everything to fit where I wanted it to.  Now it was time to order the metal needed and get to fabricating.

I decided to go with 1 inch outer diameter steel tubing for the midsection of the frame, with 1.25 inch outer diameter square tubing for supports all around the chassis.  Wall thickness for each is .12 inches and .083 inches respectively.  Here’s a link to the site where I got the tubing: https://www.mcmaster.com/. I first began to bend tubing for the midsection of the frame using a pipe bender I had got from harbor freight.  After some failed bends and cracked pipes later I decided to go with a thicker wall on the piping and pack the inside of the tube tight with sand, so it would prevent it from kinking.  I also had to torch the bend point of the tube with a blowtorch to make it more malleable.  Although I had to modify and tamper with the tubes while bending, the outcome was miles better than previous. 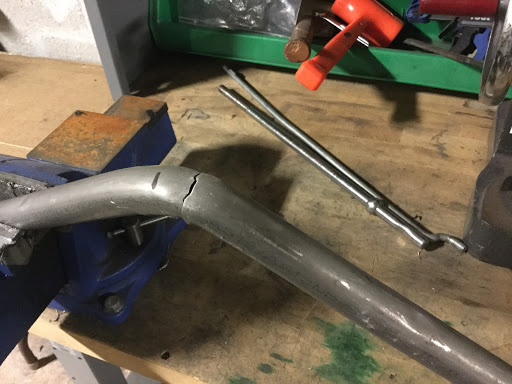 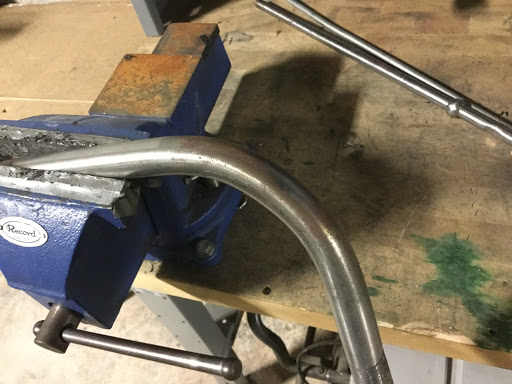 For welding the chassis together I used a MIG welder with gasless flux core wire.  I did a few test welds on scrap metal to get the voltage and feed rate correct before I went to weld the frame.  Before I began welding I also watched a couple youtube videos on the technique required, and then I began to weld the frame together. 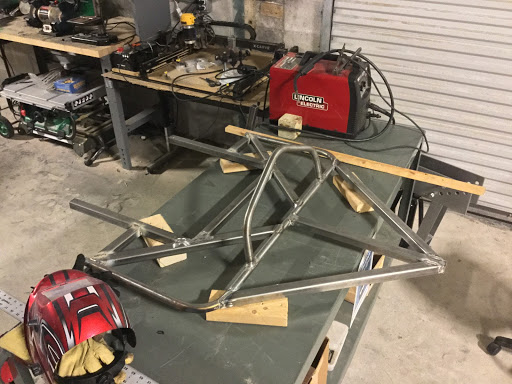 Overall the welding went smoothly and came out how I wanted it to. I grinded down the welds with an angle grinder to smooth them out,  then laid out the chassis on the floor and mocked up where the rear wheels would go to get more of a visual. 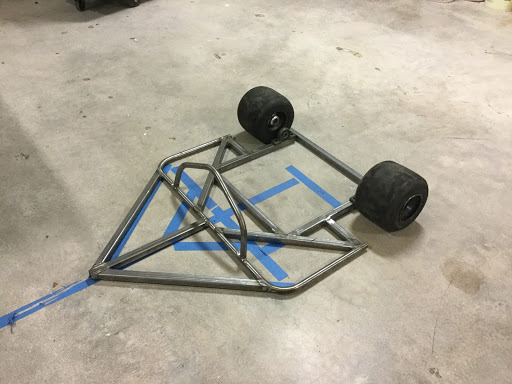 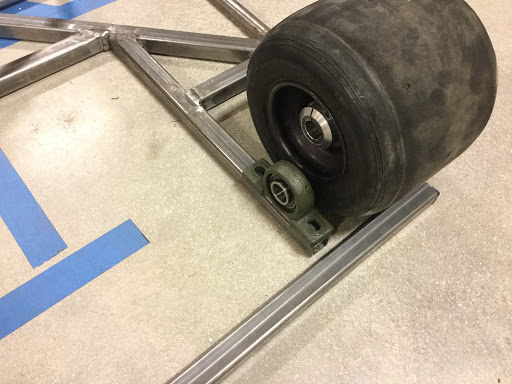 I then began to finish the welding for the rear of the chassis, specifically a spot for the motor mounting plate.  I updated my CAD file to see how it would look then began cutting pieces to their respective lengths and mocked them up on the chassis with welding magnets. 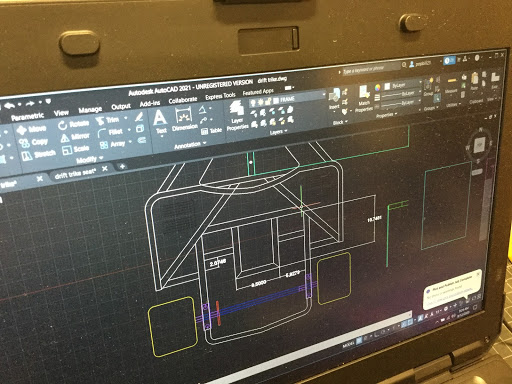 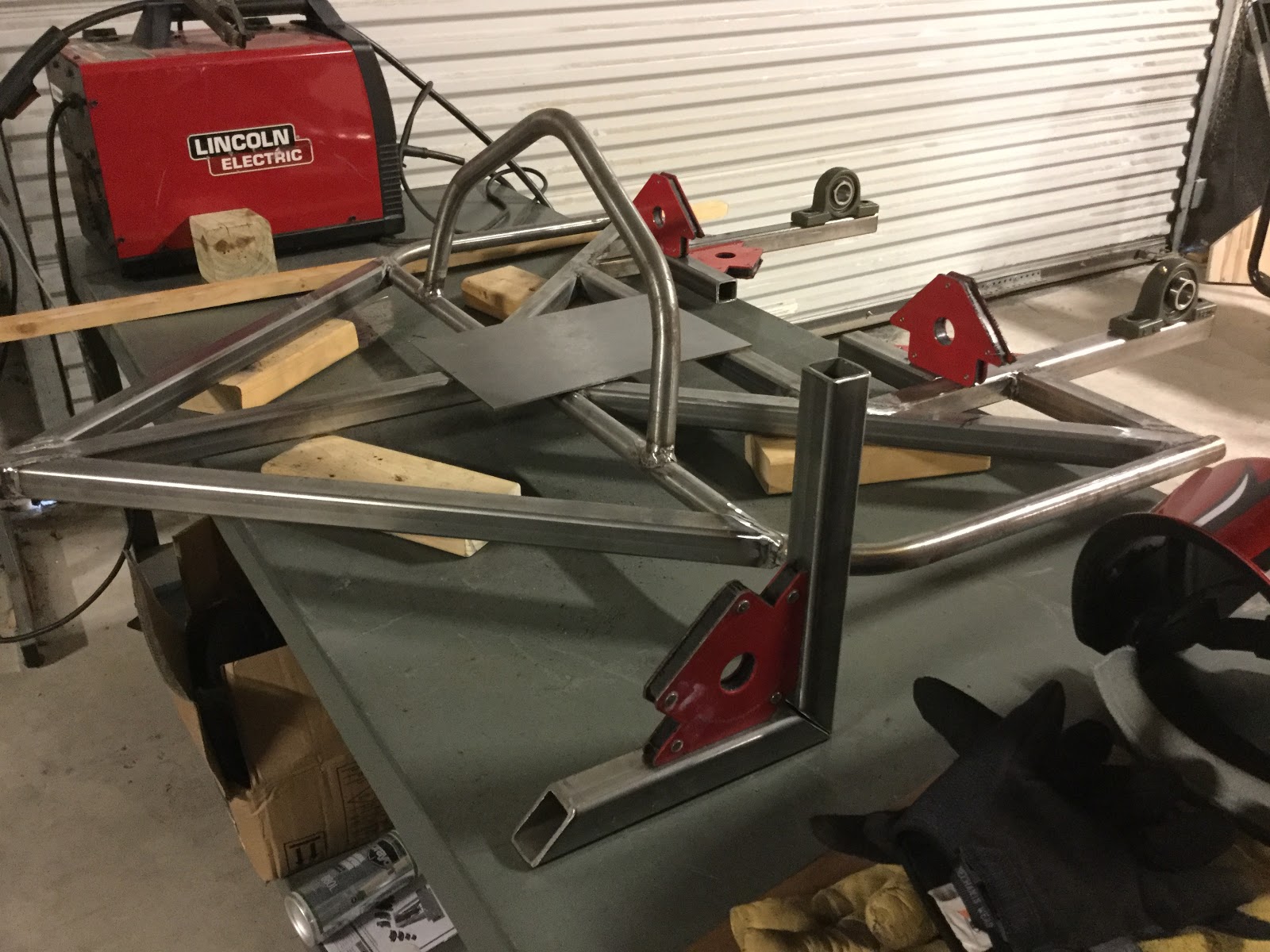 After cutting the pieces I began to weld the engine support for the chassis, as you can see in the videos below