This week I have been working on getting the wiring taken care of and dealing with some of the problems in the design of the pinball machine. And while I can see the end in sight the last few problems are making it a slower finish that I would like.

First off I soldered the wires into the shield for the arduino MEGA, and this is where the problems began. Wired up on the breadboard the program executes perfectly, but on the shield it is short circuit city. If I actuate the button that is supposed to trigger relay 6, it will fire 6 then 7  then 3. I have spent hours trying to diagnose where the short is happening here and while cleaning it made it a little better but the board is still shorting to an unacceptable degree. I finally had to just step away from the problem from the time being and work on the other problems as I  was just getting frustrated with it. 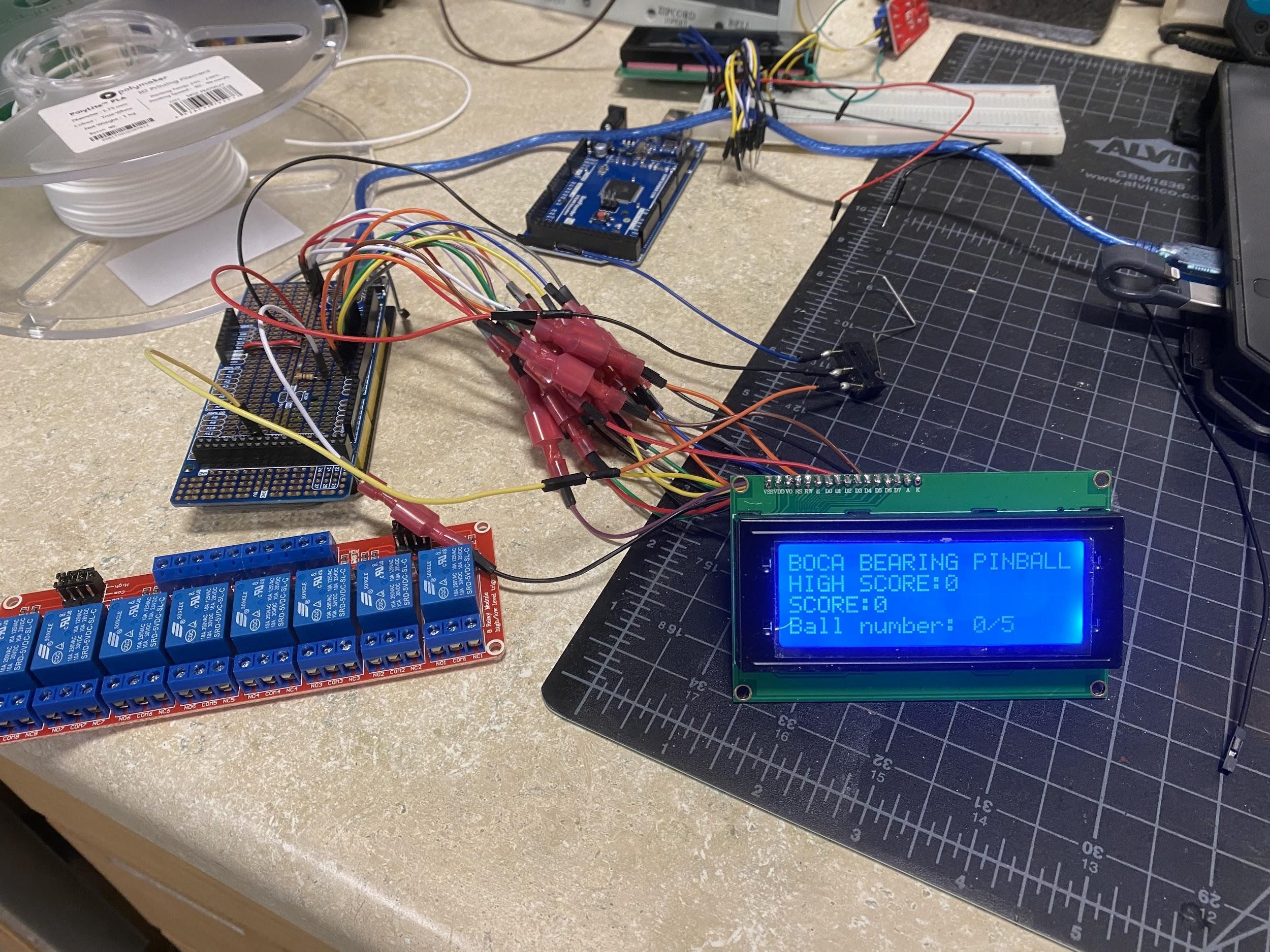 The second problem that came to light was the failure of the loading system as the solenoid would not kick the steel ball bearing up high enough to load the ball. It sort of works when I used a plastic ball bearing but the plastic ball bearing did not have quite enough mass to consistently trigger the bumper system. In order to combat this I am going to try building a system based around an archimedes screw and a stepper motor. This adds some complexity but It also saves me significant time troubleshooting and finding the right pitch where everything plays nice.  While writing this I made a prototype of the archimedes screw that I was intending to use, while the concept worked perfectly there was a problem in that the system would just be too big to be viable. Upon discussing the problem further with Bryan We came up with the solution to use silicon nitride bearings as they are half the mass of the stainless steel and work flawlessly in the loader. 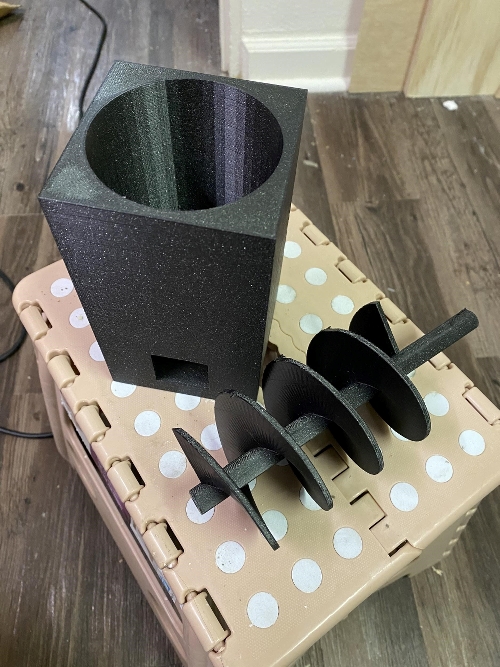 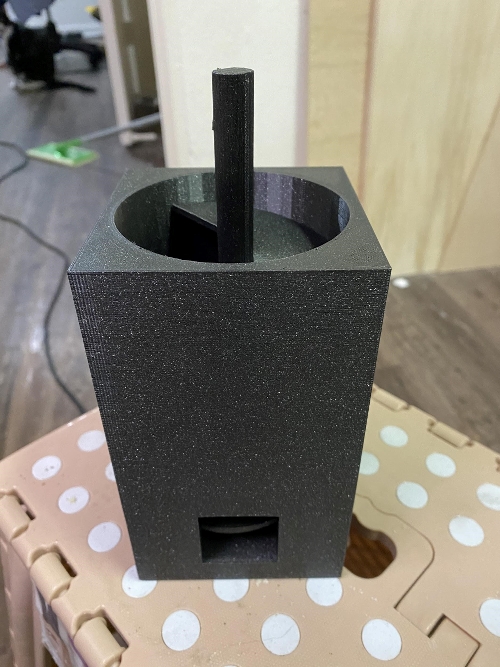 The last piece I have been sorting out is the gearbox of spinning pillars. The first couple x-carve iterations were problematic to say the latest so I adjusted it to the necessary dimensions and I was successful sizing it down to fit on the print bed of the Prusa MK3. As an additional benefit of making the box out of plastic I am now able to heat where the bearing goes into and get a perfect on the bearings that hold the gears in place. 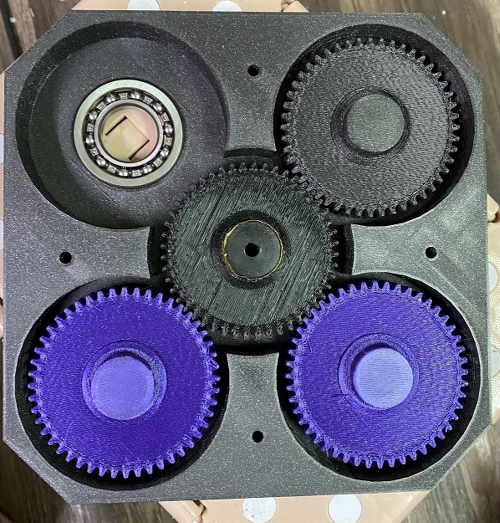