In the video above I go over the beginning of building the frame of the rover that we are going to use. As mentioned before, we're going with the leaf spring version of this kit to be able to provide as much space as possible for the ArduPilot and the other components to make this rover autonomous.

This is one of my first videos so I'm not really quite good at recording and talking but I will do better in future videos.

In the video above I go over in building the frame of the MINDS-i Robot. I started off creating one side of the frame of the Rover. Then I created the second side which are identical. Then, I attached the motor in between the two sides. In this video I had accidentally install the motor upside which I found out later on. I then fixed this later on. Some additional parts were added to the frame where the suspension/drivetrain would attach. That was pretty much it for this video. It was my first time actually creating a video and editing and I didn't do such a good job at the end. I accidentally cut myself off but it was nothing that was really important. I was just talking about the leaf springs and how the two sets that I made out of them were just really the same.

From doing this video I learned more about video editing like cutting out more video to not make the video too long and mundane. There were parts where I could cut out like parts where I was locking some of the parts together. Later on I learned this so I can make shorter videos. But the main reason why I had a lot of video was because it was a pretty lengthy build.

In the video I have already made the motor case and one differential. When I made these parts I thought I was recording the process but I was actually in time lapse mode. Here are some pictures of the time lapse of building the motor casing. 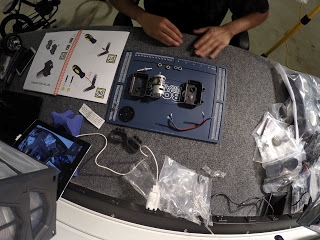 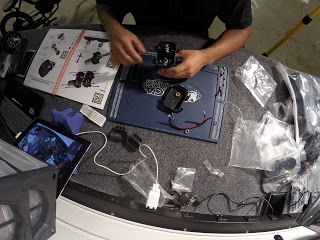 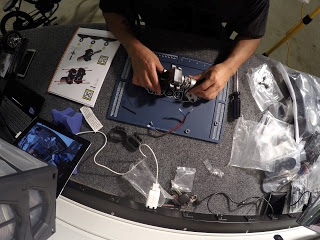 Here the motor case is completed. The only left to do was to adjust the meshing of the spur gear and the pinion gear. This is where I messed up. I didn't really mesh them together tight enough. Later on when the car was being driven with a FlySky transmitter, a pinion gear tooth was knocked off. This was probably due to the pinion and the spur not being meshed together closed enough. But I have already ordered two more pinions from MINDS-i Robotics. So when I install the new pinion gear, I will make sure to record it this time.