I finally “finished” the airboat. I finished making the last of the rudder design so with that part being finished I decided to do the boats first test run. Prior to me making the different designs and modifications to the hull of the boat. I never actually put the boat or the hull of it in the water for a “sink or float” test. To help with the buoyancy of the hull I added an epoxy resin to the bottom of the hull, but again I still never tested it out.

With that being said, I decided to test the boat out at the park in a drainage ditch that had about ankle deep water (so that if it sunk, I could get it back). With the first launch of the boat I noticed two things immediately. The first problem I ran into is that the hull of the boat sits deep in the water, and the second was that my linkage system for the rudder was faulty somehow. Nonetheless the boat itself to my surprise floated and it did it passed the test surprisingly well despite all the added weight on the back of it. 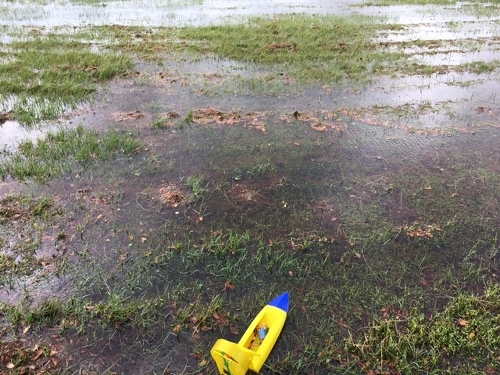 Once I knew that the boat would no longer sink due to its own weight I decided to give it throttle to see just how well it moved or if it moved at all in the water. Again, to my surprise it moved decently since the motor was strong enough to lift some of the boat(rear) slightly out of water. It takes a little while to get the boat up to speed since its main way of propulsion is air. Once the boat got up to speed I decided that it would be a good time to test out the rudders and the turning capabilities of the boat (bad idea). I was driving the boat into the wind when I decided it would be a good time to test the rudders. When I made a left turn, the wind caught the entire side of the boat and the prop shroud. This then resulted in the boat flipping over and the electronics getting wet. The prop on the motor decided to shatter since it got tangled with the wires. The servos and the rudders are trashed too. I ran out into the water to grab my upside-down vesicle to try and save it. The vesicle had a fun 5 minutes of testing from the time that I completed it. I hope to make a mkII version of this vessel in the near future. 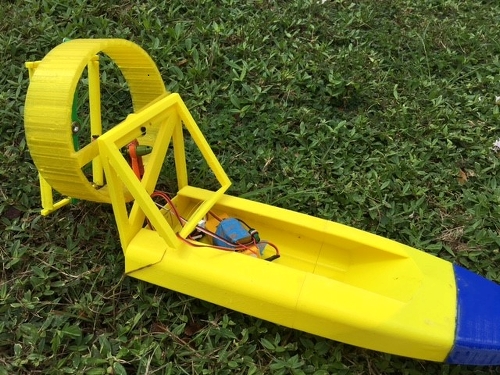 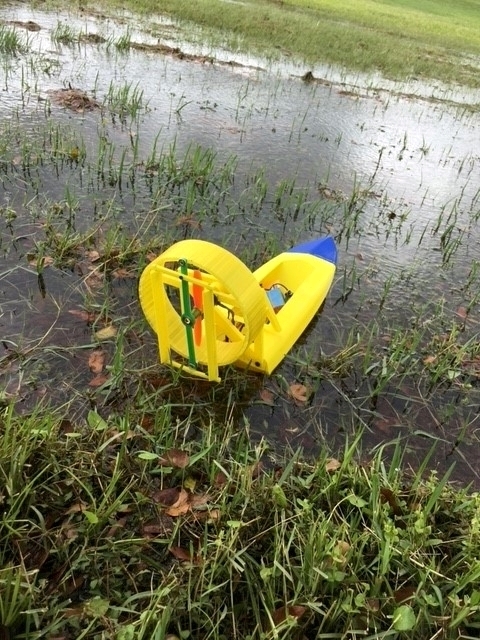 PS: I have footage of it floating and moving before wreckage.