The last few weeks I have been busy refurnishing the bike for the RC car project as well as designing 2 versions of the chassis for the car itself. 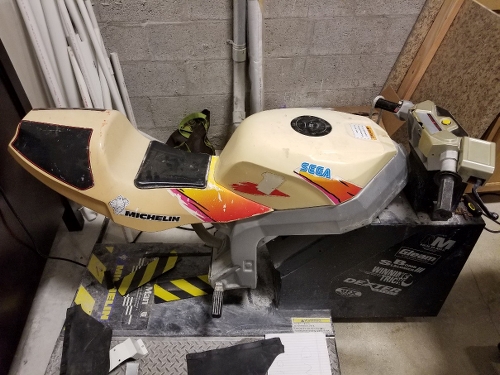 I removed all the parts off the motorcycle, removed the decals, and sanded down each one individually.

The internal components were removed and checked to see if we could upgrade them. Unfortunately, we were unable to at this time. 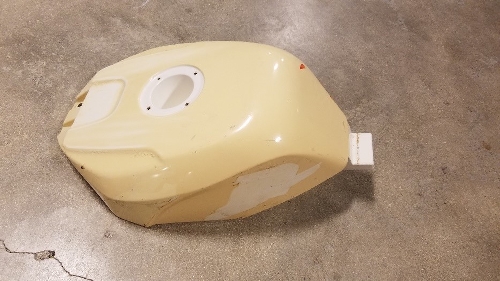 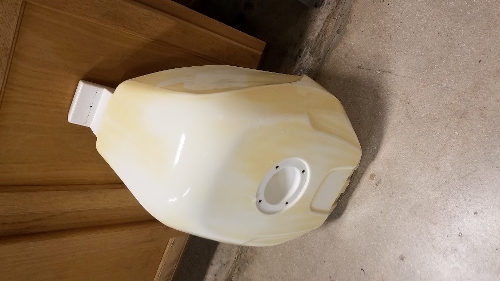 After resurfacing each part, I painted them with a base white coat 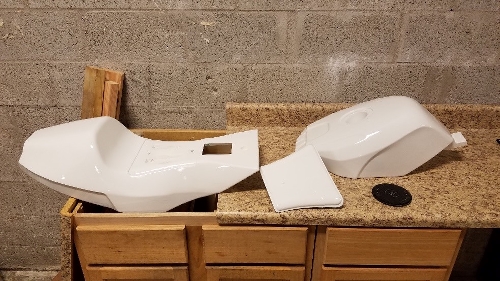 While the paint was drying, I cleaned up the entire frame and base 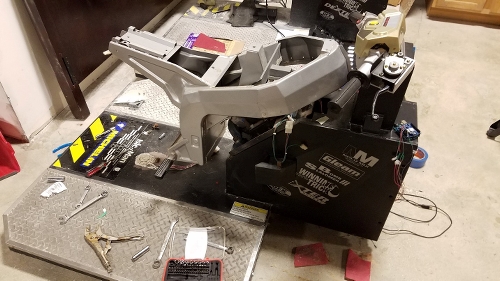 After the base coat was dry, I applied the second tone – metallic blue. Each part was carefully taped and covered 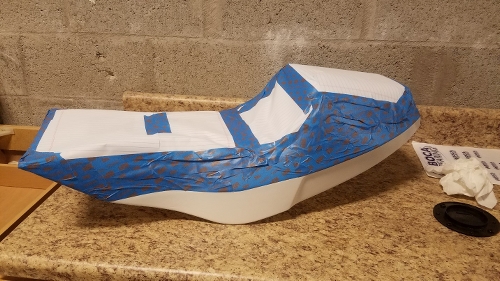 Then multiple coats of blue were added 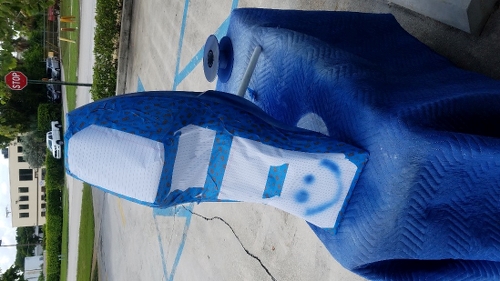 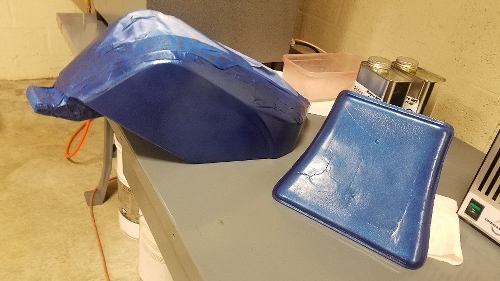 Each part was then painted with clear coat to protect the paint. After the chassis was cleaned and parts were dry, the bike was assembled. I used a product called “back to black” to restore the muffler and other components. 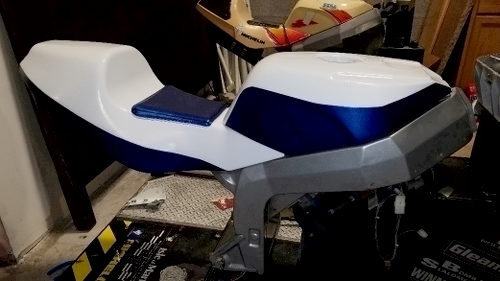 Here is the before and after of the bike refinishing 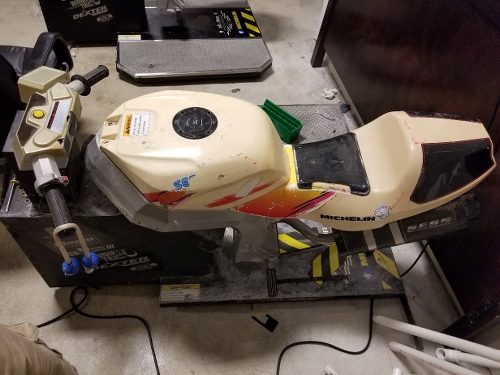 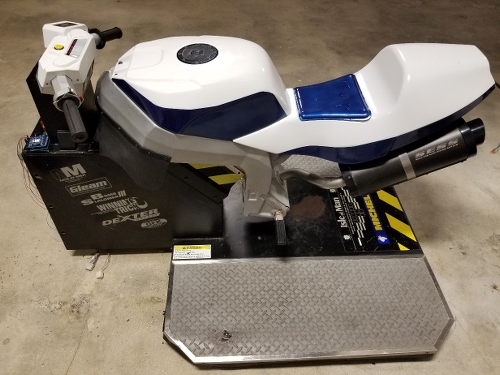 In addition to the refinishing of the bike, I was designated to sketch the car chassis via Solidworks. This was the first design to hold all components and capture the lowest viewing angle. 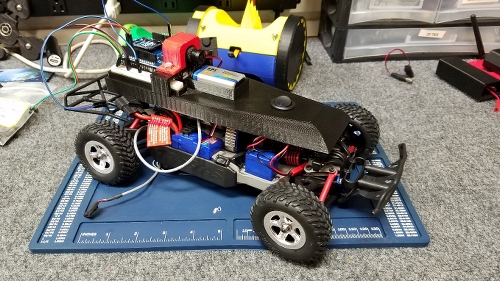 After finding out that when this vehicle is driven at higher speeds, it may collide into objects that shear off the camera. Upon this discovery, I redesigned the entire chassis again. The result was moving the battery to the rear so the camera was directly on the chassis. I have designed a lid to cover the electronic components and it is being printed now. 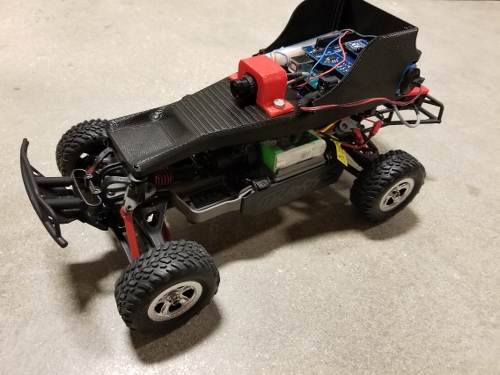