In the perfect physical world, there would be no gravity or no coefficient of friction. As we all know that is completely unreal. With the idea of gravity in mind, it would be in everyone’s best interest to try and reduce the coefficient of friction as much as possible. Reducing the coefficient of friction in general helps improve efficiency and performance of almost anything moving (i.e.: bearings, lubrication). Now you are probably asking yourself why should someone or anyone know this vague information. The answer is that this same basic principle applies to your daily activities whether you notice it or not. The easiest example of this is the car you use to commute to and from point A&B. To demonstrate this theory of reduction the coefficient of friction, I will be inserting new ball bearings into a 30-year-old turbo charger that is used on gasoline and diesel engines. 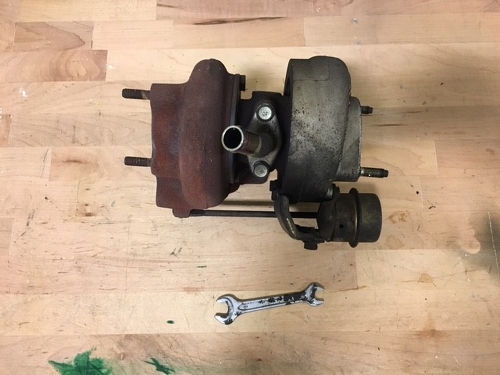 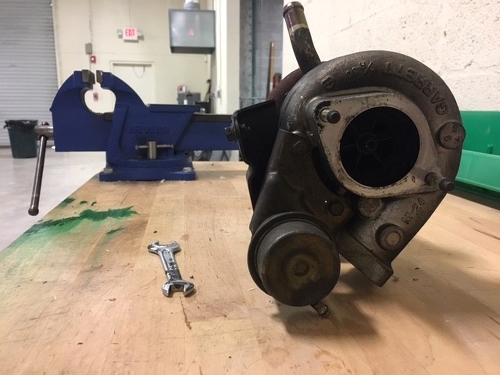 The test subject that is going to be used is called a Garrett t-25 turbo charger. It was imported from Japan, and it was commonly used on Nissan motors (the iconic sr20det & others). This specific turbo is nothing special at all, it has journal bearings, oil coolant seals, and thrust plates. With all these different seals and components that are in this one housing one could imagine that the coefficient of friction is rather undesirably high. Not to mention that a system with these types of bearings need a lot of lubrication(oil) and they can only operate at a certain temperature. Again, this system is very problematic due to its complexity. 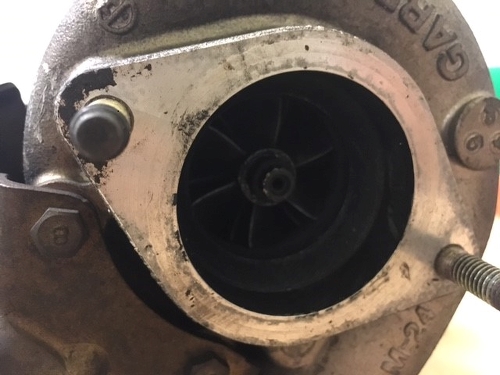 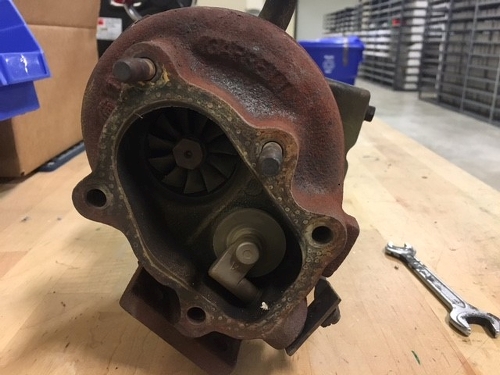 With the help of new technology, I will be completely redoing the internal system of this turbo charger so that the coefficient of friction is reduced, and I can completely remove the lubrication/cooling system for the turbine by using ceramic bearings. This resultantly means that I will be eliminating 2 failure points, and increasing the efficiency and power output of this turbo just by changing out a few internals. The idea of removing the 2 failure points of the turbo is crazy to fathom considering how most turbochargers fail due to a lubrication or cooling system leak.

The acquired turbine unit was previously “blown” due to old oil seals so I figured it would be a great candidate for the job. These would be the tools necessary for tearing down the turbine to the CHRA or otherwise known as the center hub rotating assembly. 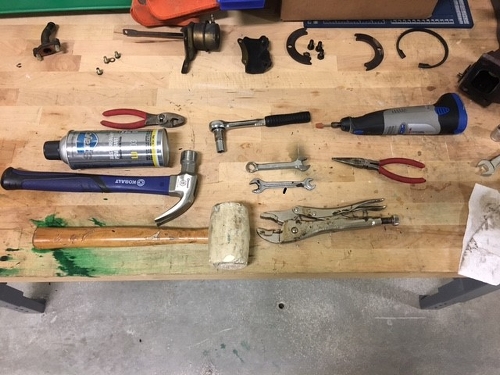 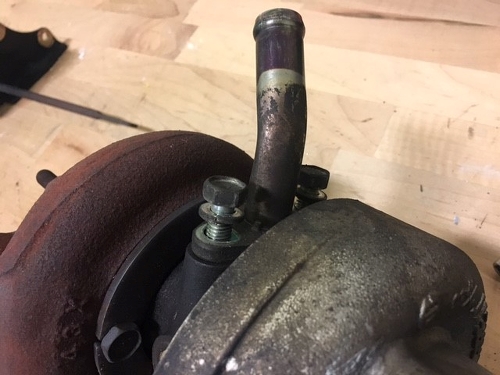 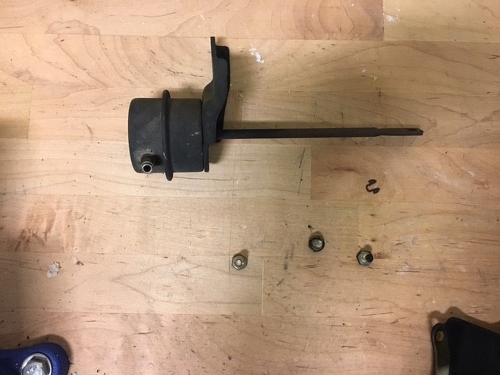 Once the small accessories are removed I then moved onto removing the exhaust housing of the turbine wheel itself (the super rusty part). This is probably the hardest part of this whole disassembly. Start by soaking the bolts and the inside of the housing with Boca Bearings Rust remover spray and let it soak. This is also where a torch or heat gun will help. Heat the turbine housing around the widest circumference of it to help expand the metal. Use a 1/2in box end wrench to break the bolts free. 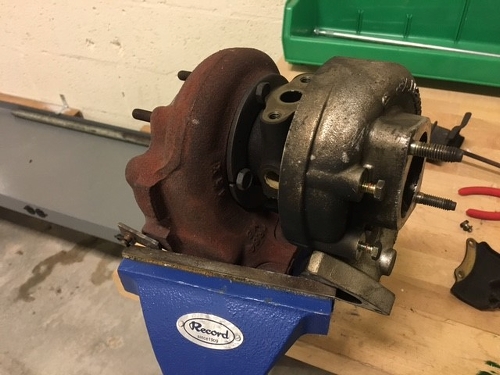 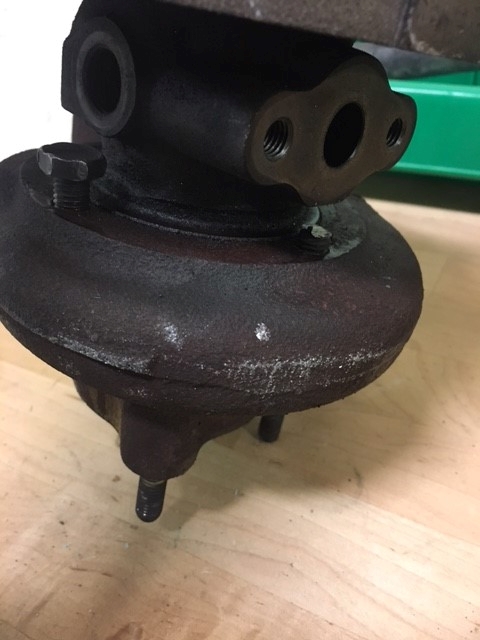 While I was in the process of removing the bolts one of them was stripped so I had to use the cutting wheel (angle grinder) to cut the beat of a bolt off to get the housing plates off. 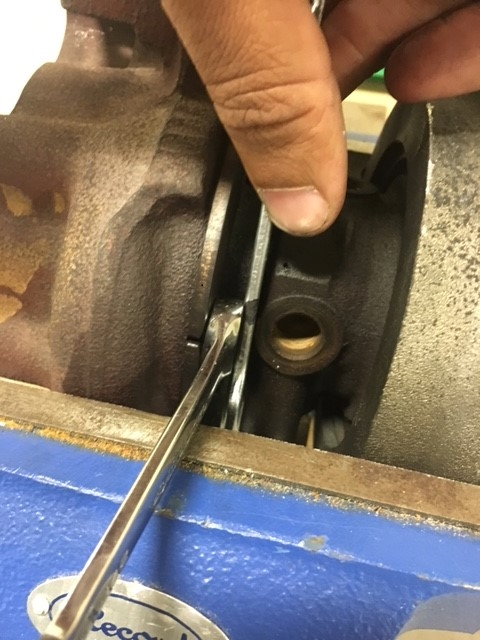 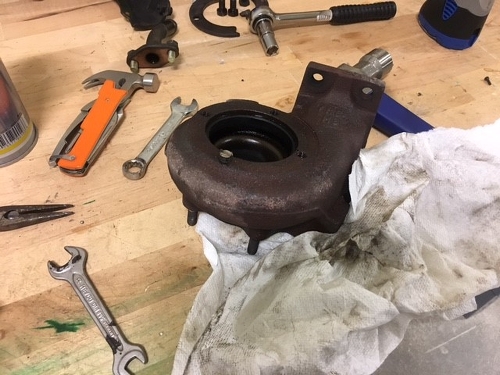 The next step I took to disassembling the unit is the charge housing which is the “cleanest” part of the unit. The ideal tool for this part would be to use snap ring pliers. I did not have those pliers on me so I improvised with vise grips and needle nose pliers. 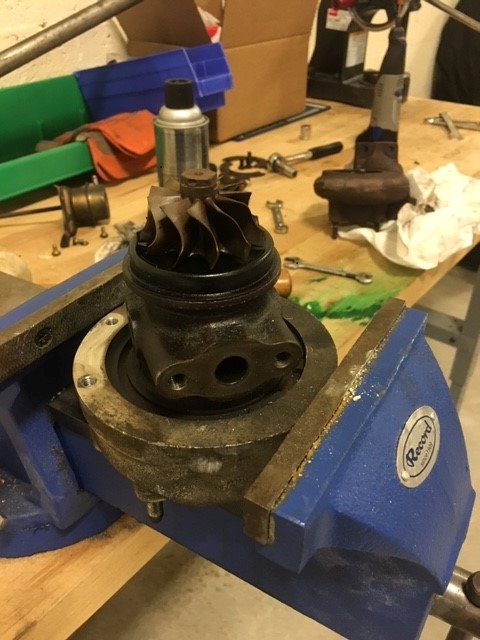 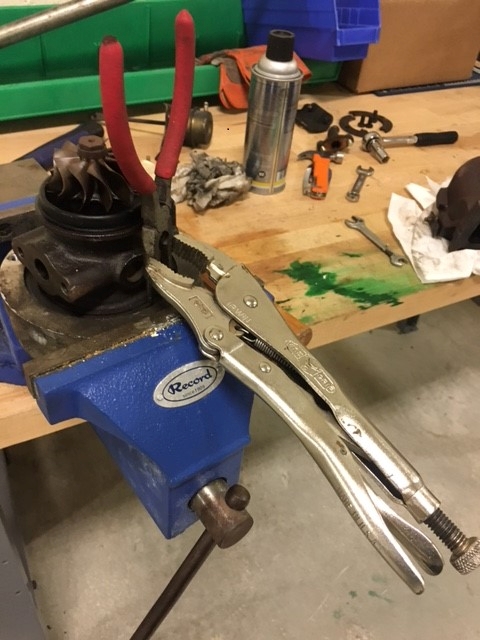 Once you have both housings off, you now have a bare turbo which is just the CHRA with a charge wheel and a turbine wheel and if you look down the oil drain hole you can see the shaft connecting both wheels together. 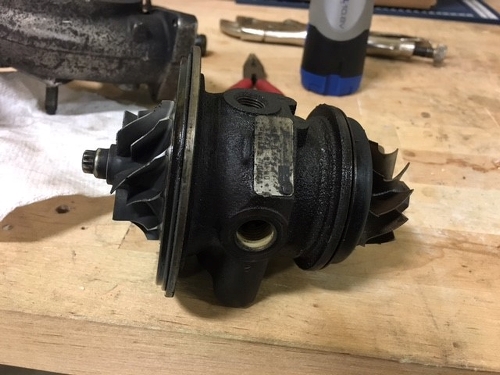 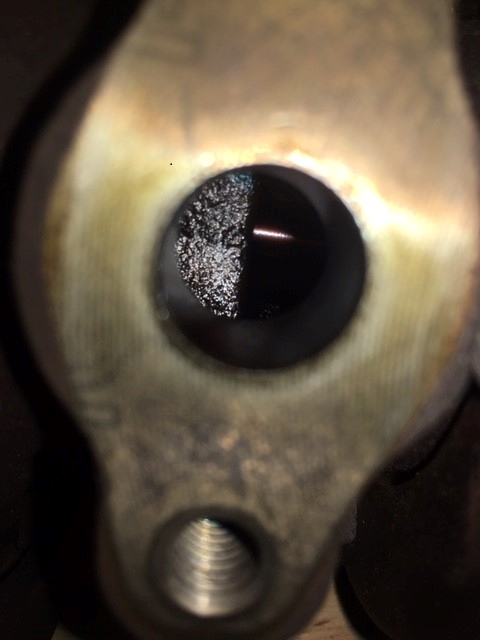