Started with spraying the rust remover on the compressor wheel end. I was sure to completely soak it with the remover to ensure that went deep within the threads of the nut holding the shaft assembly together. Then I used the heat gun on the shaft nut by setting it to its highest heat setting and then rotating the shaft slowly. I was careful to make sure that I spun that shaft using the turbine side since the compressor side was very hot. 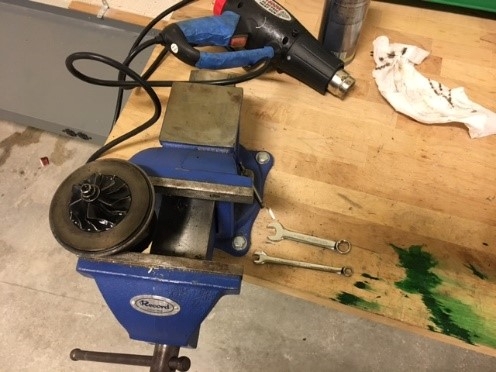 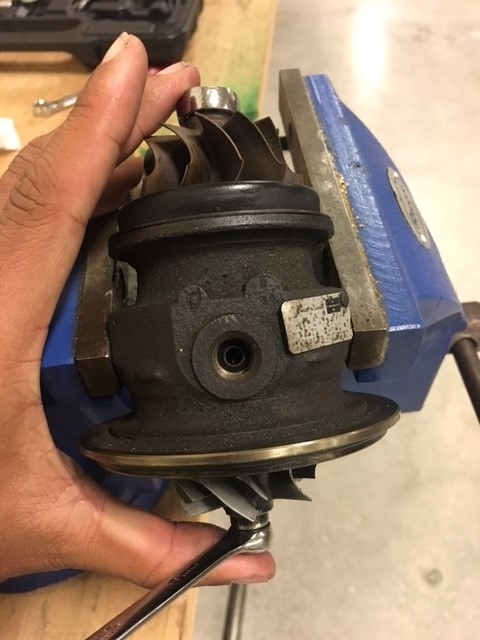 I placed the 1/2in wrench on the turbine side of the unit and made sure that it was wedged against the vise so that it can provide leverage. Then I used the 8mm wrench to loosen the compressor wheel. I was very careful to make sure that both wrenches were firmly placed on the hex nuts since it is very easy to strip both the turbine shaft and compressor nut.

To my misfortune I ended up breaking the shaft because I forgot that the nut was reverse threaded. I have spare parts for this exact turbine and shaft so this didn’t hinder my progress. Since the nut sheared off the shaft everything came apart well. I removed the rest of the turbine shaft and was down to the seals of the CHRA. The first seal that I removed was on the compressor side. That was removed using my method of needle nose pliers and vise grips. Once the first seal was removed it was then time to remove the thrust plate that holds the bearing in. This was removed via the star pattern bolts that hold it in. I used a T-15 star pattern and handle to get them out. When the thrust plate is removed the first bearing will be the thrust bearing that should slide off the shaft with the plate removed. 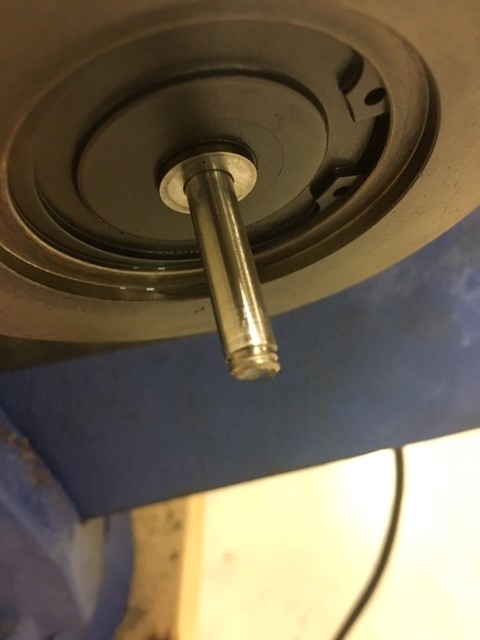 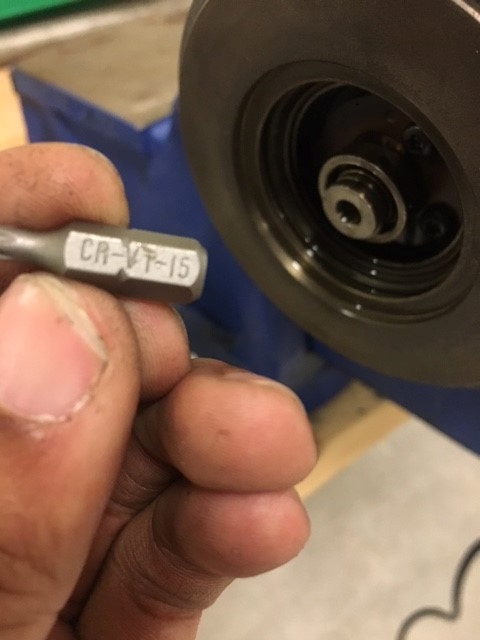 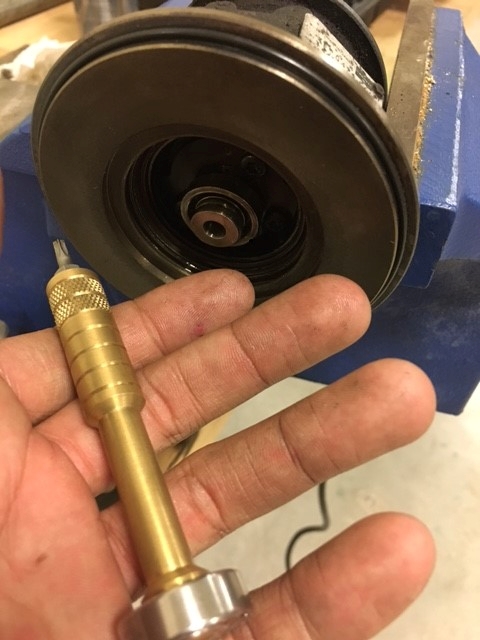