Ever since attending the Mini-Maker Faire in Miami this year I have been thoroughly excited for Orlando’s event. There were so many cool projects and people this year and it was awesome being able to see everything that was on display. There were three things that really stood out as I browsed the Faire. Outside of the Workshop I am the president of a robotics club at a local university, and so it should come as no surprise that my favorite things to check out were all the amazing robotics being shown. From FTC builds to Battle Bots, Astro droids to Repair Droids there were all amazing. Two robots in particular that stood out to me were the Renaissance Robotics FTC build and steampunk R2 Droid. 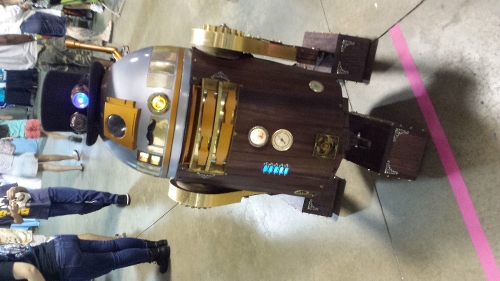 The other standout experience for me was the Power Racing Series competition. Seeing the creativity and competitiveness of those teams was cool and being able to participate was an awesome experience. My favorite car was the Weinermobile. 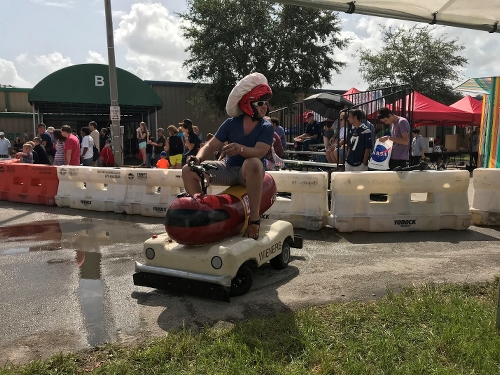 The way it lofted around the track and the sheer size of it compared to everything else made it a hilarious joy to watch I think this slow-motion video really captures the feeling well.

The whole weekend was fantastic and I can’t wait to do it again!