The Marine Robotics Club is a registered student organization at Florida Atlantic University whose main focus is giving students a hands on experience with robotics in the maritime environment. This includes the design, fabrication, and testing of autonomous systems designed with various competitions in mind. Some of these include mimicing current industry and military applications of marine robotics such as port security, oceanographic operations, and coastal surveillance. The club designs vehicles for Robosub, Roboboat, and RobotX competitions. Boca Bearings has been a tremendous help in preparing for these competitions due to the many instances where these vehicles require bearings and lubrication. Vehicles of this nature are always heavily exposed to saltwater which causes reduced life-spans of the various subsystems. Boca Bearings has been a sponsor of both Roboboat 2016 and RobotX 2016 who's competitions are held in Virginia and Hawaii respectively. More information on the club and these competitions can be found at the links below. 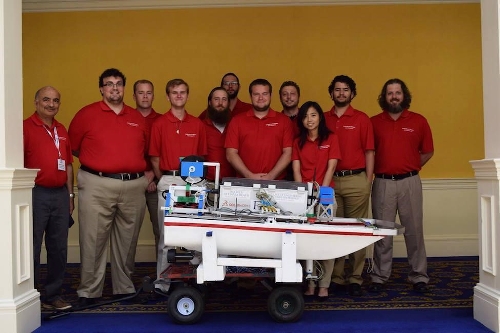 The club has used Boca Bearings full ceramic bearings for multiple applications. In Roboboat 2016 the team used Boca Bearings inside of a mostly 3D printed winch system to launch and recover a small remotely operated underwater vehicle (ROV). These bearings worked great due to the low load application with a need for a highly corrosion resistant bearing. They performed well and were able to help complete the underwater scan challenge in Virginia. There was also a winch built to launch and recover a Video Ray submarine for RobotX. This winch was never able to be tested under full load. The 3D printed component that coupled the spool and motor shaft was unable to handle the forces being applied to it and therefore needs to be recreated as a CNC machined aluminium part. Below is a photo of some team members assembling the winch. 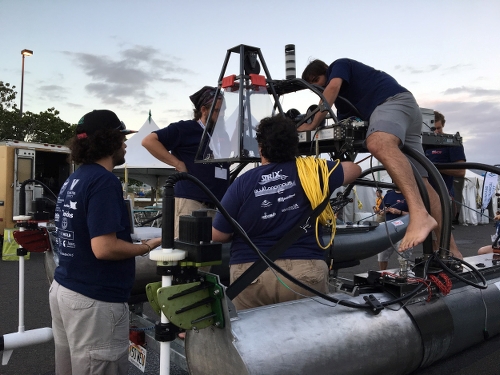 The other application used for the full ceramic bearings that worked very reliably was with the thruster mounts. These bearings were used in the system that steered the trolling motors that powered the vehicle. Using ceramic bearings was necessary for this application due to the fact that this system is not intended to be disassembled for long periods of time, and needs to run smoothly with only fresh water rinses after being in salt water. 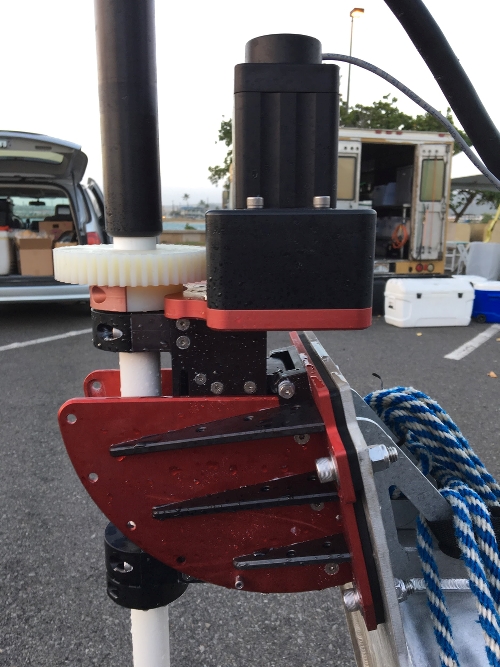 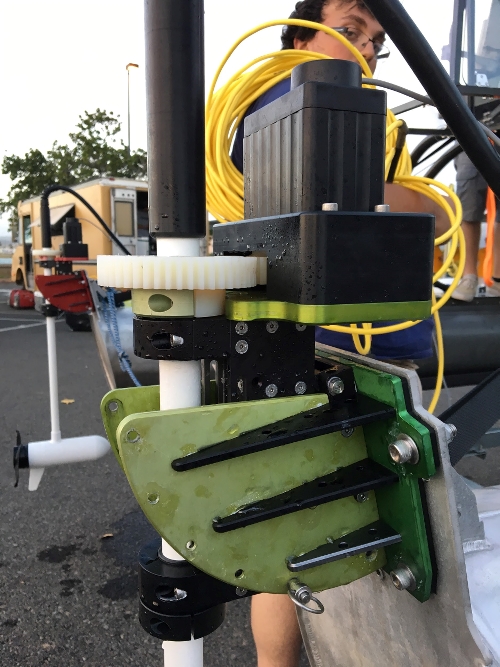 The 2016 RobotX Maritime Challenge was put on by the AUVSI Foundation for the second time. The first challenge took place in Singapore while the 2016 challenge was located in Honolulu, Hawaii. The team was composed of students from Villanova and Florida Atlantic University. A difficult challenge was present for teams as their 16 foot boats had to be shipped from all over the world to Hawaii where they were to be assembled on site and prepared for competition. Once a team had their vehicle assembled they were to enter the water and remote controlled in one of three courses. In order to qualify for the semi-finals each team had to score points on 5 out of 7 challenges. Before a team was allowed to attempt a challenge they were required to demonstrate autonomous control of their vehicle by running through a navigation channel. The qualifying took place during the first 4 days of competition. The Florida team qualified for the semi-finals on the last day allowed. Since neither team Team Worx nor Georgia Tech scored any points in the semi-finals they were allowed to go head to head in a wildcard for the finals. In order to get into the finals a team must beat its challenger, and score 50 points on the course. Unfortunately Georgia Tech's port thruster blew out and they were therefore unable to leave the beach. There was a malfunction in the acoustics system by the Florida team leaving them stuck on the first obstacle and only able to score 10 points, placing them in 6th. Overall it was a great learning experience for all of the engineers involved. 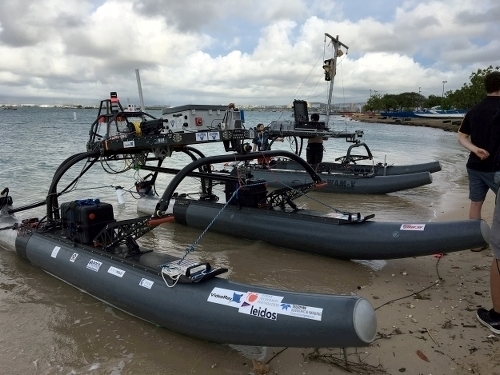