Simple Robotic Arm Made Out of Cardboard Pieces


So there has been a halt to the progress of the Autonomous Rover. So I decided to do a quick simple project. I already wanted to work on this project but the printer is down so I can't 3D print anything at the moment. So I went ahead and used cardboard pieces to make parts of this simple robotic arm. I started off by first just cutting out pieces of the cardboard where I would mount the servos onto. 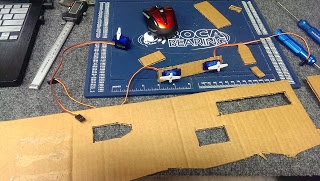 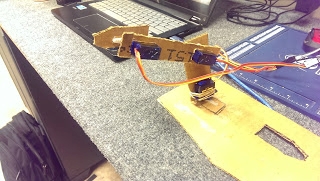 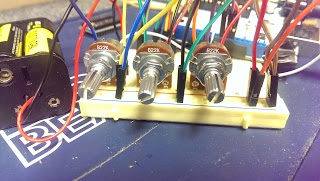 What controlled the servos were three potentiometers The Arduino reads the analog readings from the potentiometers and then converts it to a position in degrees for the servos. The bottom two pictures show the electronics of the project and the entire project itself.  I basically just used the Arduino's example under Servo named "Knob". I just incorporated two more servos and potentiometers to complete the code for this robotic arm. A video of this arm can be seen at the top of this post. 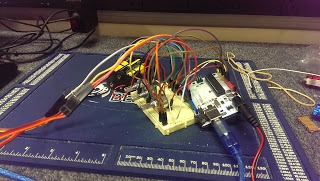 If you have any questions about this simple project, just drop a comment. I hope for the GPS and the ArduPilot to come soon now so I can start making progress on the Autonomous Robot. Well thanks for reading guys and checking this post out. 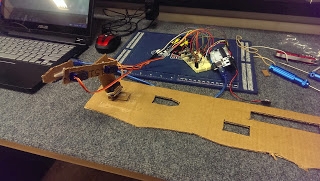