This is the final phase of the Toolbox 3D Printer for Boca Bearing.

Although the majority of the construction was complete, I still had to finalize some important details. The end stops are mounted to aluminum brackets I constructed from more salvaged aluminum extrusion. For pieces like brackets, I normally skip the sketch pad and work directly in Rhino. Even though I will not use this file for any CNC processes, having it drawn up in the proper dimensions makes Rhino a great tool assist in manual layout and construction. 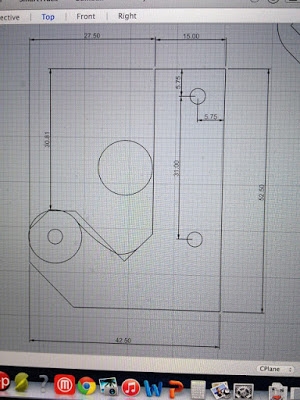 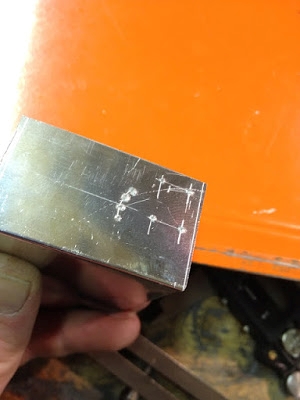 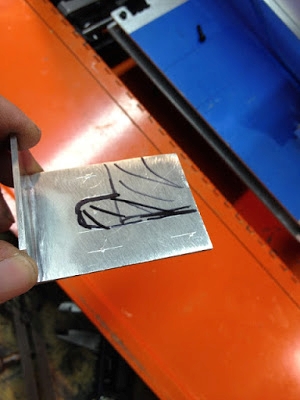 Before mounting the end stop brackets, I use Loctite or similar product to help keep the bolts and nuts from loosening. There is a lot of vibration caused from the machine moving around and during shipping that many bolts will work themselves loose. 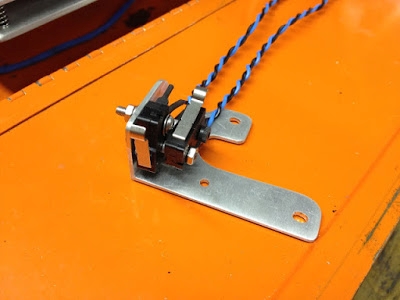 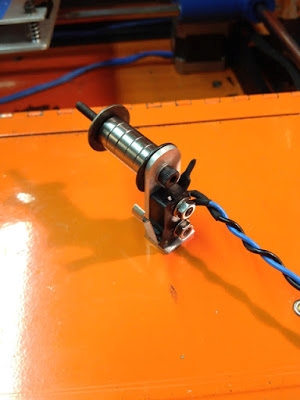 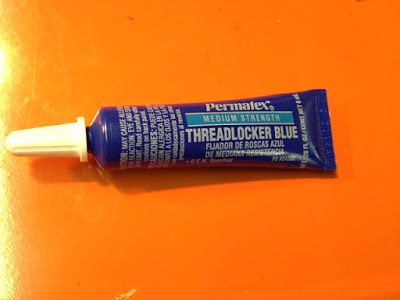 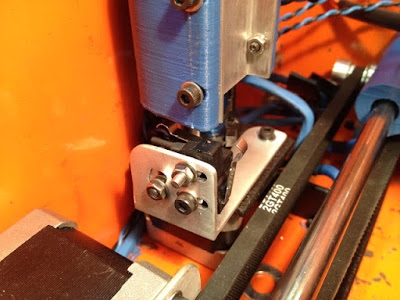 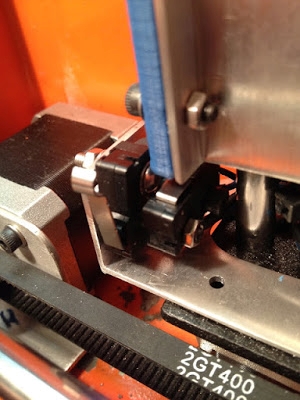 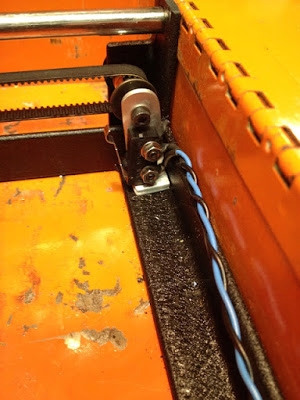 Sometimes things do not work in the correct order. I decided to make some cut outs in the frame so I could tuck some of the wires under the pulleys and belts. Since everything has been powder coated, and all the electronics are installed, I want to control metal shavings as much as possible. When grinding steel, the friction slightly magnetizes the small bits of steel and they stick to everything. Since the motors are electromagnets, they also attract these small bits and they can get stuck inside the motors. I set up several rare earth neodymium magnets and put in a shop vac nozzle to catch most of the metal fragments. I also use these magnets to help retrieve small metal bits that may have collected around the motors or other areas of the printer. 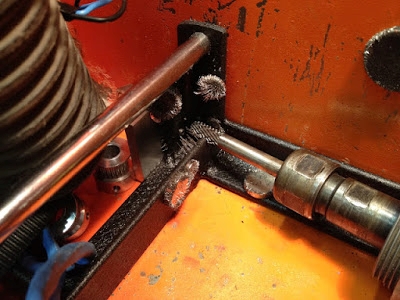 Since the wires will be wrapping around this corner, the edge of the steel may rub into the shrink tube and eventually into the wires. To help this, I hand file the edge but also brush on several layers of tool dip (allowing to dry between coats). 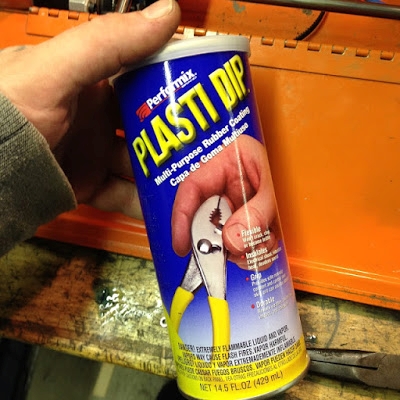 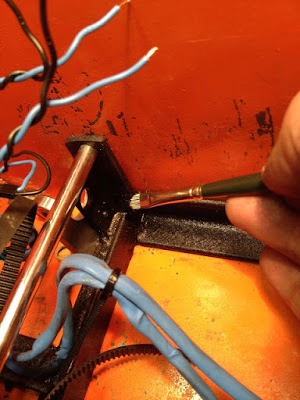 Here is a shot of the chord on the back where the power supply from Lulzbot plugs in. 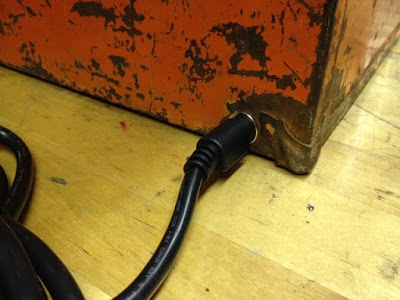 After everything was wired up, it was time to upload the Marlin.pde file in Arduino. There was a lot that did not work at first. The end stops were inverted so the printer thought they were being pressed when they were open. Some motors homed the correct direction while others went the opposite way. In the configurations tab I changed the bed size, pulley sizes, inverted the end stops and even some of the motors. 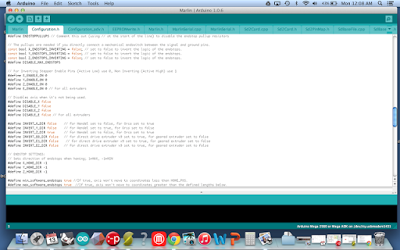 Finally it was time to print. 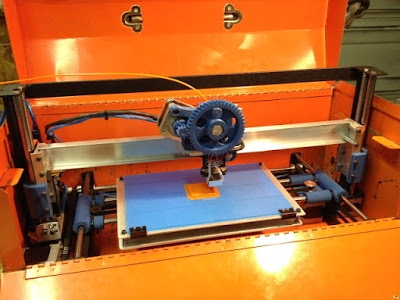 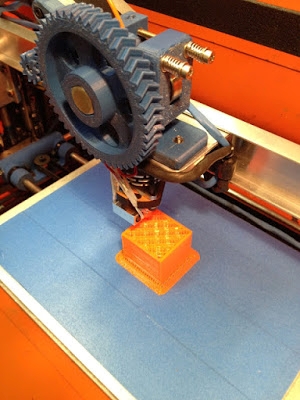 I began with a 33mm cube to check if it was printing in the correct dimensions and to get an idea of how the surface quality was. After printing a couple more objects such as a small cord clip and a skull ring, I tightened up some pulleys and belts. The cube on the right and the once stacked on top is the first print. The edges have small ridges that run down the entire face of the print and the surface has lines that seem slightly staggered on top one another. 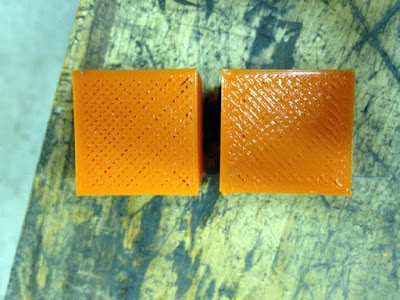 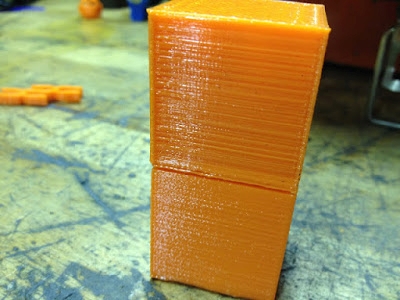 I use my own files and download files from the DCRL Thingiverse web site for tools, tool holders and other projects. 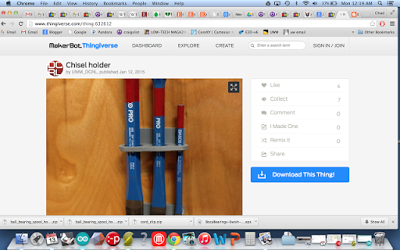 The cord clips are very small prints and give me an idea of how the printer will handle something this size. The one on the left is the second print after tightening up some belts and pulleys. You can see how the first print on the right seems to be wandering in the X and Y axis. 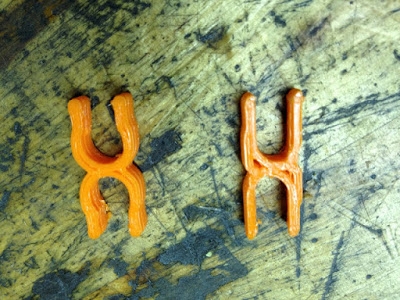 The forehead of the skull on the left has a similar staggered layer while the print on the right was done after tightening belts and pulleys. Again, these are pretty small and detailed so the pictures can be a little difficult to make out some of the detail. 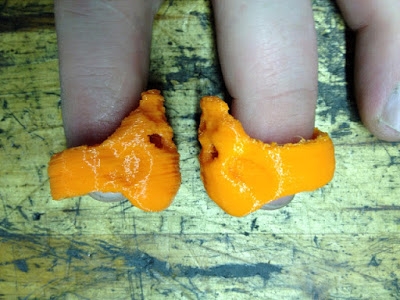 I will continue to print as much as possible for the next day or so. This will give me time to travel a little with the printer and see where things loosen or are vulnerable to damage. I took it over to a buddies house for an evening so I could both hang out some and test the printer. 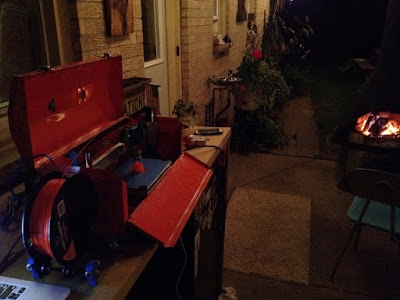 So far, I have printed a spool holder for this project and started printing parts for a blue version of this printer for myself, but that is another project.