Having a CNC Router is awesome. Having to constantly clean up shavings is not. To more cleanly operate the X-Carve we decided to go ahead and print a dust shoe to attach a vacuum to. This would allow us to suck up all the shavings and dust as the machine operates and keep the work space cleaner. Searching online we found a design that could be easily printed and attached to the spindle. However, once we printed it we had concerns that the shape of this part would interfere with clamps and thus reduce the overall cutting area we had access to. Considering this, we decided to design our own system for sucking up the mess. 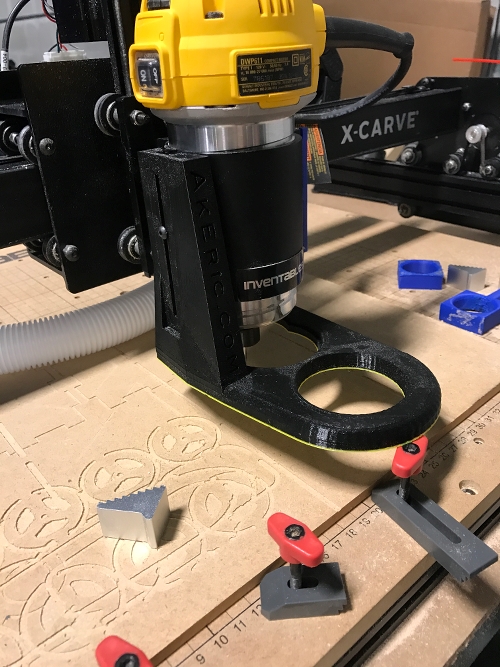 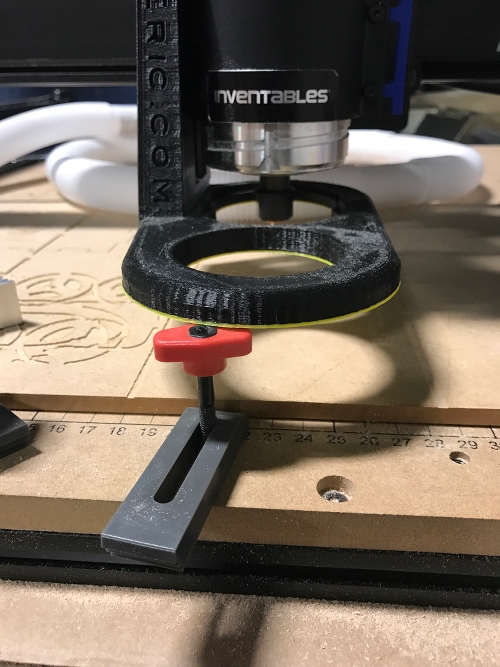 Our first attempt had the hose running through two circular brackets, however, once placed on the X-Carve we realized that there would still be clearance issues. After mocking up several ideas, we realized that the original mount could be easily zip tied to and the hose would be no longer interfering with the cut space. We decided to carve out a phone holder to test out the new system. After cutting the holder out we found that there wasn’t enough directionality in the hose, so directly underneath it would be clear but everywhere else would still get covered in dust. To solve this issue we will be designing a nozzle to fit to the tube that will get the suction force closer to the spindle, hopefully solving our issues. 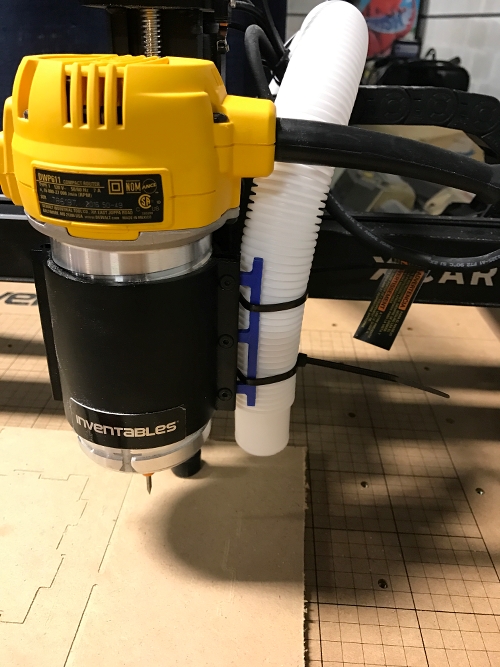 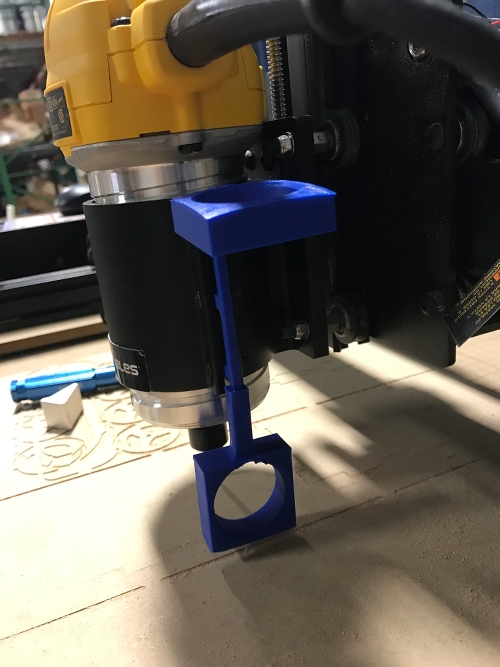