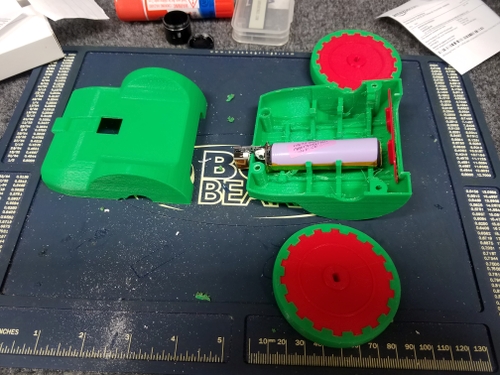 I was assigned to create a step by step instruction manual for others at the company and future interns to build a project that uses many of the tools available at Boca Bearings. The Zerobot was selected as it incorporates 3d printing, coding, wiring, and fabricating. The initial plans were documented from https://hackaday.io/project/25092-zerobot-raspberry-pi-zero-fpv-robot. Thanks to Max.K for uploading this for the first prototype to be built.

Using these plans, I used a Maker Select 3D Printer v2 to print all of the components provided via STL files. During the time waiting for parts to print, I compiled a list of all the parts I used to build the bot. Most were listed from the link above, with a few changes of my own.

Only the Rasp Pi Zero, camera and the power supply have shown up at this point. I have uploaded the operating system and achieved live streaming from the camera. A full writeup will be provided in the future of how all this was done. Most was found online and compiled together to make it functional. 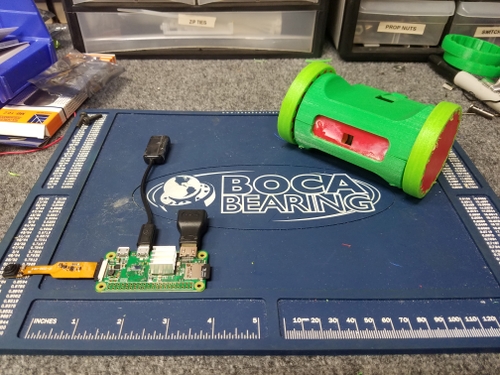 In addition to the programming, I have made some body changes as well. After installing the battery pack in the provided body design, I found that if I cut out a hole in the rear, I can keep the charging ports attached to the battery pack. I have resketched and designed the bot in Solidworks. It will be slightly larger, hinged, and set up for external charging. Once the files are finished, I will post the Solidworks and STL files for those as well. 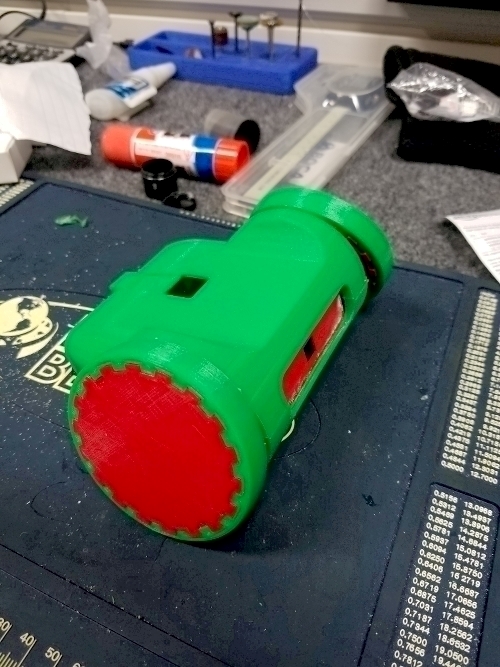