Imagine going down the highway at 80+ MPH, not so hard right? Now image that you are traveling in a narrow carbon fiber vehicle, powered only by your legs! The Primal 2 Speedbike is an amazing attempt and journey to break the human powered land speed record. Using bike parts and a lot of ingenuity they travel faster than the highway speed limits!

George Leone has been working on speedbikes since the 80s. Here is what George and the Primal 2 Speedbike team had to say about their project.

Primal 2 is a speedbike (human powered vehicle) designed for world speed record attempts. An enclosed, recumbent streamlined bicycle. It is powered solely by one person pedaling, with no stored energy of any kind. It is also used to demonstrate advanced technologies applied to the familiar workings of a bicycle. Primal 2 has been shown at car shows, museum exhibits and school visits to encourage teenagers to start building their own creations and to pursue careers in technology and science.

I started working on speedbikes in 1980, and worked as part of a team to build our own advanced composite design from 1984 to 1988. Primal 1, the prototype for Primal 2, was built and raced in 2008, and we have been working on, racing and improving Primal 2 since 2009. 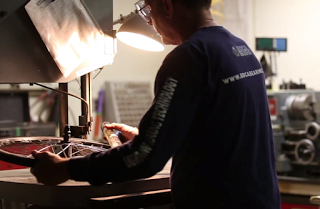 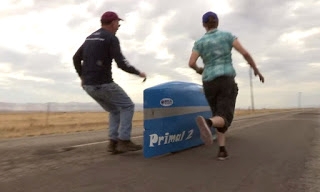 The project seeks to combine a human rider and a machine into one unit to maximize the power one person can produce. It also is using super-light and super efficient systems to demonstrate improvements that will create ultra high mileage transportation in the near future. 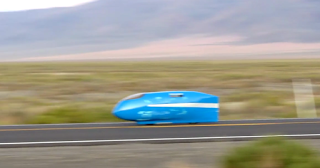 Our use of Carbon fiber and other advanced materials for lightness and safety, Boca Ceramic bearings and other strategies to improve mechanical efficiency, coupled with cutting edge streamlining technologies, all combined in a machine powered solely by muscle, that already goes faster (70.40 mph) than the National Speed Limit for cars. 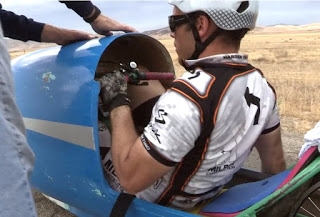 We are using Boca Hybrid Ceramic bearings to maximize power transmission efficiency in multiple locations in the vehicle. It's working. We're doing faster-than-freeway speeds on fractions of a horsepower!

The future belongs to the efficient and to the innovative! Dream BIG. You can be part of the solution, too!

Bearings in action! Boca Bearings, a small part of something amazing.