About a week ago I was shown this video:

I loved this project! We have made several of those cutaway turbines (I think were at the 5 or 6 count) but they don’t do anything, other than look amazing of course. I looked around to see if the files were ever made available to the public. As it turns out they had not been and so I decided that this was something that we should recreate here in the shop! The plan currently is to iterate through the design until we have something like what is in that video. Currently, I have used some spare Gartt ML3510 700KV motors and 40A ESCs we had as our ‘engine’ and I am reusing the main fain from the popular cutaway turbine model. I quickly rigged up a motor mount and a stand to test whether or not this motor would cause the fan to rip itself apart and printed them out. 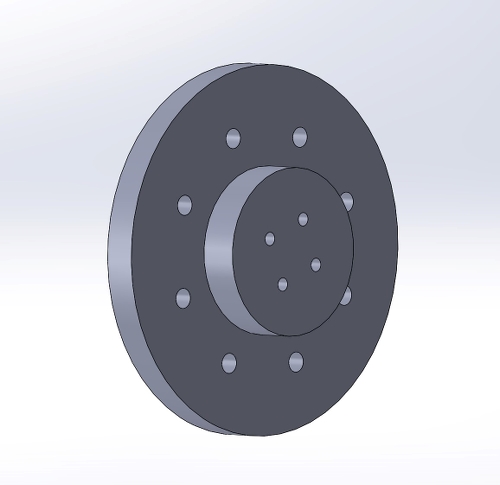 After some finagling with the fan stand and some M3 bolts we had I was able to clamp everything down to a table, hook up a radio remote, and test the idea. Now, let me emphasize that spinning this 3D printed fan, at the speeds we need for thrust to be generated, is EXTREMELY dangerous. We made sure no one was close, and we were behind some warehouse racks during the initial test. I made anyone nearby wear safety glasses anytime the motor was plugged in and for good reason, on the fourth or fifth attempt a piece flew off and shattered on the roof of the warehouse. With everything set I used the remote to give it power and it spun in reverse. Not a big deal, a quick swap of the ESC wires and we were good to go. With everything set up we pushed it to the max and you can see the results in the video here:

After I confirmed that the fan would be able to generate thrust and hold itself together while doing so, I began doing the actual turbine design. The goal for the first iteration of the design will be to just make the fan and motor sit inside an outer cowling. 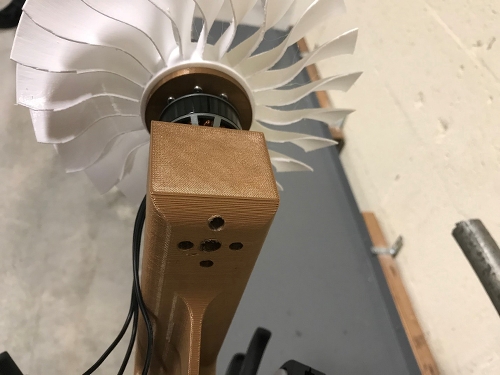 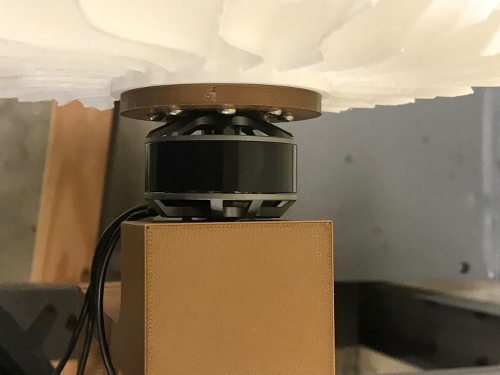 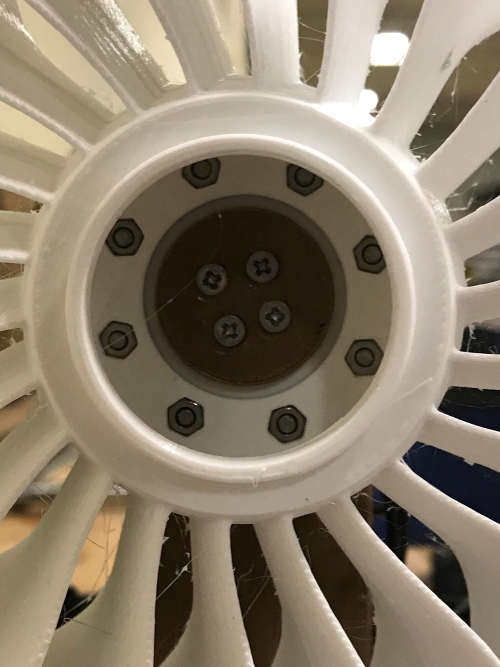 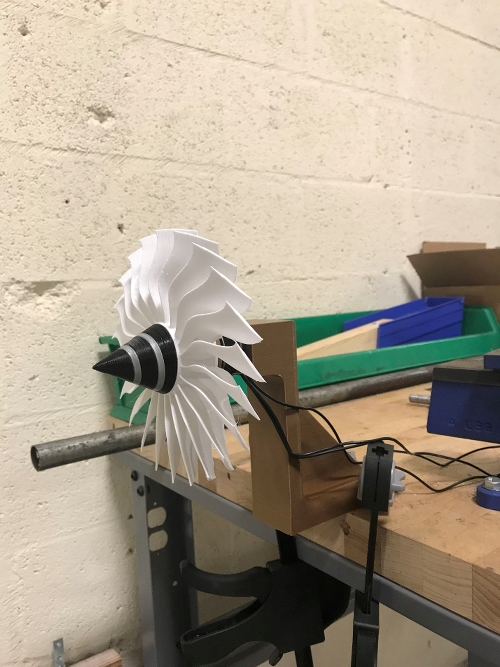