We have two of the Nano Blade QX2 drones at the Boca Bearing Workshop and I have to say they are a really great option for someone who wants to get into FPV flying/racing. Horizon Hobby sells them for $159.99 and they are sold as a BNF (Bind and Fly package). Only thing about them being bind and fly is that they have to be controlled by a Spectrum transmitter or any other transmitter that has DSMX or DSM2 protocol. However it seems to be mostly Spectrum radios that have it. And we have been using the Skyzone and Fat Shark Teleporter headsets to fly the drones.

We actually only had one of them at first though. But per usual we ran it into something and the drone broke. But that is part of flying drones. I wish I had a picture right after the crash but basically what happened was the camera case on the front of the drone broke and the camera split in half. We began looking around online and we really could not find anywhere that had the replacement parts.

Here are a few of the websites we found:

The only thing missing from the replacement parts list above was the camera and camera case. But we did manage to find that online too.

But instead of ordering the camera case I figured it wouldn't be too much to draw something up in CAD to replace the case instead of ordering it. And I wanted to get more familiar with Onshape. Although I am more fluent in Solidworks from using it at school Onshape is a pretty awesome program because it is all cloud based. That means that you can pretty much use it on any computer you have as long as you have pretty good internet connection. I even have it on my phone, which totally blows my mind. Because you could have a $500 dollar laptop with a 2.0 Ghz processor 4GB of RAM and still be struggling to run Solidworks. And Onshape makes it pretty easy to collaborate with other people on the same project. Here are some screenshots of the parts I made in Onshape. 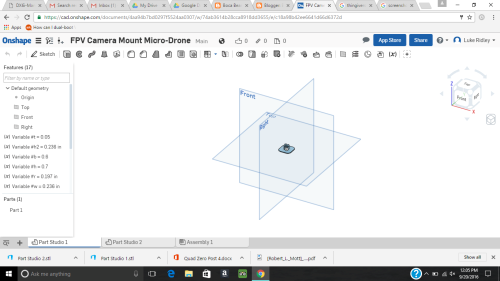 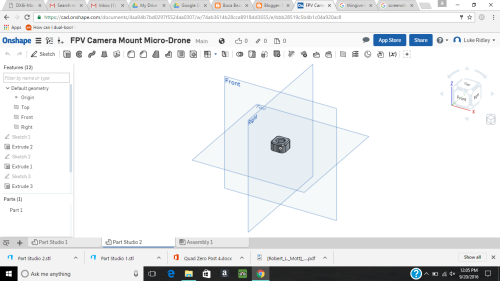 Now the real tricky part of repairing the cameras on these drones is that the wires connecting everything are super super tiny. And when I say that I mean 4 stands of braided wire tiny. Which means while you are soldering them you have to be real careful not to pull them out (which I did multiple times). Here are some pictures of the iron and microscope I used to solder it back together. 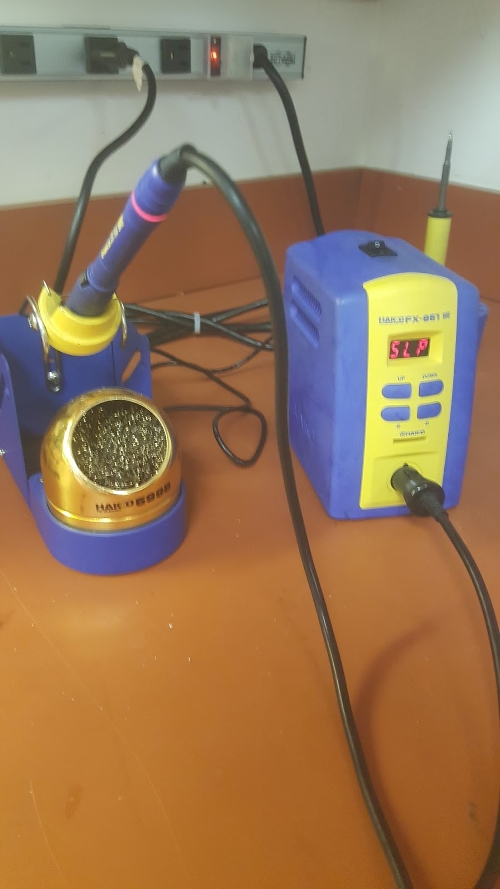 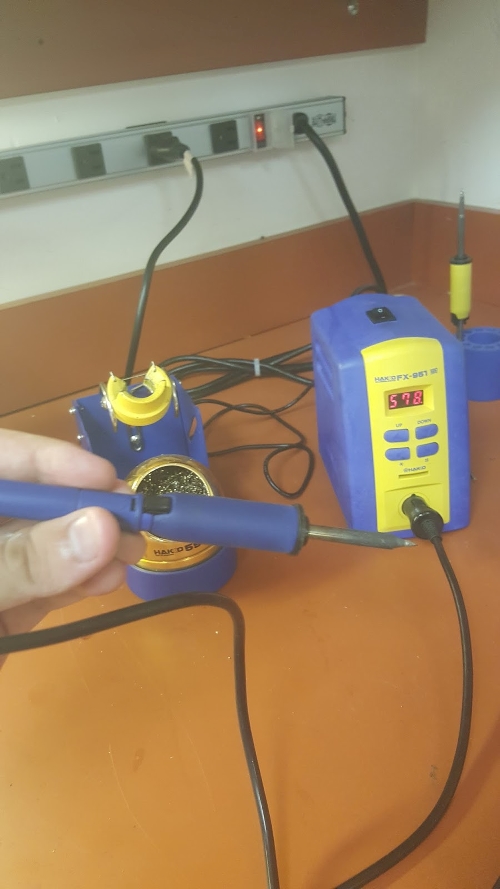 Had to scrape the adhesive off to reveal the pad I was going to solder it to. 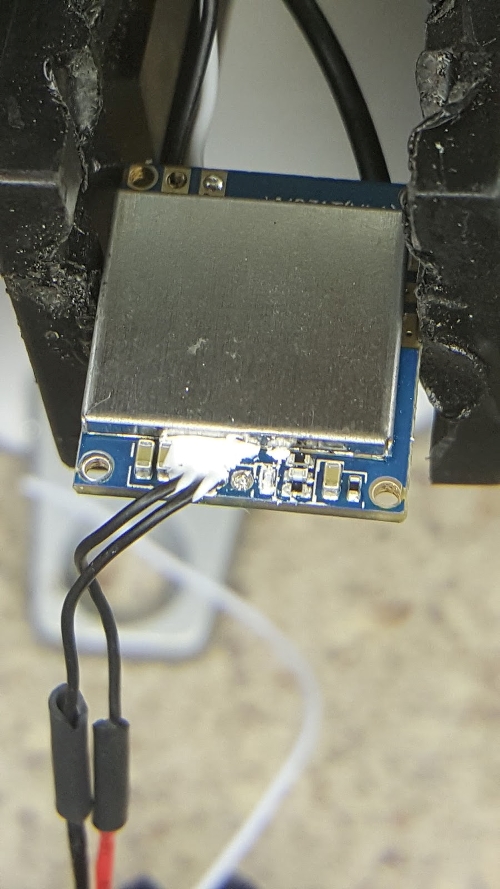 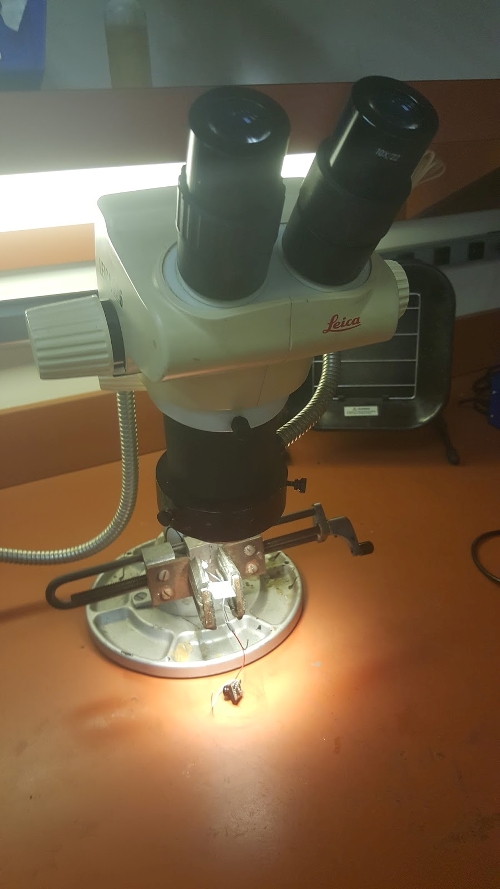 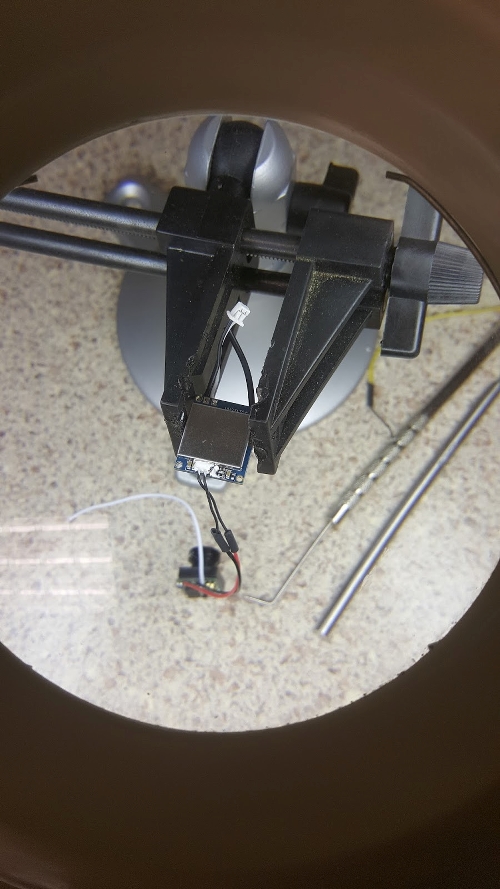 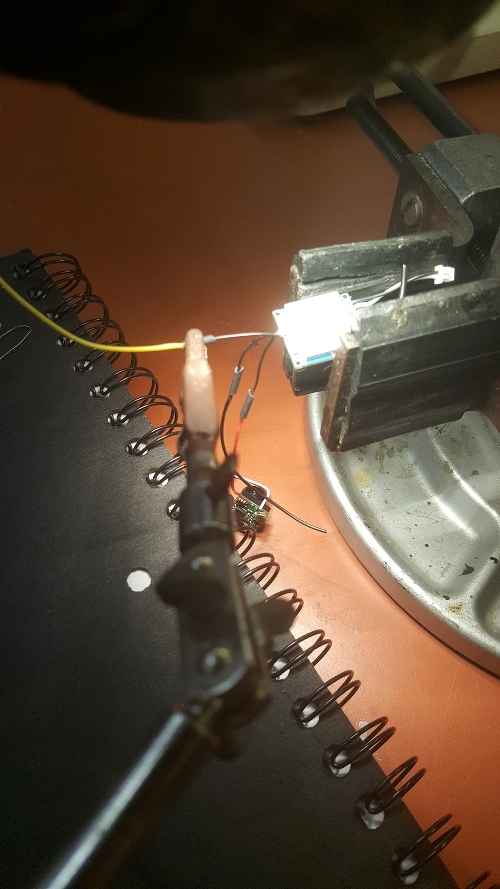 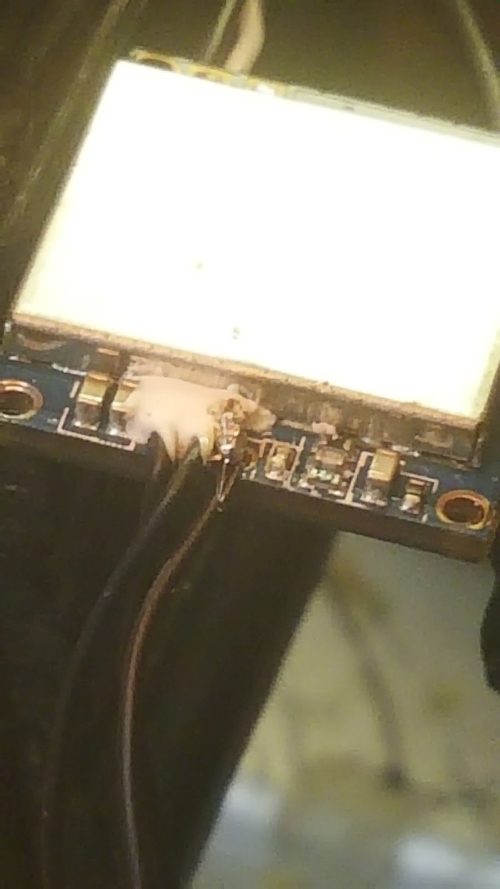 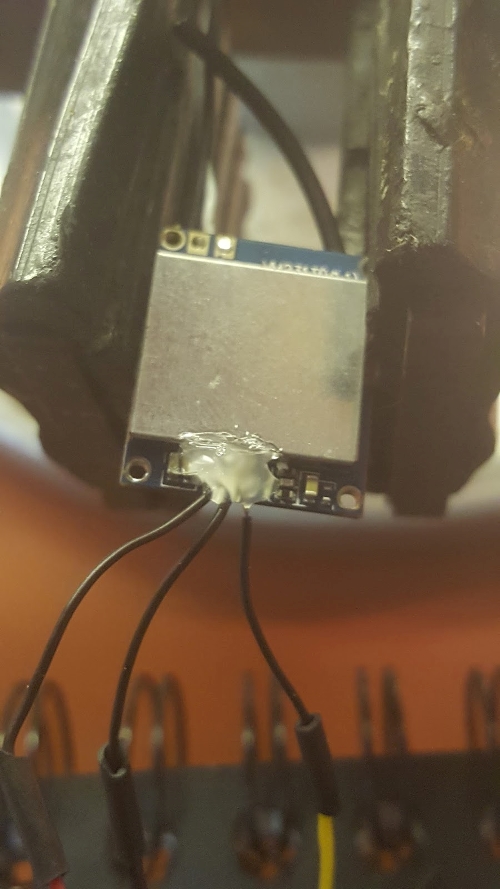 So after that was done I 3D printed the new camera holder out of ABS and decided to use acetone to "weld" the two pieces together. That is one of the cool parts of using ABS not only is it stronger than PLA but it dissolves in acetone so you can glue two pieces together by melting the two pieces a little bit and holding them together until the acetone dries which happens pretty fast. The bottle below has the acetone is it and I use the sponge on top to wipe it onto the plastic and melt it. 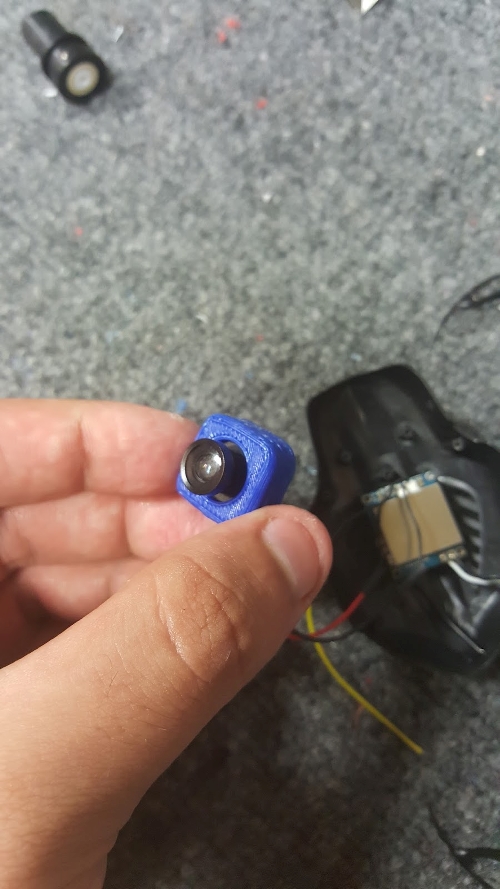 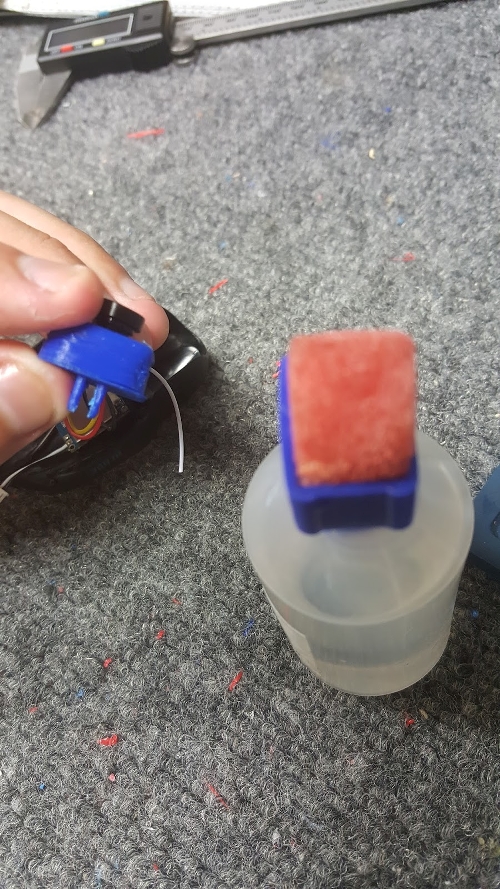 And here is a picture of both of the drones. Now that we have two of everything we will have to get some races going soon. Hopefully we can make that happen and I will have a video to upload. 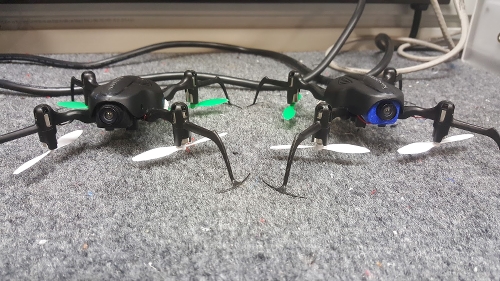