This week the electrical components were installed in Kilo. The servo and electric motor mounts were glued into place using BSI Maxi-Cure and BSI Insta-Set as seen in figure 1. 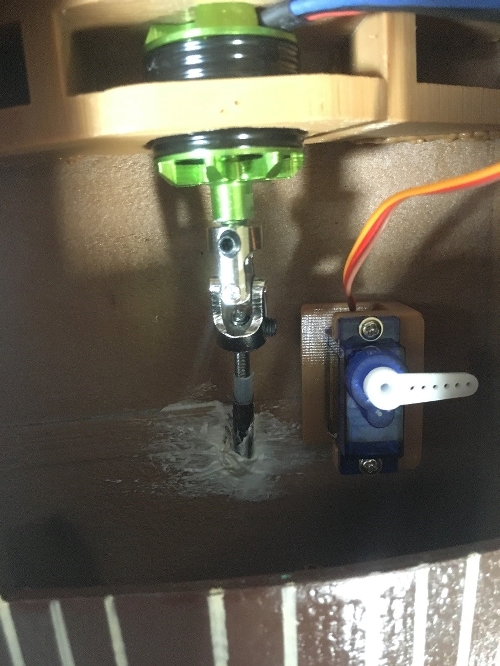 The battery mount was also glued in with the same glue as the motor and servo. The transmitter and ESC were secured using Velcro as seen in figure 2. 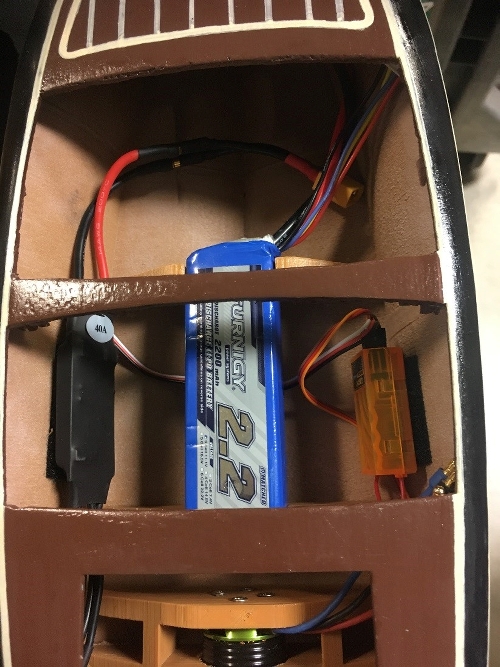 The push pin for the rudder then had to be installed, which was made from a large paperclip that was straightened out as seen in figure 3. 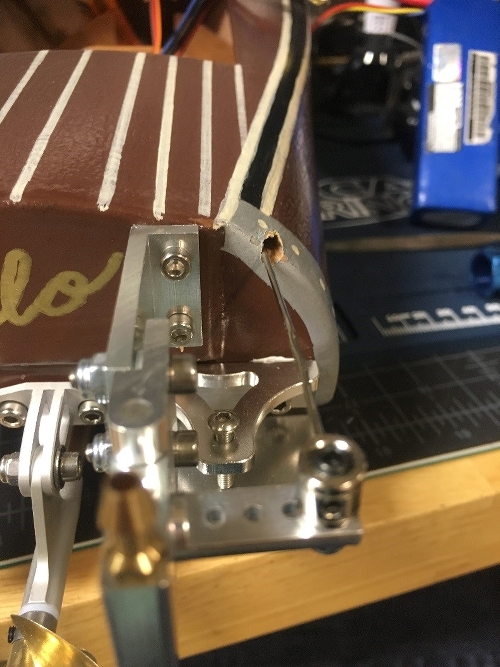 Once the electrical components were in their final place it was then time to work on the hatches. The engine hatch as seen in figure 4 is two separate pieces that will have two handles on them. They will be secured using tiny brass hinges that were installed using a soldering iron as seen in figure 5. 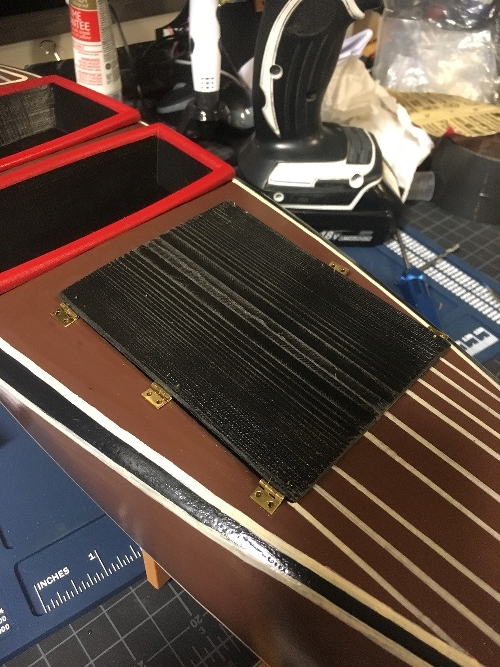 Figure 4: Engines hatches in place but still need to be fastened to the hull. Hatches still need paint. 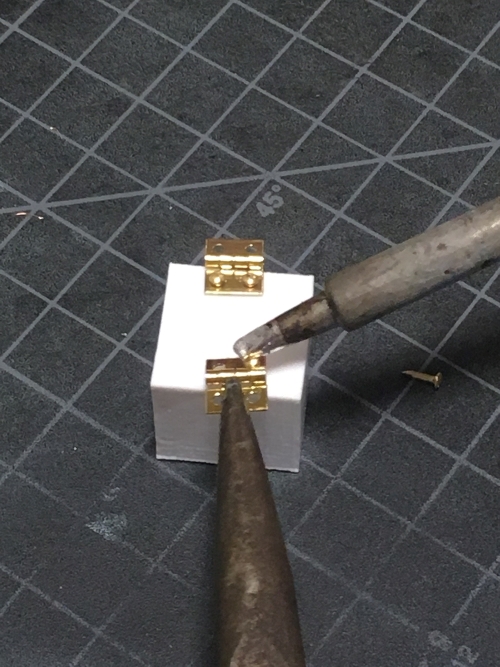 Figure 5: Nails for the hinges were heated up using the tip of the soldering iron and pushed into the PLA (white block was initial testing).