A “WAM-V” autonomous pontoon-y vehicle that explores waterways and uses camera and lidar to detect and avoid objects. 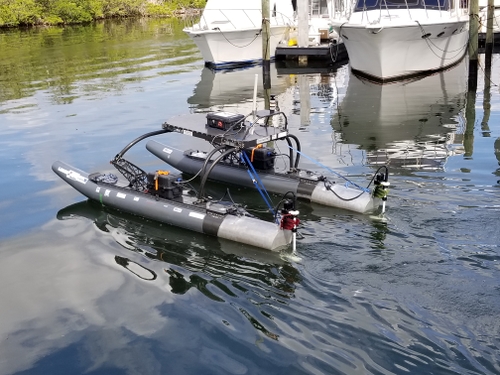 A “DUKW” amphibious vehicle that recovers lost shipping containers in conjunction with COLREGs. 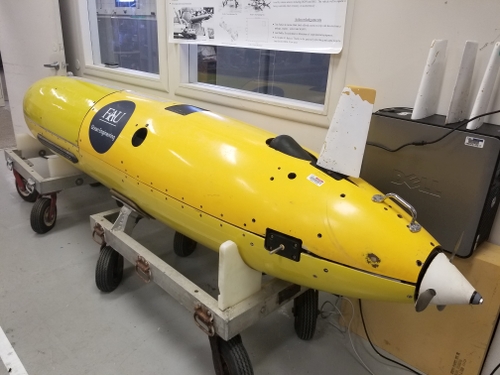 Human-robotic interaction is here. It’s here in the form of wave-adaptive modular vehicles (WAM-Vs), and it’s here to conform with the International Regulations for Preventing Collisions at Sea (COLREGs).

If it sounds like a sci-fi thriller headed to your local cineplex, it’s not—it’s the SeaTech institute located in nearby Dania Beach, Fla. And it’s fueled in part by Boca Bearings, which contributes complimentary ceramic bearings to many of the projects currently underway at SeaTech.

Per its website, the mission of SeaTech—the Institute for Ocean and Systems Engineering—is to provide an environment for advanced engineering research and technology development aimed at solving problems in the ocean. It was established in 1997 as a state-funded research center that is part of the Florida Atlantic University Department of Ocean and Mechanical Engineering.

Located near Ft. Lauderdale airport on the intracoastal waterway with easy access to the ocean, SeaTech is a world-class facility that hosts faculty, undergrad and graduate students, engineers and technicians all working together to explore ocean-engineering research and technology development. Sponsored by federal and industry funds, and contributions—as from Boca Bearings—the programs of study include acoustics, marine vehicles and materials, ocean energy technologies and more. 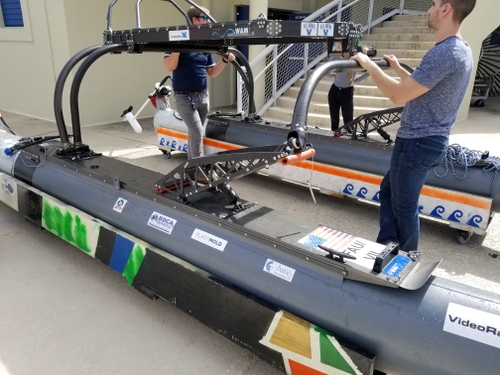 Flanzbaum and crew got a firsthand glimpse of the 50,000 square-foot facility that includes oceanfront research laboratories; classrooms and faculty offices; docking for two research vessels, as well as those of visiting boats; machine and electronic shops; a 60-foot wave/towing/flume tank; a laminar flow re-circulating channel; several autonomous underwater vehicles (AUVs), including two 21-foot Ocean Explorer vehicles with a depth rating of 300; the capability to launch, recover and operate AUVs; and the development of an underwater docking station for small-class AUVs.

As wow’ed as the Boca Bearings trio was, Ridley echoed the same impression while discussing his 2016 tenure as a student intern with the bearings leader.

“My time at Boca Bearings was so valuable to my engineering studies,” said Ridley, a Jacksonville, Fla., native. “One of the great things about interning with Boca Bearings is that we were encouraged to first brainstorm ideas and projects, and then actually given the tools to pursue their engineering and construction. It was such a hands-on experience as I got to collaborate directly with Boca Bearing’s project managers and even top leadership. That’s experience you can’t get just anywhere.”

And indeed, it’s paid off: Upon graduation with his FAU Ocean Engineering degree, set for May 2018, Ridley is going to work as a civilian mechanical engineer with the U.S. Navy in Panama City, Fla. In the interim, he’ll continue to play a significant role in leading SeaTech projects sponsored by Boca Bearings, including competitions that will travel him to destinations near and far, including the Roboboat competition in Daytona Beach in June and the RobotX in Hawaii in December.

“It’s crazy,” said Ridley. “I’m pursuing an education and career that I’m so passionate about, and I’m getting to travel to some pretty unique locations tied to that. So much of engineering is brainstorming, building and exploration, and all the time I got to spend in the Boca Bearings workshop has been so key to my development.” 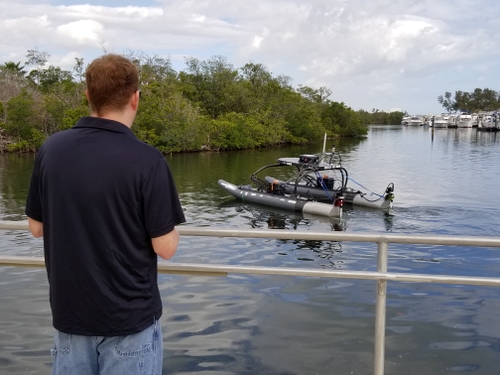