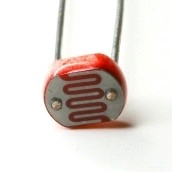 An LDR is a light sensitive resistor that changes resistance when light is applied.

As the amount of light increases, the resistance lowers: 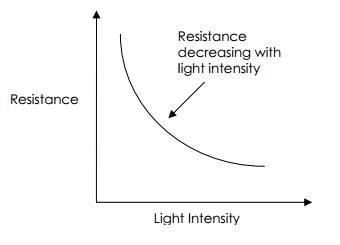 A LDR is drawn in a circuit diagram with this symbol:

Two LDRs will be used in this solar tracking system. They have a barrier wall between them to block the sunlight from an angle. If the solar panel is not aligned with the sun, a shadow will be cast on to one of the LDRs. This will create a difference of resistance between the two LDRs. The difference in resistance will be inputted into the Arduino as a difference in voltage. 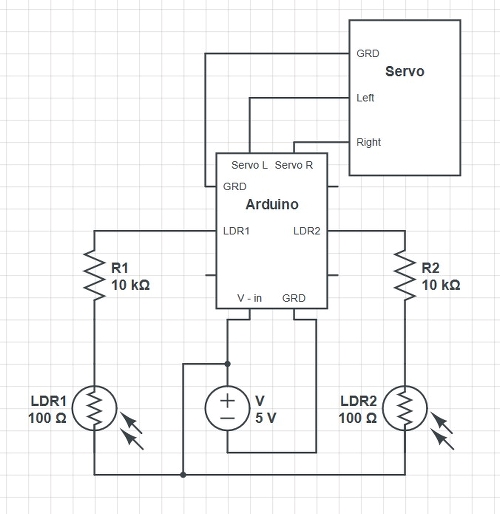 An Arduino Uno is used to control the servo from the input voltage read from the LDRs. The above wiring diagram explains the input/output from the Arduino but does not specify the pins. Since we are also running an LCD screen on the Arduino, the pins will have to be determined at a future time. The Arduino code is sourced from Muhammad Aqib from:

He uses a similar style tracking system without a wall blocking the light between the sensors.

The SG90 servo will be used to control the rotational movement of the solar panel. This servo is attached to the base plate and will be rotating the bracket in which the solar panel is mounted on. 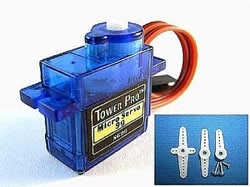 The solar panel used came from a kit from https://simplemotor.com/ 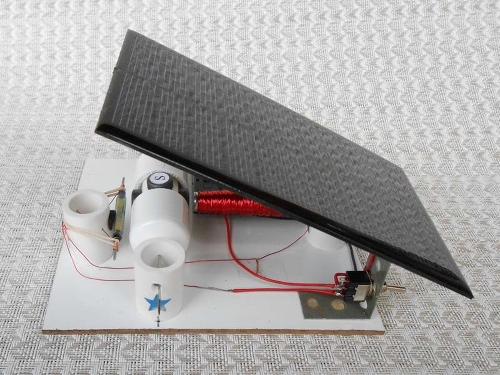