For my little autonomous submarine, I assembled the second half of the hull and made ribs from to help keep it together. I also cut out slits in the nose cone and super glued tabs with tapped 4 mm holes in them, so the nose cone could be removed. Both the nose cone tabs and ribs for the hull are made from the rest of the acrylic tube used for the pressure vessel. While assembling the full body it became evident to me that one of the back sections would also need to be removable to gain access to one set of nuts for the pressure vessel as well as the steering assembly. Instead of using aluminum stock to make the u brackets I 3D printed them after quickly making a block with 6 mm threads in it to see if the Prusa M3 could print out screw threads. I assembled the Rutter fins and small u bracket and used super glue to secure them to each other. The dive planes will have to be removable to make assembling and disassembling easier. I also started to drill the holes into the shafts that connect to the DC motors. 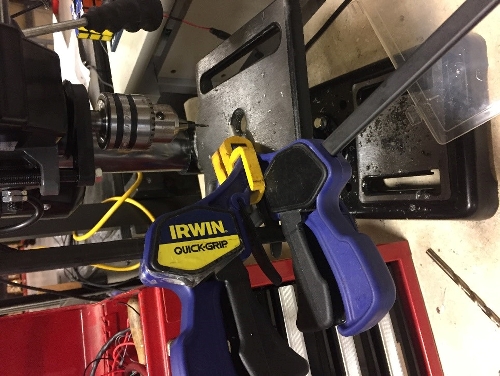 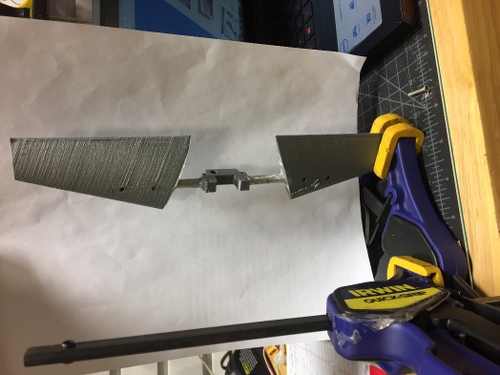 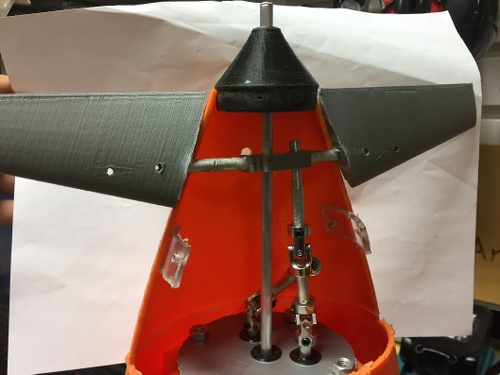 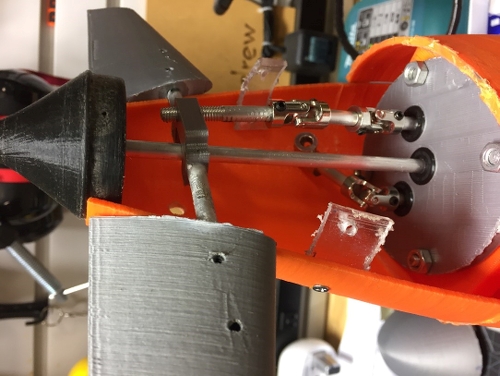 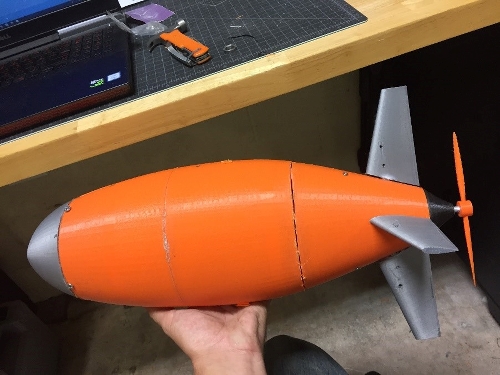 For the electric Go Kart Ryan finished welding up the frame and made a steel compartment for the batteries to rest in. The compartment is covered by the chair the driver sits on. The chair is hinged so it can be lifted, and the batteries can be removed. Also, there are two layers of dense foam matting on the back of the battery holder for the chair to rest on. This allows for a little damping from the vibrations and give the driver a more comfortable ride. The handle bars and steering where also adjusted.

Along with the battery and chair being put in the breaks where hooked up and tested. Currently the break is a lever the driver pushed down to activate the hydraulic break pads. The tires where changed to ones with better grip and traction. The back tries are larger then the front which leveled out the frame since it is heaver in the back. After a few tested we found that the chain kept slipping or breaking so a new chain was ordered made from a stronger material and we will out a tension pully on it to keep the chain tighter and less likely to slip. 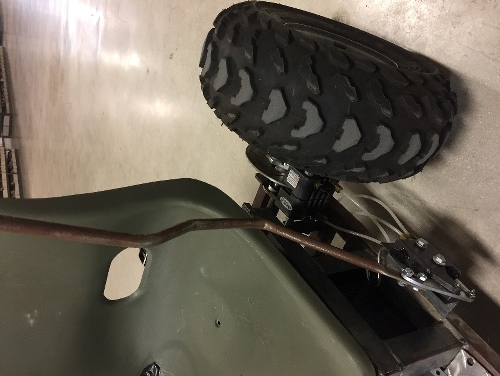 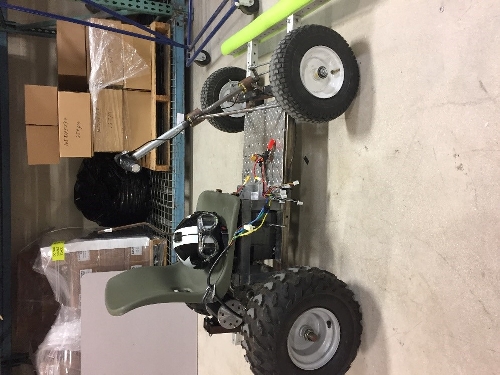