This week I did some more tweaking with the code and electronics. I added the hall sensor switch, so now it rune only when the presence of a magnet is near the hall sensor. I can change the code so that it runs when the sensor is swiped once instead of the magnet always having to be in close proximity. I tested the motors to see if they were responding to the ultrasonic sensor inputs and they were. Using the serial monitor, I was able to see the actual values that the ultrasonic sensors were sending to the Arduino and see if they made sense. Now it is ready for water testing.

As of right now, all the electronics are thrown into the hull. I will install mounts for the three sensors up front and incorporate it into the top of the ASV. The hall sensor will also be mounted on top to easily activate it. I am also currently working on adding LED lights where the viewing holes are in the front of the ASV. They will light up green when there are no obstacles in front of it and switch to red when there is an object detected in front of it.

The metal rods part of the shaft got a little bent while I was installing them, so they will have to be replaced. Because of the bend, the propellers wobble a bit. I will use a stronger metal this time since I had to put in a bit of elbow grease to get them to fit snug inside the bearings. The propellers are also angled more steep than normal because most of the internal components will be situated in the back. I also didn’t want the propellers to be sitting half out the water since the hull is very buoyant. 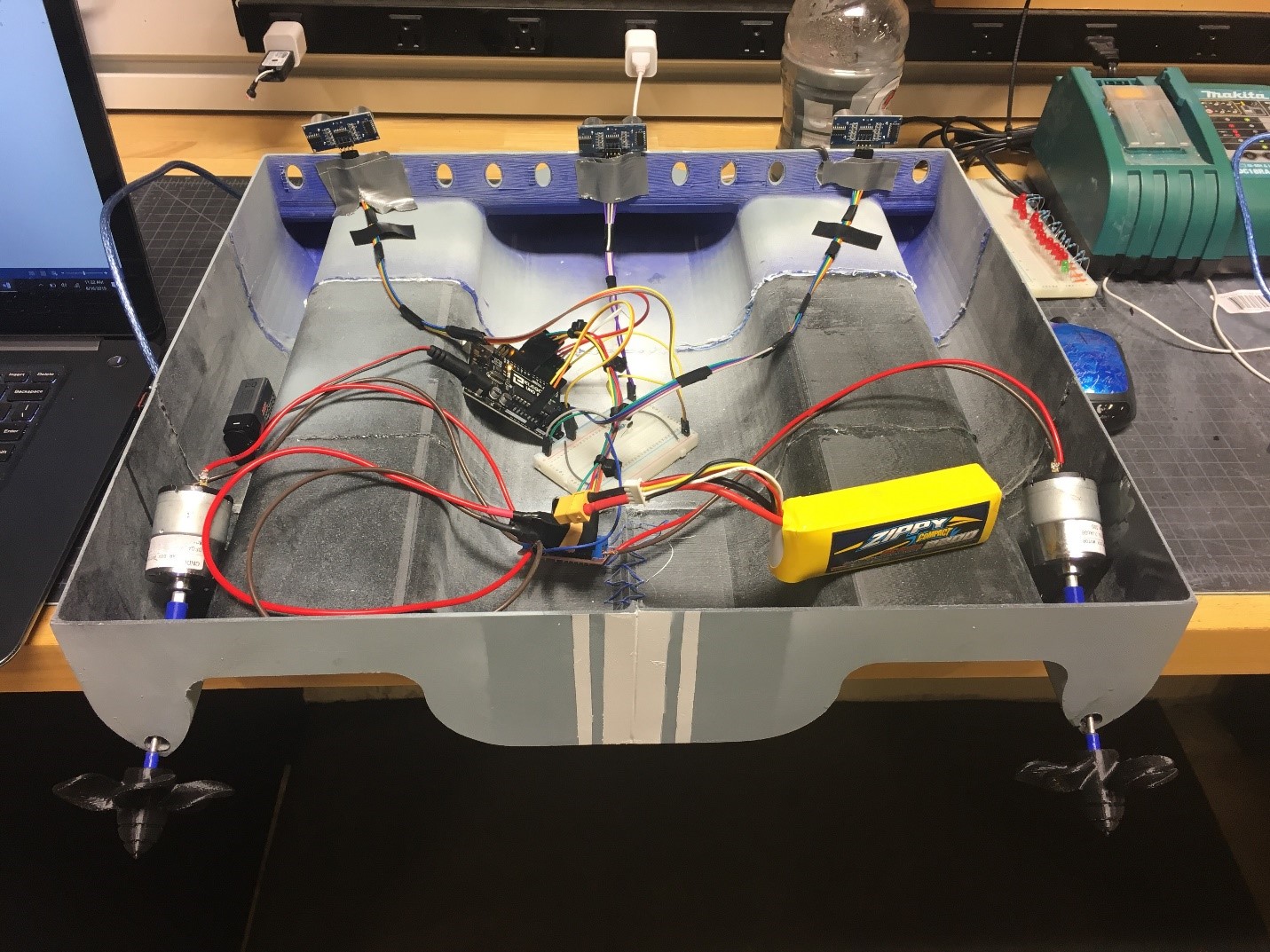 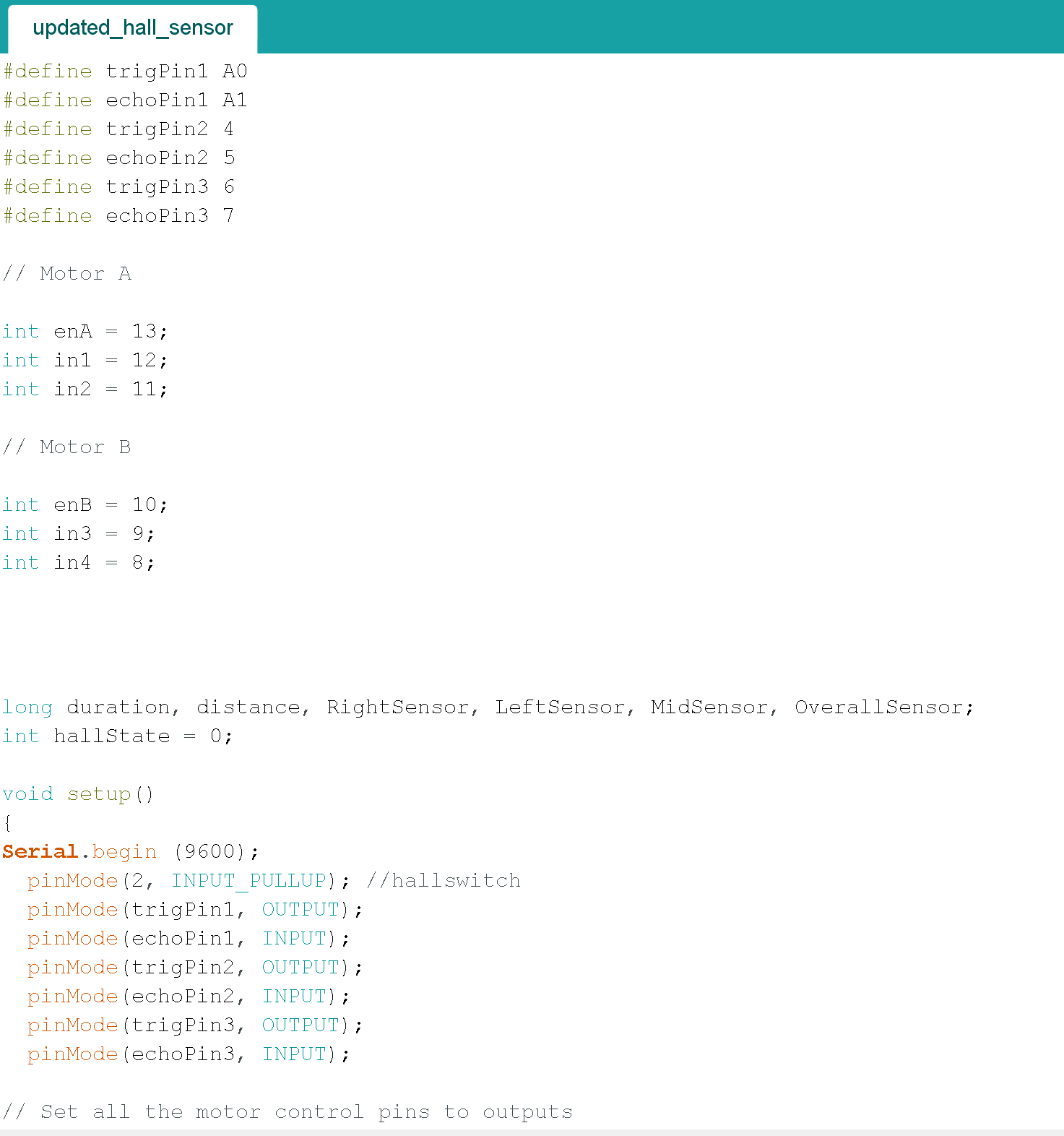