This week in the shop I continued working on the improving the Candy Sorter. I noticed that the project did not have a formal schematic, so I began by creating that using Fritzing. That schematic is here: 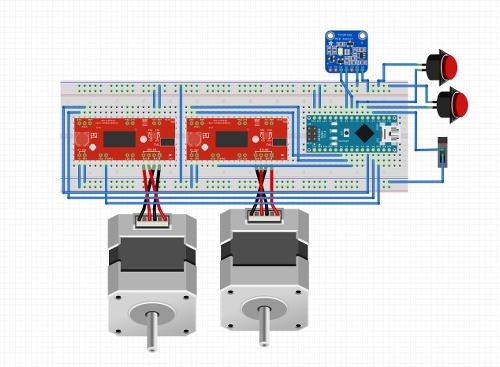 Note that this schematic does not include the second Arduino necessary for the lighting effects and mixing servo, although it would be very straightforward to add in. The other questionable aspect of this is the steppers and buttons since they are not the exact ones I used on my breadboard. Both these are easy to fix if the wiring is incorrect.

With this done I finished up the base wiring for a protoboard version of the project but I was unsatisfied with how everything looked. Even without adding in the internal connections on the protoboard everything looks quite messy in my opinion. 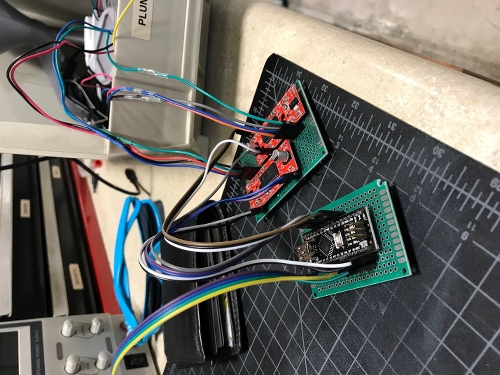 To resolve this, I decided to go ahead and create a PCB with headers to simplify the project. I had recently discovered a free to use PCB tool called EasyEDA (https://easyeda.com/) and decided to give it a go and see how it compared to things like circuit maker and Eagle. I loaded up their desktop client and immediately was able to make the schematic. I found that EasyEDA has a very straightforward interface which greatly helps reduce the time to learn the software. In a few hours I had gone from nothing, to a finished PCB. 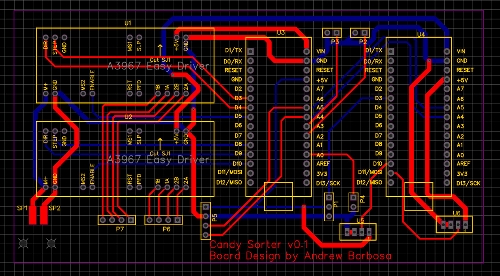 I saved the design and then came back the next day to see any revisions needed to be made. That was when I realized there were several issues with power distribution and also missing components (for the lighting) that need to be corrected. With these in mind I began working on a v0.2 of the board which I’m adding here: 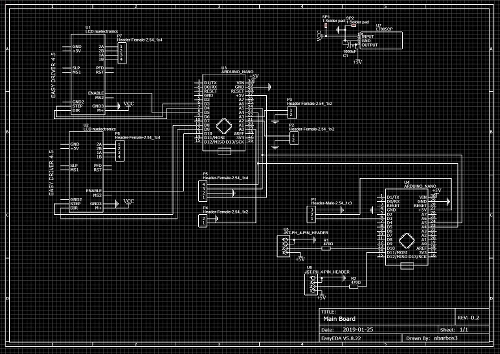 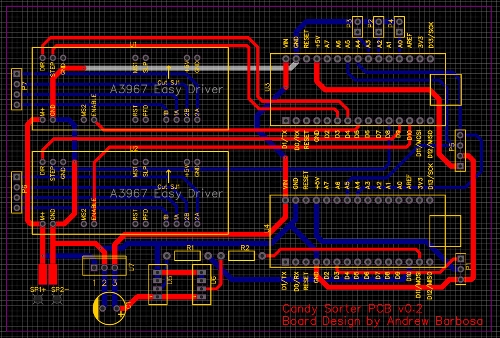 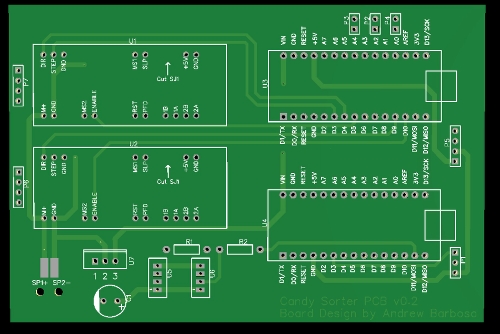 With this second version done we went ahead and order 5 boards made using EasyEDA’s supplier. It was very simple since, with one click, they upload your design to the supplier meaning all you have to do is pay for it. They offer to also export the standard GERBER files if you have your own supplier. With that done we order the few components left and once they arrive we can see if it will perform as intended.