Short update this week! After setting up the board I was able to get the feeder motor spinning. It seemed like it was not behaving in an expected way so I began debugging by connecting the main Arduino to my computer and opening the serial monitor. For some unknown reason the code was stuck in calibration mode, hence the odd behavior. While I was attempting to solve this, I noticed the stepper drivers were getting very hot. This made me realize there was some sort of issue happening with the power delivery. I took my multimeter and began probing to find either a short or some other voltage source for the issue. I discovered, with some trial and error, that the source of the issue was the Vin pin on the Arduino. When USB was plugged in that pin output around 4v and that was causing issues because I had nothing preventing that from feeding back into the main 12v input line. As soon as I realized what was happening, I knew I needed to add in a diode. Specifically, a 1N4148 diode in series with the 5v line.

I wanted to test this before adding it, so I grabbed a diode and soldered it onto the input of the voltage regulator and the 12v input. With this in place I severed the trace on the board and connected the Arduino back to my computer. The lights turned on and the stepper drivers turned off and after checking the 12v input with a multimeter I confirmed that there was no longer any current flowing backwards. With that solved I plugged in the power source and everything came back on like normal and after leaving both USB and power plugged in the drivers remained cool to the touch. The next step will be redoing the board to include the diode as well as the other changes I mentioned in the earlier post. But for now I’ll keep using the current board to keep things going. 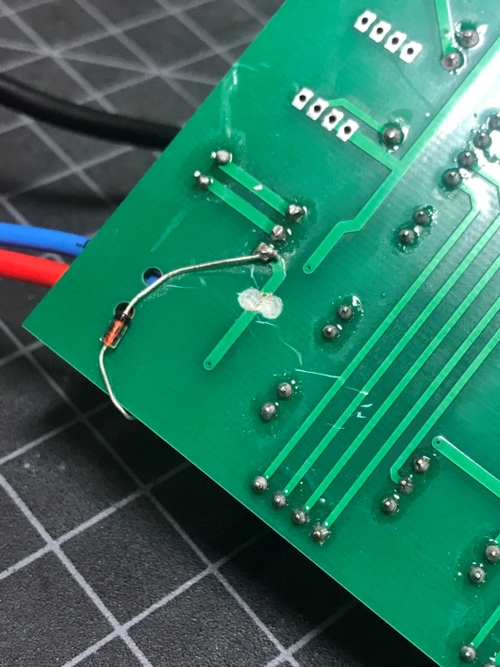 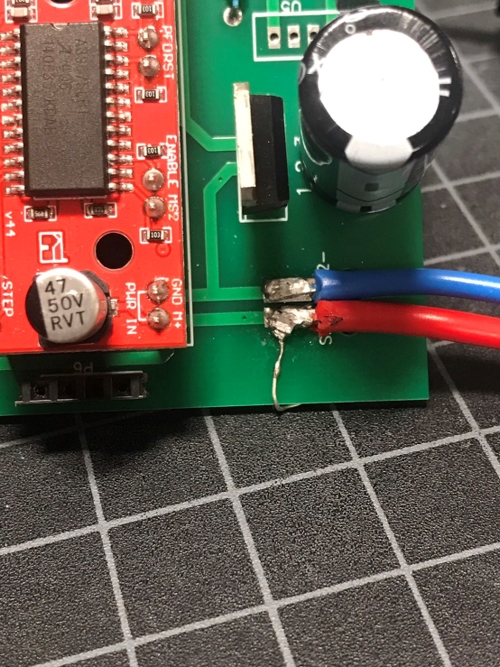