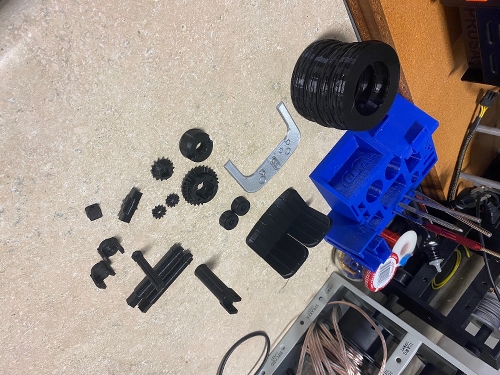 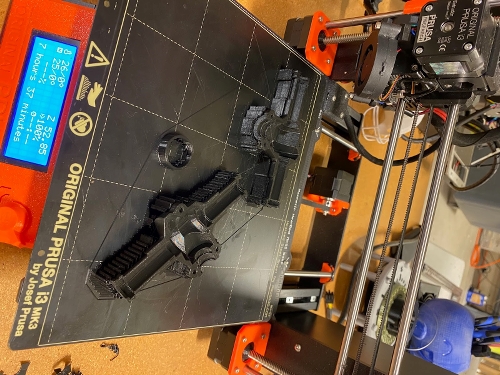 The next print that I did was the mid section for the body of the vehicle. For this I decided to go with white ABS plastic (1.75 mm) for increased structural rigidity.  30 percent infill for the print, 0.15 mm layer height.  For a first time print in an open air non controlled environment I was surprised it did not warp when printing.  Total print time for this component was 13 hrs and 44 minutes. 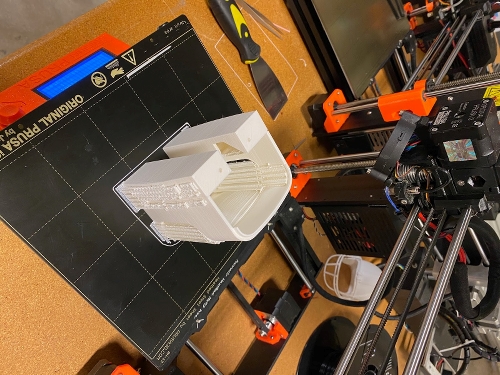 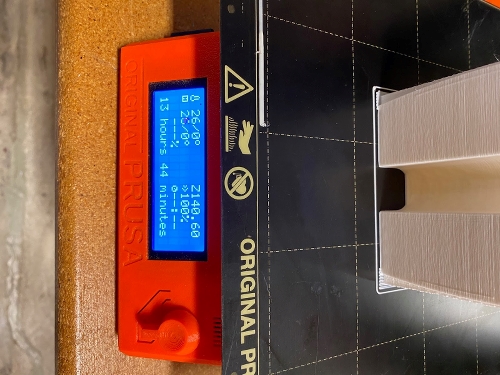 While I was waiting on prints to finish for the rest of the body I began to assemble differential.  I used 10x15x4 mm Stainless Steel Ultra Seal bearings for the inside of the differential.  They can be found here: https://www.bocabearings.com/products/smr6700-uu-7-ps2-2748

I began to assemble the front frame once the parts were finished printing. I used white ABS (1.75 mm) for the hood and front struts and black PLA (1.75 mm) for the front springs and supporting members. Both at 30 percent infill and a 0.15 mm layer height.   I wanted to use PLA for the front springs to see if everything would fit in place. I plan on printing them in ABS moving forward due to the increased structural rigidity the springs need.