Through the past few weeks of working on this bearing comparison tower, I’ve faced many technical difficulties through prototyping, designing, and other issues. Many of these issues not only helped me find a better way to complete this project but also gave me a better understanding of how to effectively prototype in engineering which will assist me in the future.

With all new towers printed to accommodate the larger Greartisan 100RPM motors, I was able to take the project out of the warehouse to display in the front office here at Boca Bearings. Attached below are the first iterations of the tower design that would eventually become the finalized version that is now used for display. When I started this project, I had originally intended to use the left-most green tower and use 1-to-1 gear ratios with small plastic DC gearbox motors. Over time, I realized that the base of the tower simply was not large enough to compensate for the large gears above, leading to the second tower design in the middle of the photo. Through this design, it was far more stable than the previous but would still shake vigorously as the new gears were tiered up to make the top wheel spin as fast as possible. To fix this, I added sloped sides to the main part of the tower to distribute the forces down to the base which drastically improved the stability. Once this iteration was complete, the only change that I needed to make was the piece in the back of the tower that the new motors screw into.

Through this testing and redesigning process I was able to get to the final base design that is on display now. With these new motors, they gave the exact results I had hoped for; more torque and consistency. By using these 100RPM gearbox motors, each tower can now effectively demonstrate the difference in bearings with low variability coming from the other parts.

As I’m currently taking a physics course over the summer, I had to ensure that the moments of inertia would cancel out by having two towers rotate one way and the other two rotate in the opposite direction. With all four towers together, the bases no longer vibrate and move drastically over the surface as they did when the towers were separate.

Over the next coming week or two, I may replace some gears so there is a more secure fit within the bearings to prevent them from sliding out after extended use. When I attached the towers, I used small pegs that aligned with holes at the bases of each tower, not only for display purposes but to also improve the stability of the display as a whole. I decided that I would use super glue to attach the towers in pairs but separate them in the middle with pegs used to align the towers. This came to mind as I hope this piece can be displayed for years to come and be easily transportable as the display is quite a long piece when connected.

Now after various prototypes, tests, failed prints, and trouble with electronics, I am extremely happy with how this project came out. Being able to realize this idea through 3D computer design to then printing them layer by layer with 3D printing will always be extremely mindblowing to me as to how much technology has evolved. If you want to see this display in person and press the big yellow button, it is currently in the Boca Bearings’ pickup window and will be on display at Maker Fair in Orlando this November. 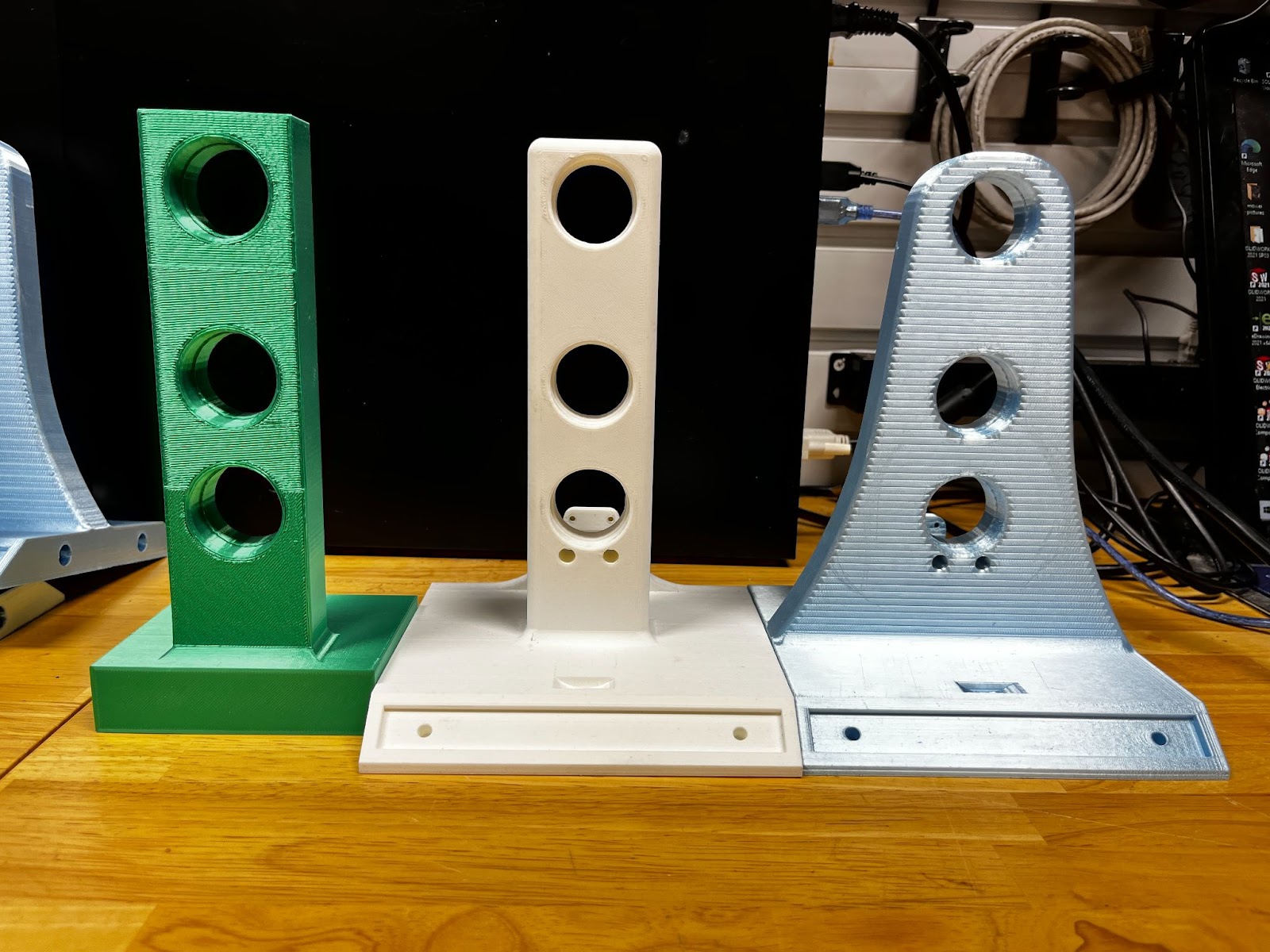 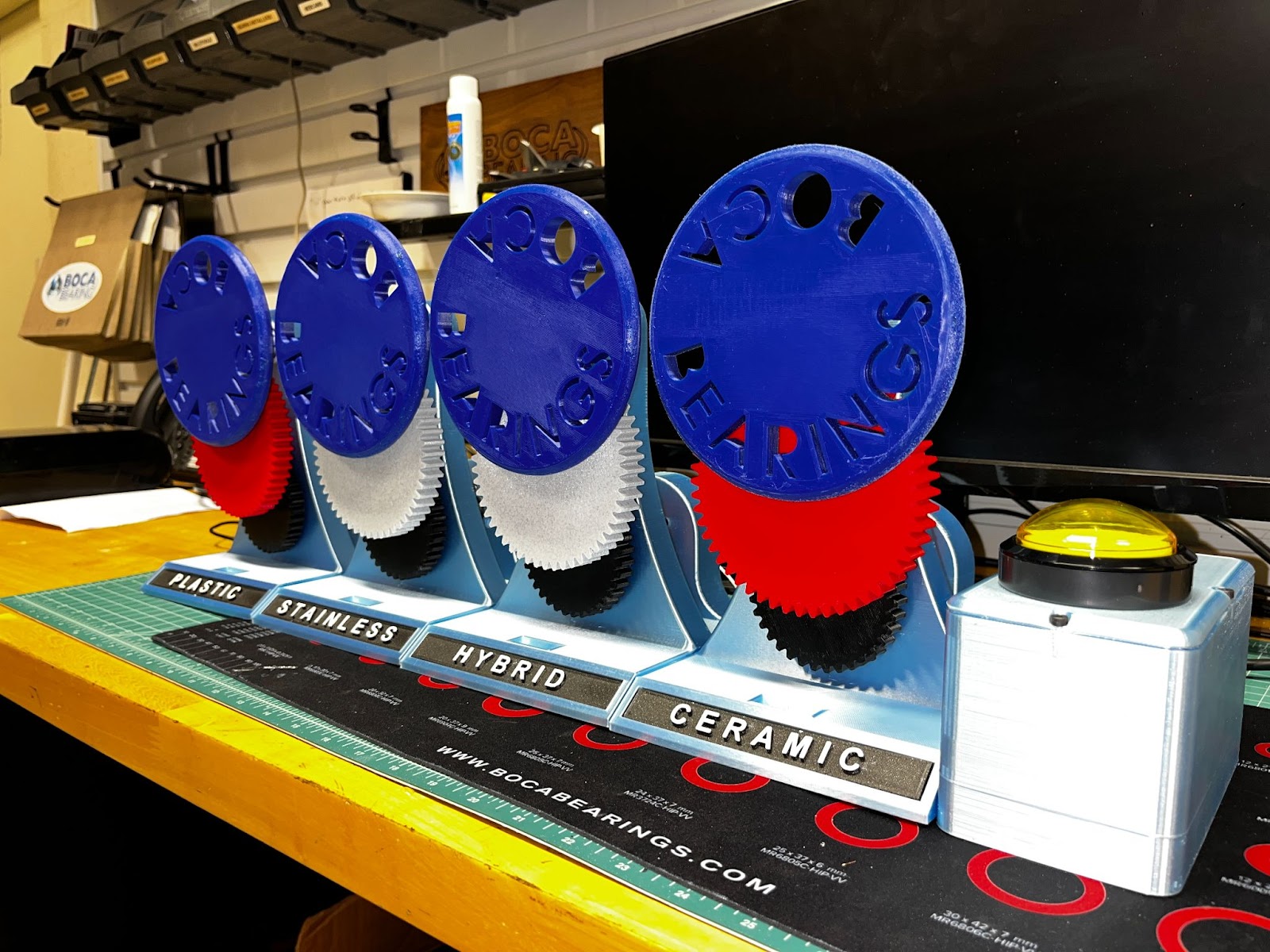