Got the PVC sleeves on the rear tires but it took a lot more effort than I thought it would.  In order to get them to slide on I had to grease up the tires and deflate them, cut the pvc to the correct width and begin sliding them over the rear tires of the trike.  I had to use a hammer to get them fully on but once they were on they were nice and snug.  I then inflated the rear tires so the PVC wouldn’t slip out when I was drifting.  I got the PVC here: https://www.mcmaster.com/pvc/standard-wall-plastic-pipe-for-water/pipe-size~10/schedule~40/ 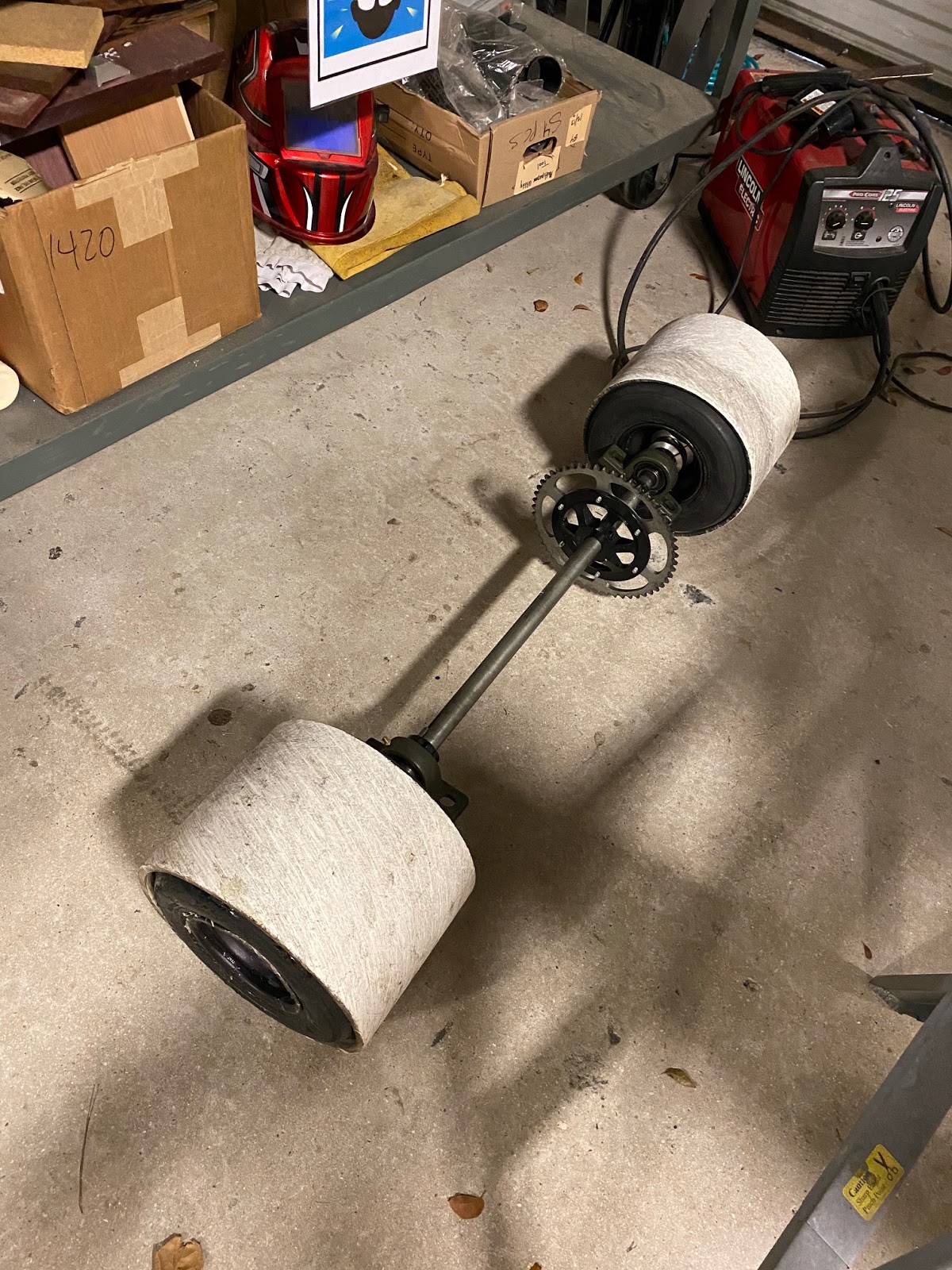 The trike is so much fun to ride with the PVC on the rear tires!  It completely transforms the vehicle and it feels right at home when you get the rear loose. The next modification I did on the trike is more of an aesthetic one, as I ordered a custom flag with the Boca Bearings logo on it and wanted to put it on the rear of the trike as a removable flag.   I began to mock up a simple design with the spare tubing I had around the shop and welded a flag holder to the rear of the frame. 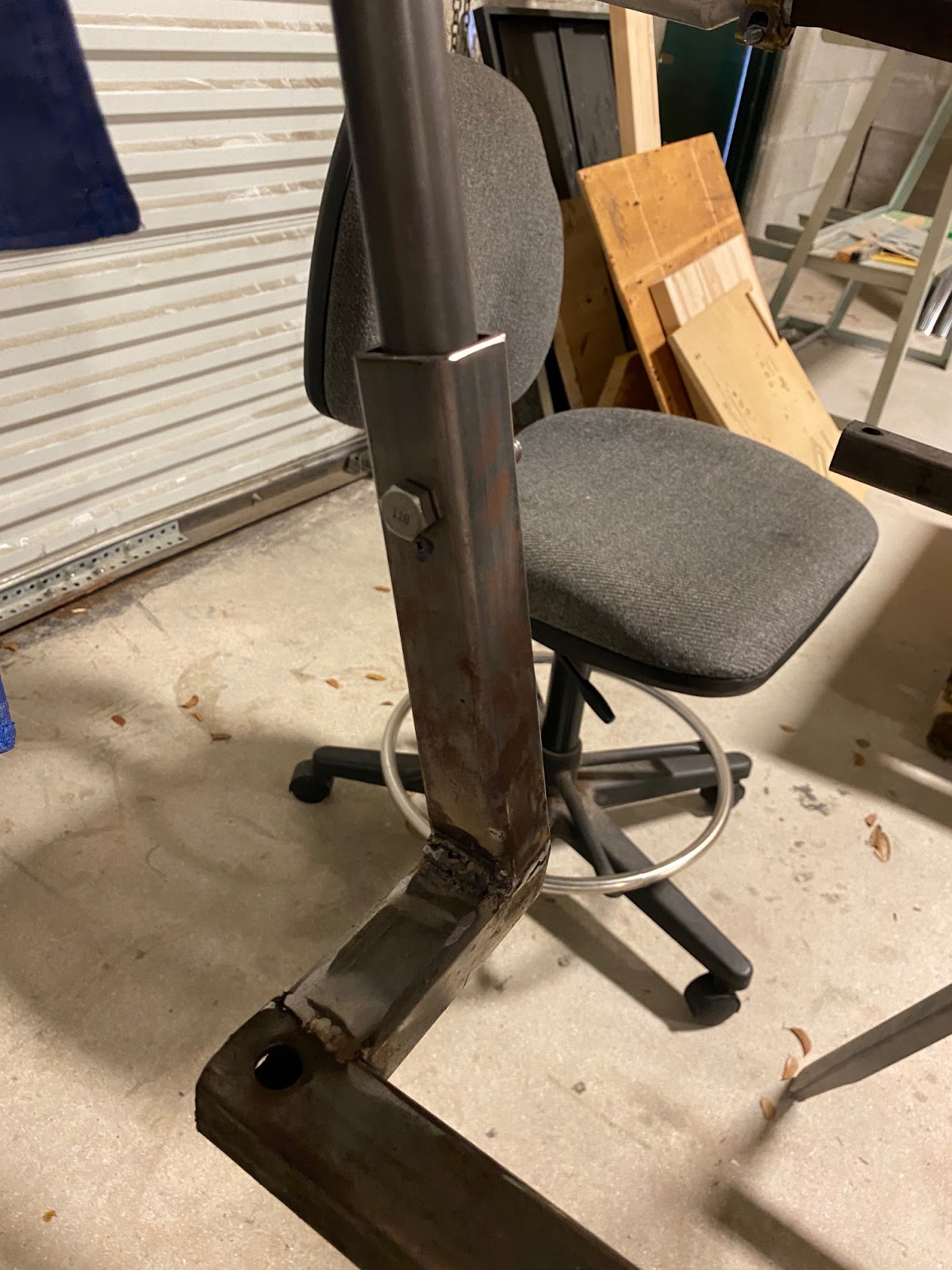 I wanted the flag to be removable, so I drilled out holes through the metal on the flagpole and the flag mount for a bolt to go through.  That way when the flag is mounted it will be solid and not move around when the trike is underway, as well as be easily removable if one wants to take out the flag. 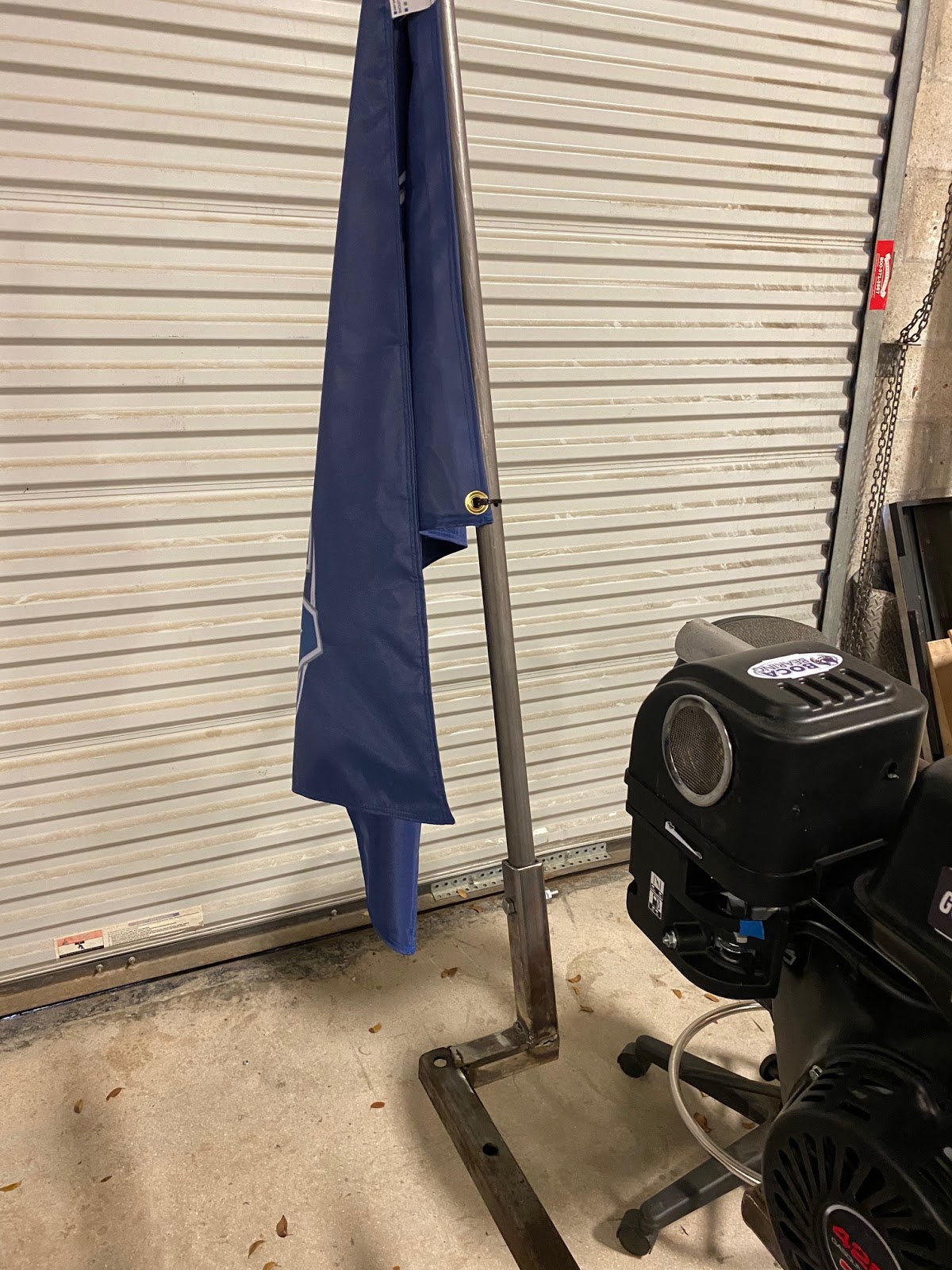 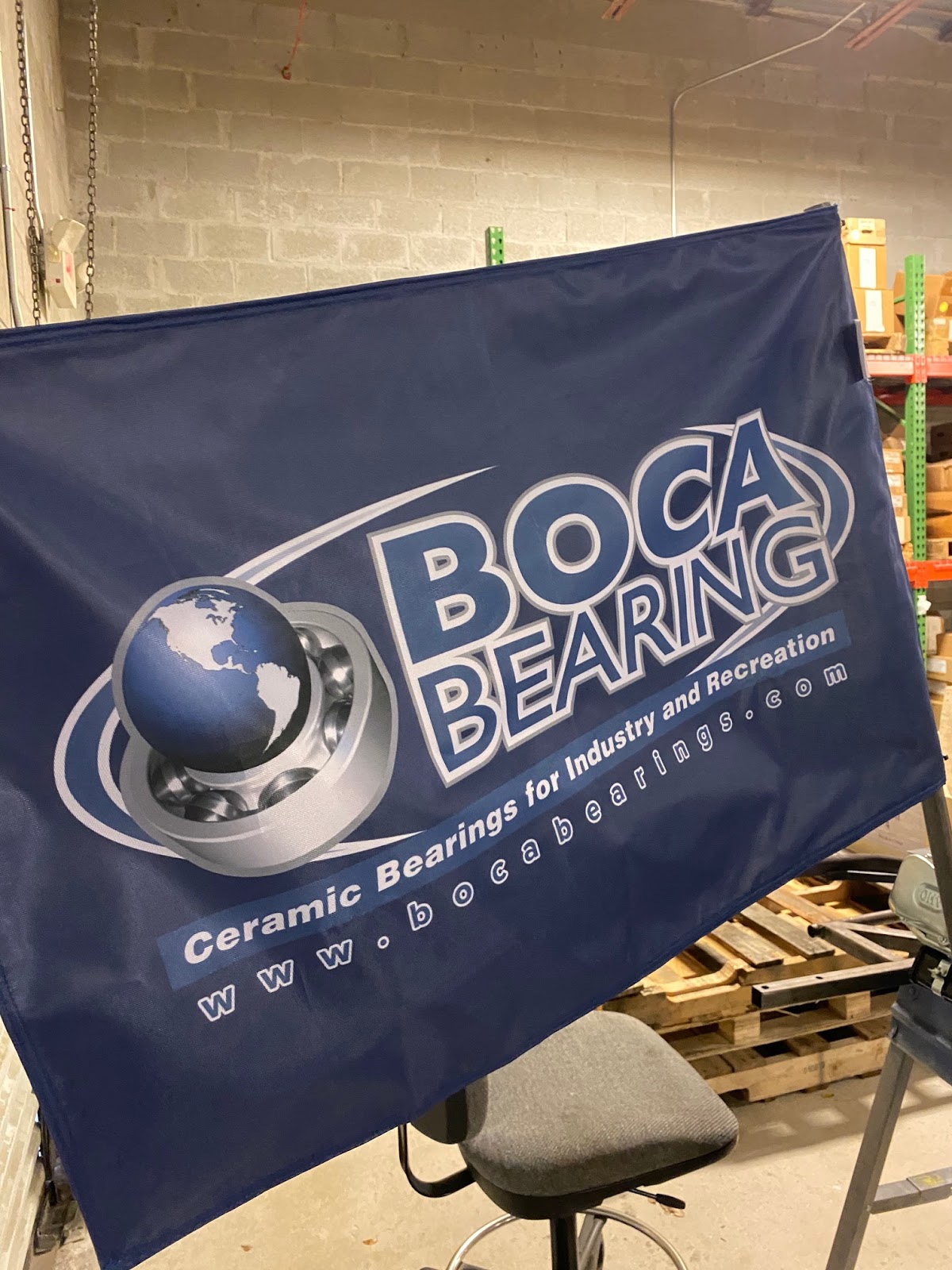 My next step is to find out how expensive a nice blue powder coat would be for the frame of the drift trike, as it will prevent the metal from corroding and rusting while also looking nice. 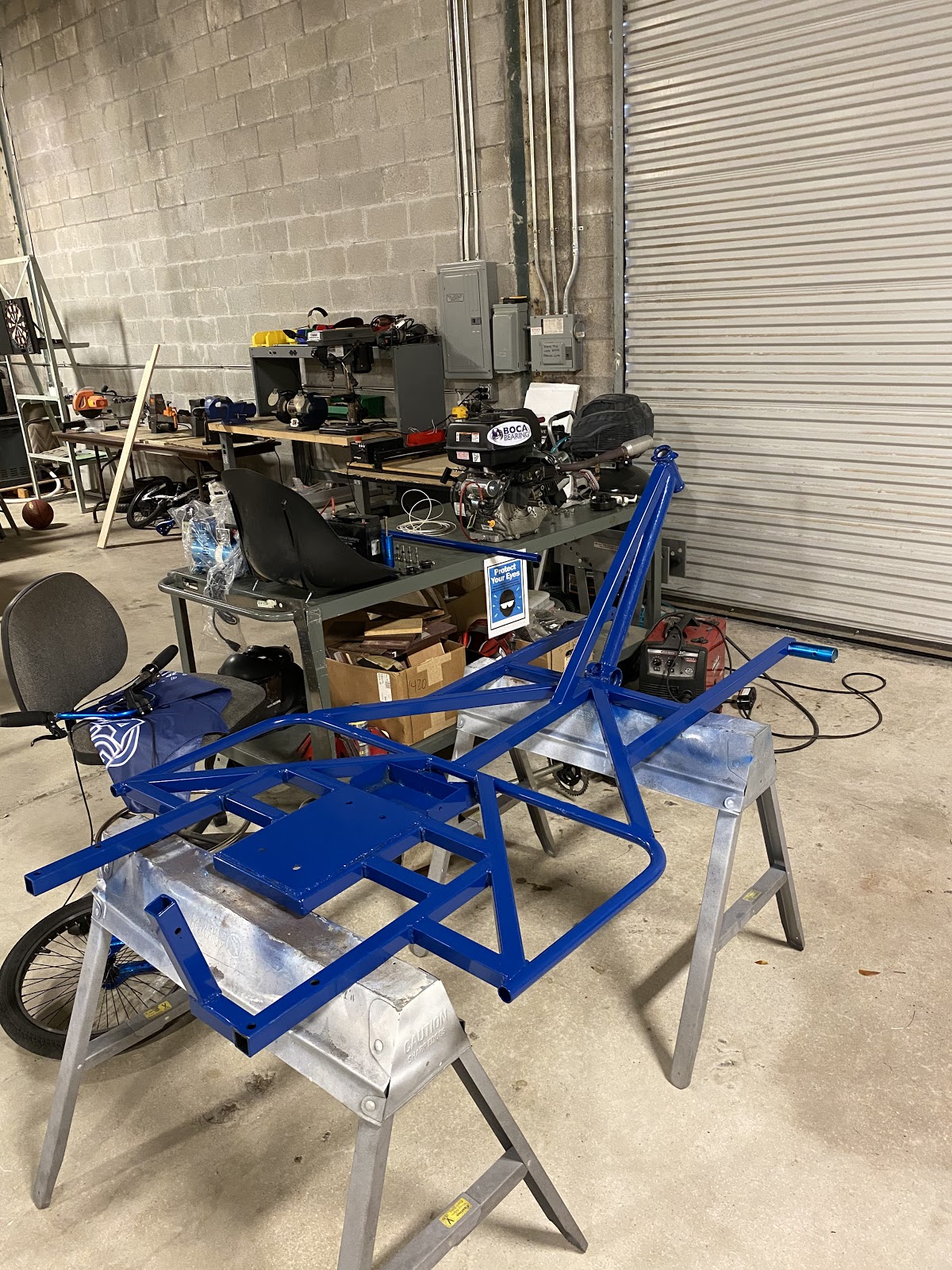 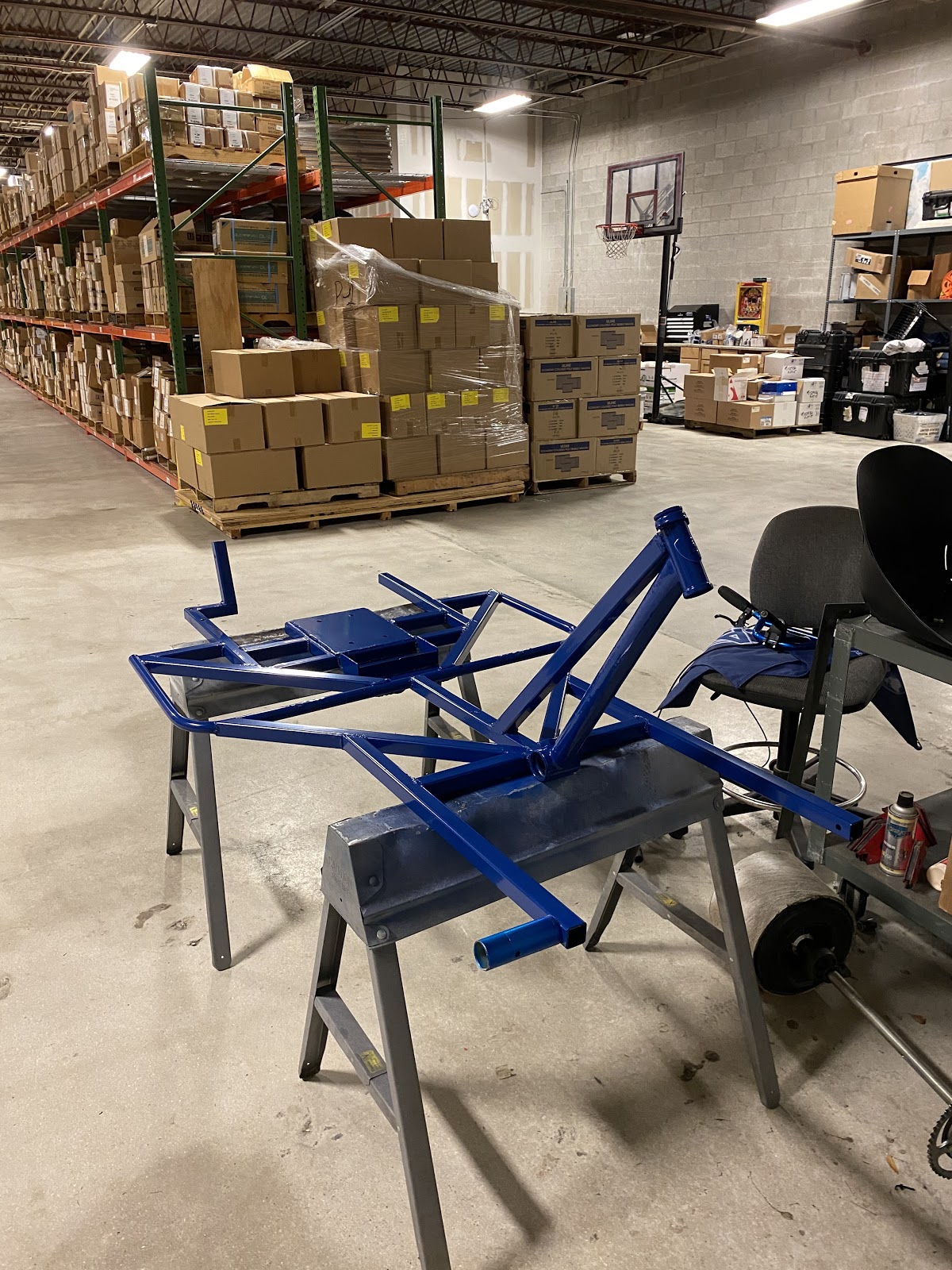 The powder coat was finished today, looks great.  I got it powder coated with Ford Blue from prismatic powders: (https://www.prismaticpowders.com/shop/powder-coating-colors/PSB-4624/ford-dark-blue).  Luckily I found a guy in the bay next to Boca Bearings who did the work for me and gave me a deal.  Now it’s time to assemble the trike back together for the last time and ride it.

Got everything back on the trike and it looks miles better than it did before with the new powder coat.  Took it for a test ride and everything is working properly.  The only thing I had to modify were the axle pins for the wheel hubs and the sprocket.  They kept coming loose after a quick ride or two, not transferring the motion from the sprocket to the axle and to the rear wheels.  To fix this I welded in some small tacks where the hubs met the axle pin, and this should permanently fix the issue.  If for some reason I need to remove them I can always grind down the welds so the pin can be removed.

This trike build was extremely fun for me, and I learned a lot in the process.  I would definitely change the design and drivetrain if I were to build another trike as I feel this trike is a little excessive in terms of size and power, but there really is nothing that looks quite like it which I love about it. 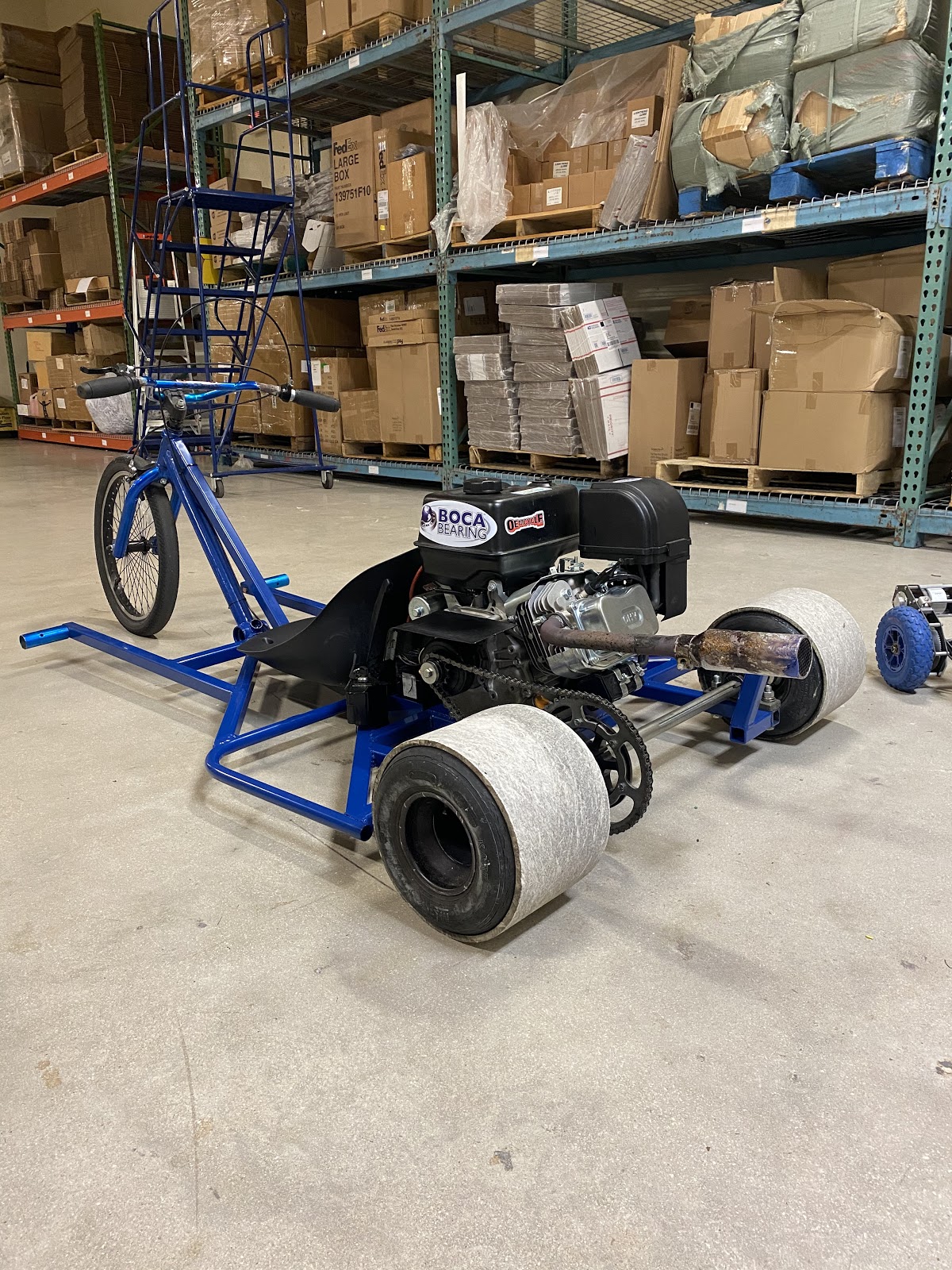 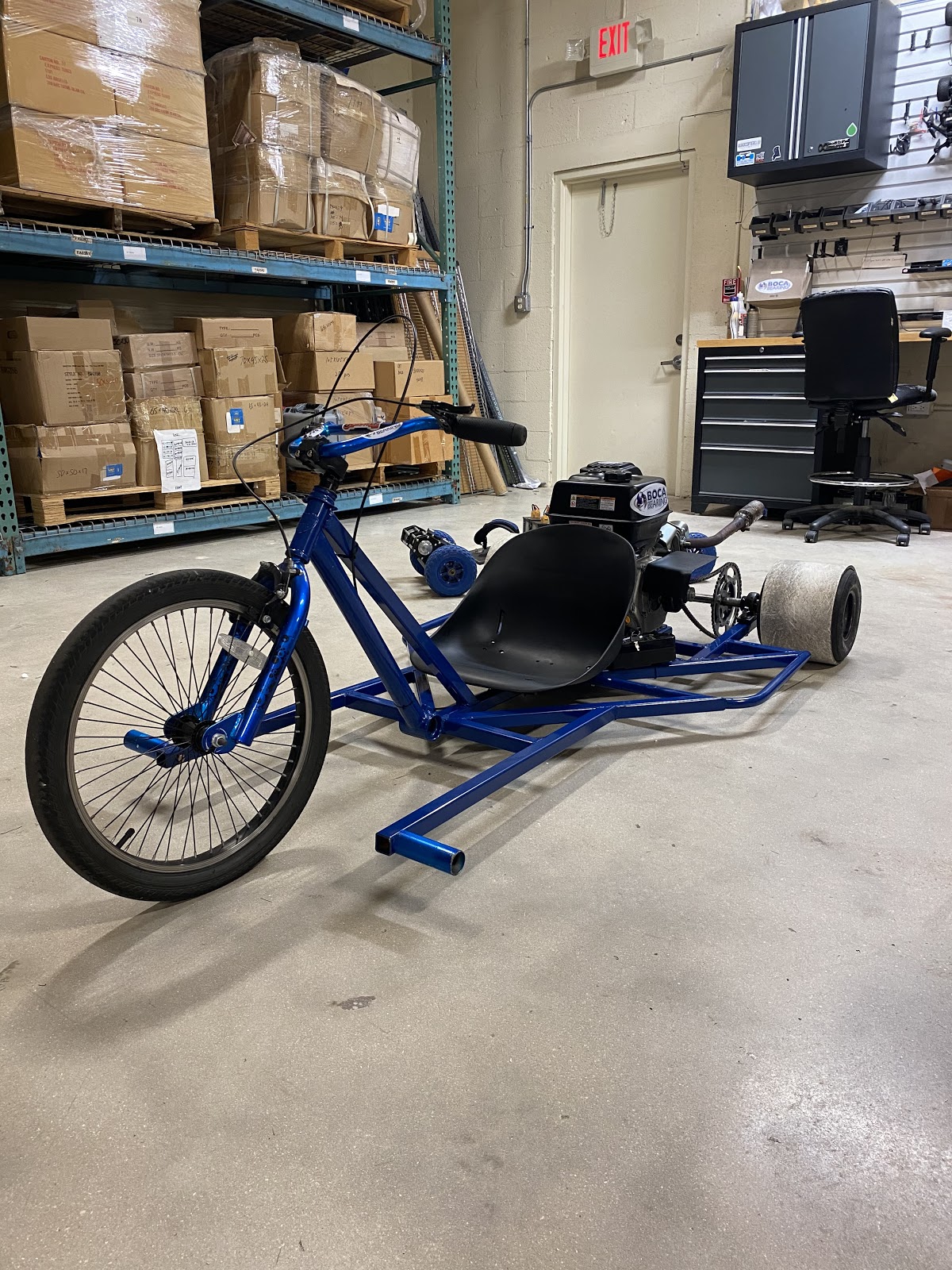