Boca Bearings has always attended the Maker Faire in Orlando but have never been super competitive in the Powerwheels event.  Jason, the visionary at Boca Bearings, wants James and I to design a reliable and competitive Power Wheels go kart to compete at Maker Faire.  We were eager to take on the challenge as it leads nicely into a next build project for us now that the racing mower is coming to a close.

For the chassis of the go kart we are going to keep it simple: low carbon steel square tubing, welded in a relatively flat pattern.  The wall thickness will be around 0.120 inches for the tubing so it will be strong but not too cumbersome.  Because we are not going faster than 20mph while competing at Maker Faire, the chassis doesn’t need to be anything special.  It’s more or less a frame where we can add on components such as motors, motor controller, batteries, and wheels/ tires without being too constricted to tight fits.

The theme / look of the Power Wheels is probably just as important as performance for this type of event, as it counts towards a lot for the competition.  We are still trying to finalize a theme for the go kart and have come up with some unique ideas, such as a reverse Reliant Robin.  The Reliant Robin is notorious for being unstable due to it having only one wheel in the front, and has gained popularity in the car show Top Gear, where the presenters exaggerate the instability of the vehicle through violently turning it around tight corners at speed. 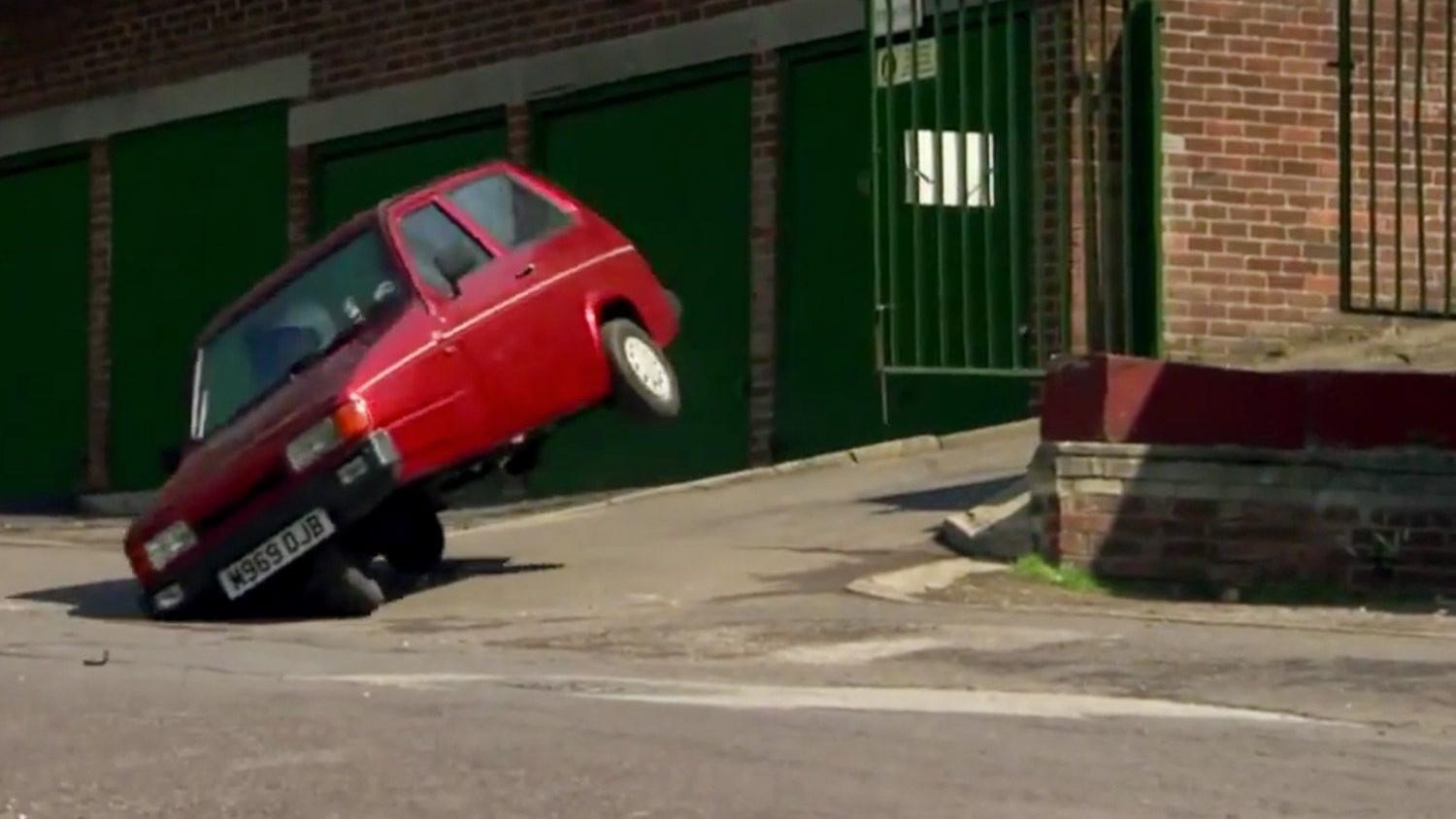 However, instability is not our goal here as we would like to be competitive.  So to increase the stability while retaining the iconic humor the car has associated with it, we thought to have the body of the car in reverse while the go kart goes forward.  This allows for more stability due to there being two front wheels in front instead of one, and looks like the kart is going backwards while it is going forward! We haven’t finalized this design yet but it is in consideration as it would be humorous and unique in our eyes.

We still have to figure out the drivetrain and electronics end of things before we start to worry about aesthetics and even a simple chassis, as a reliable drive system is of utmost importance for us.  James has been working on getting stepper motors working with an xbox controller, and he should have a couple blogs discussing that soon.