Florida Atlantic University’s Human Powered Submarine (HPS) team traveled to England in July 2022 to take part in the European International Submarine Races (EISR). The HPS members competed against teams from various universities around the world in the 11-day event, in competitions that tested various characteristics of the teams’ submarines, including speed and maneuverability. Such international races were pioneered by FAU in 1989, and the university’s team has competed regularly in the races ever since, gathering several prizes and speed records along the way.

A Human Powered Submarine is ordinarily composed of a main hull, various control surfaces, and complex internal mechanical systems, which are all operated manually by a ‘pilot’ pedaling onboard. All these systems are designed and built primarily from scratch by the students, with guidance and support provided by technical staff and faculty in the Ocean and Mechanical Engineering Department at FAU.
Our drivetrain utilized many different sized bearings provided by our gracious sponsor, Boca Bearings. The drivetrain for the counter-rotating propellers utilized multiple gearboxes and two drive-shafts which all needed bearings. We believe that we will have a shot at the speed record after making a few adjustments to our steering system. With only a few light pedals from our pilot, our submarine was able to take off like a torpedo and was faster than most submarines at the competition.
With great speed comes great responsibility.
Thank you Boca Bearings! 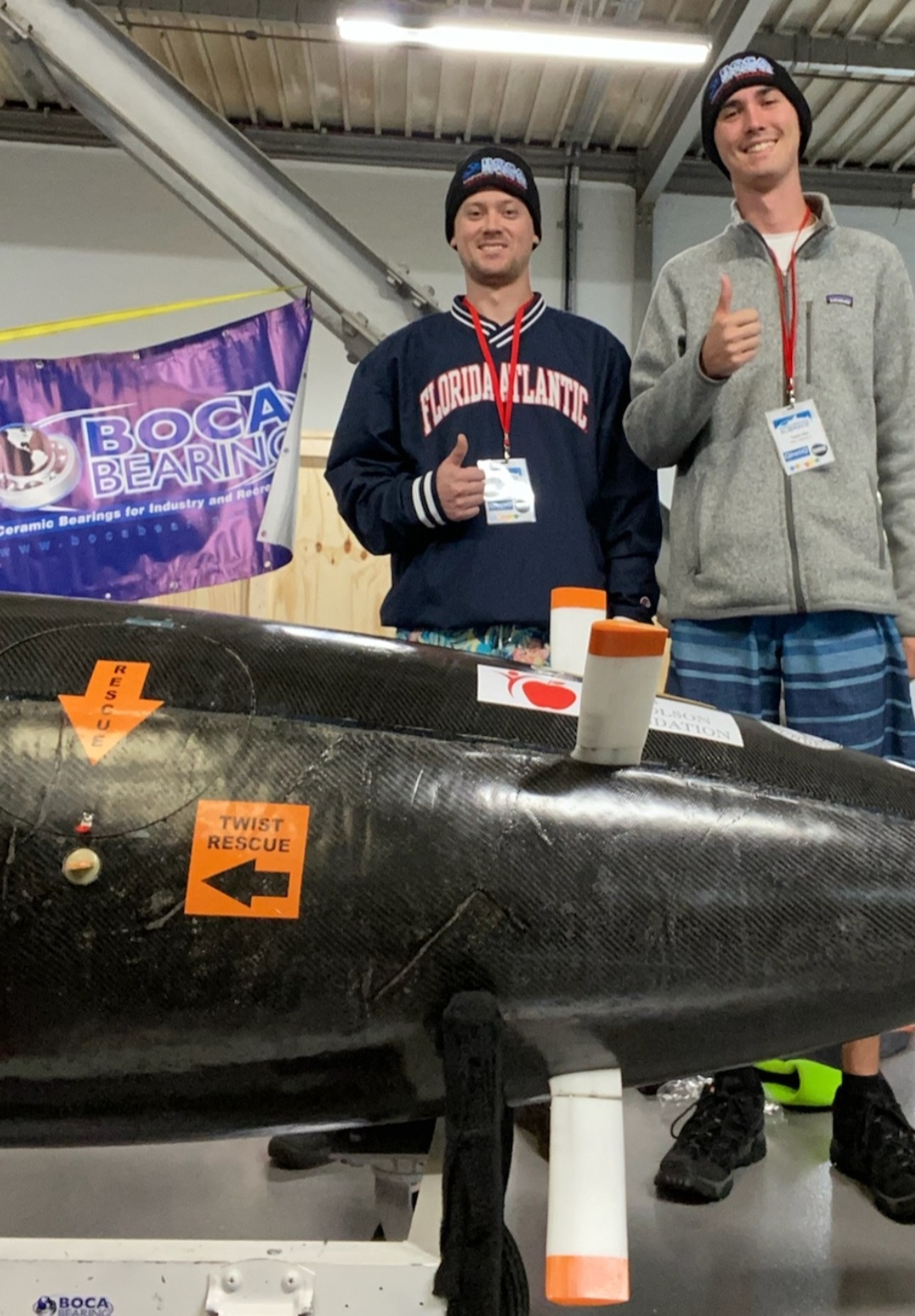