Over the past few weeks, I have continued working on the EezyBot MK2 Robotic Arm found on Thingiverse. The assembly and printing of the robotic arm were relatively simple, however, wiring and solving power issues for the arm have taken quite some time. When I used a breadboard to test the wiring for the servo motors, everything seemed to be working accordingly. However, once I attempted to solder the power and ground lines for the potentiometer knobs and servo control board, the arm would begin to twitch quite aggressively. I wasn’t sure as to why this was happening so I attempted to find answers on the Arduino forums, hoping I was not the only one having this issue. Unfortunately, I did not find much to help so I instead attempted to start from scratch with the electronics.

By starting from the beginning, I carefully redid all the wiring to ensure that there were no loose wires that could cause short-circuiting. Once I completed this, I worked on plugging in the connections to the Arduino and the power supply. Once again, the robot did not want to cooperate and continued to shake and twitch. At some points, some motors just did not even react when the potentiometers were turned. I decided that after these two attempts at making the connections by soldering failed, I would use a small breadboard and jumper pins to connect the ground and power lines, Though this isn't ideal, I wanted to make sure that the arm would be reliable for extended use.

Once all jumper pins were connected, the arm began to start working as intended. I tested each motor by twisting the corresponding potentiometers and noticed that the servos that control the horizontal axis and the claw grip were not responding. I was not sure why this was happening so I disconnected the arm’s servos that were not working and temporarily plug in new servos into the control board. Thankfully, this allowed for each servo to move independently. I believe that the motors could have possibly burnt out when I was configuring the power supply that the servos would need. Another possibility is the motors could have broken when I was testing the arm and it fell off the table from the aggressive twitching by the servos, not my proudest moment.

Though most of these problems could have been avoided if I used a servo controller that could be directly controlled through a computer, I wanted to create a more permanent solution that could work with only needing an external power supply. Through extensive trial and error, the robotic arm does work but can be quite temperamental. Usually, all that is needed to fix this is to unplug the power and plug it back in, the true first step with troubleshooting any electronics! I also replaced another servo to ensure that any burnout or wear that occurred when testing the robot would be avoided. Despite these setbacks, this was an extremely engaging project as I truly had to test the limits of my electronics knowledge and abilities. 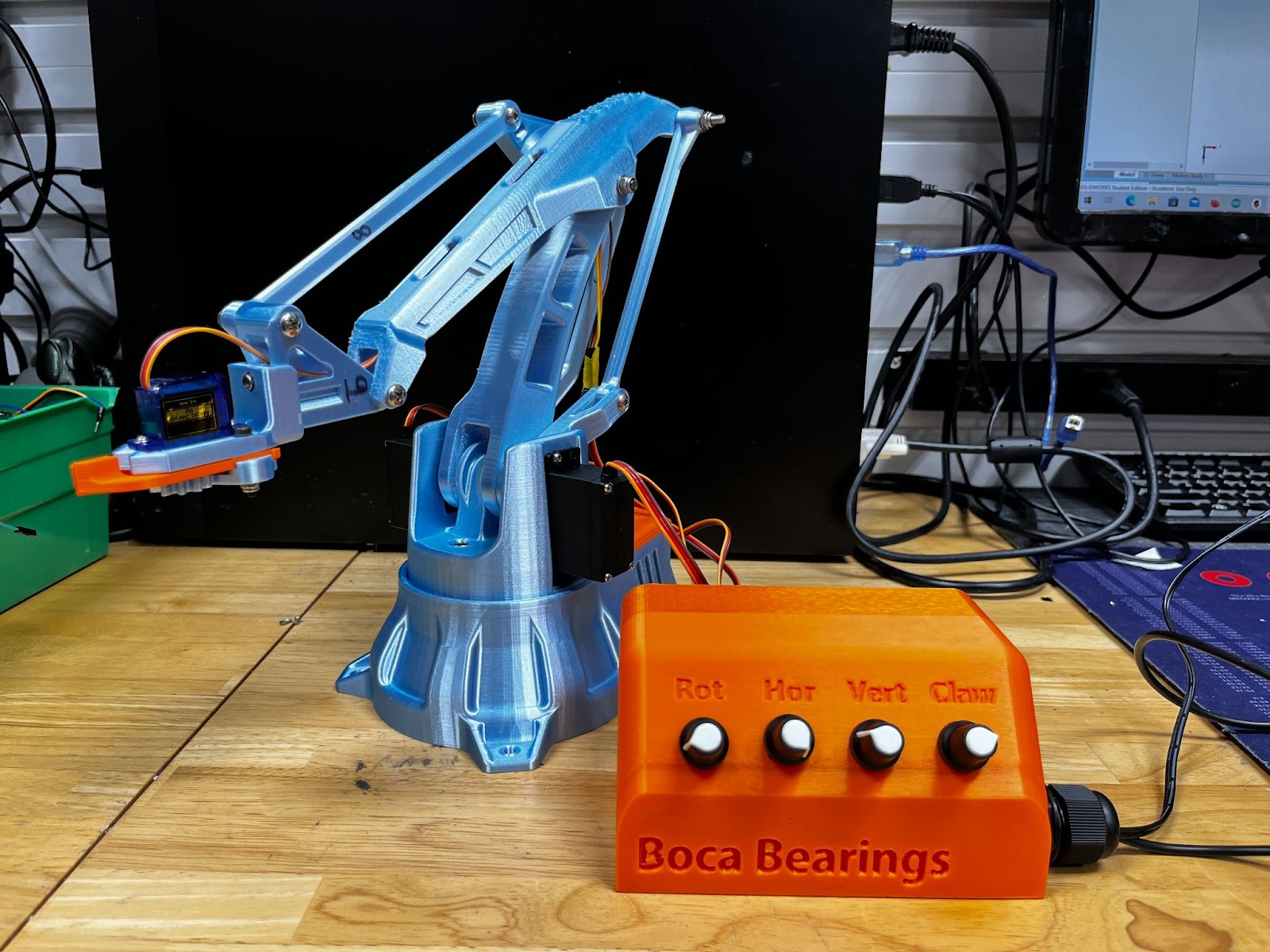 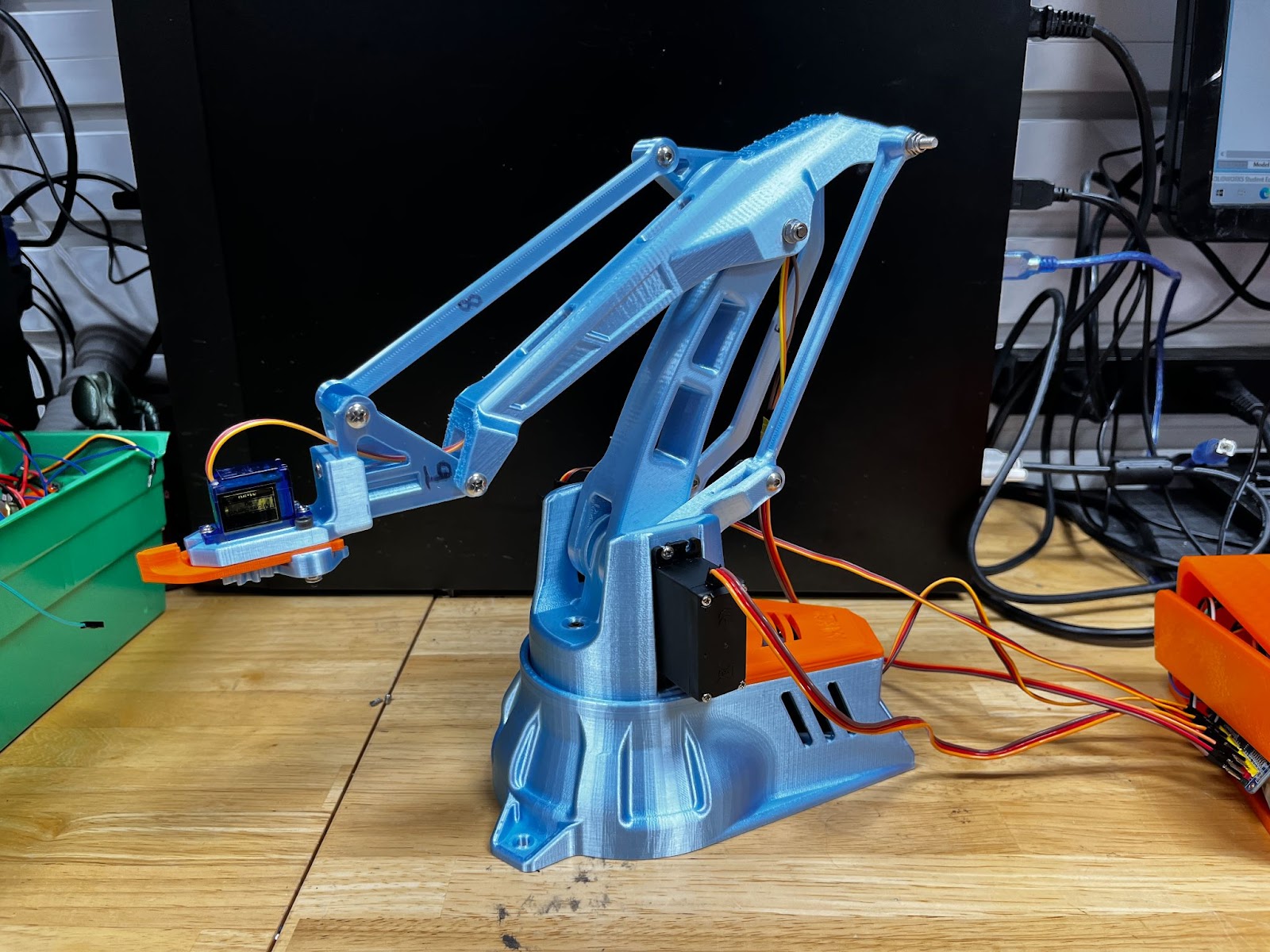